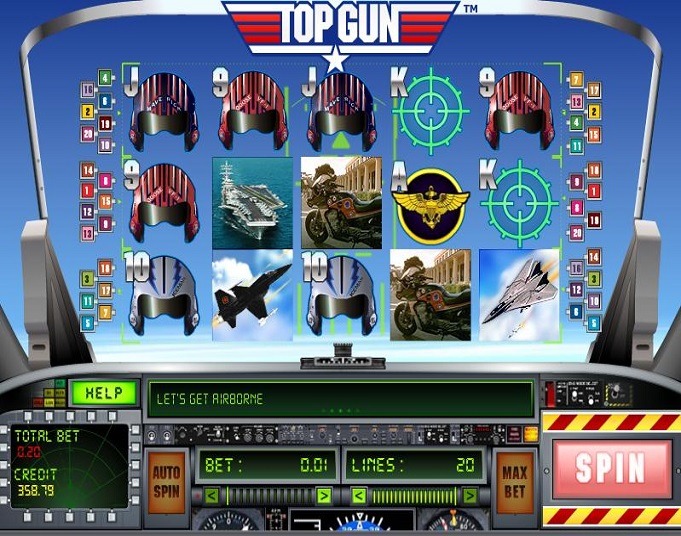 Although it’s now time for Playtech to throw their hat in the ring with a release based on the 80’s classic film starring Tom Cruise, Top Gun.

Whilst the game is not yet readily available for testing, the various videos that have been released show the slot game will not comprise of the traditional 25 / 30 payline Playtech slot, but instead opting for 243 ways to win. This method of payout offers a great deal of value to casino punters.

Bonus features will include the ‘Danger Zone’ free spins bonus. The bonus will likely be triggered randomly to follow suit with similar Playtech titles.

The Israeli owned company have made a name for themselves basing slot games upon popular movie titles, including Iron Man and Rocky.

As soon as the game is officially released, we will ensure it is fully reviewed on site along with a freeplay version of the game.

You can play more Playech titles like Top Gun at these online casinos: