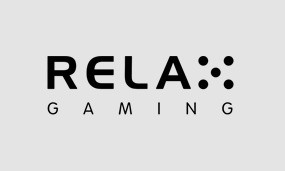 When you think of online casinos, you probably don’t pay a huge amount of attention to the companies that have worked hard to produce the biggest and best titles around. The fact is this though: they are the unsung heroes of the casino world, who make the enjoyment and prizes all possible. But which companies are the biggest in this area, and which games are they responsible for?

Microgaming is the biggest online casino software manufacturer in the world, and many players actively seek out games that bear their prestigious name. Based in the Isle of Man, they offer over 600 different games to online casino players, and they are among the most prominent and best known around. There’s no doubting the area that they’re best known in though: progressive jackpots. Their machine Mega Moolah consistently has the highest jackpot around and holds the record for the biggest ever win – a prize that was worth a staggering £13,209,300, won by a lucky player from the UK. Other popular Microgaming slots include Jurassic Park, Bridesmaids, Titans of the Sun, and Bar Bar Black Sheep.

Playtech is almost certainly the second biggest online casino games manufacturer in the world, behind only Microgaming. Their games are found at a raft of different online casinos, and include slots and many different varieties of table games. They have been around for a really long time, as they were founded in 1999, and have their origins in Estonia. Like Microgaming though, they are now based in the Isle of Man. They have recently purchased both Quickspin and BGT, two other large names in the world of online casinos. Games to look out for include Rocky, Monty’s Millions and many slots featuring your favourite Marvel characters.

IGT – which stands for International Game Technology – was founded in 1990, and initially made slot machines for land-based casinos. With the advent of online casinos though, they moved into the virtual world, and have established themselves as a huge player. They are based in London, but also have offices in the USA and Italy, and have games at most of the main online casinos. When it comes to their slots, some of the best ones include Cleopatra, Cluedo and Da Vinci Diamonds.

BetSoft have only come to the fore at online casinos recently, but they are fast becoming one of the most recognised names in the world. Their forte is an easy one to see, as they produce the best looking 3D slots around, which are usually packed with fantastic features and offer some really huge prizes. Some of their best games include Gladiator, Alkemor’s Tower and Greedy Goblins, however pretty much any game you pick will be incredibly entertaining.

The final one of the really big names to mention is NetEnt, which is short for Net Entertainment. They’re a Swedish company founded way back in 1996 and now offer over 300 different casino games to players at online casinos. What’s more, they are also one of the more prominent companies offering live casino games, plus they also specialise in mobile casino games. Of the many titles they’ve produced, some of the best include Aliens, Champion of the Track and Joker Pro.