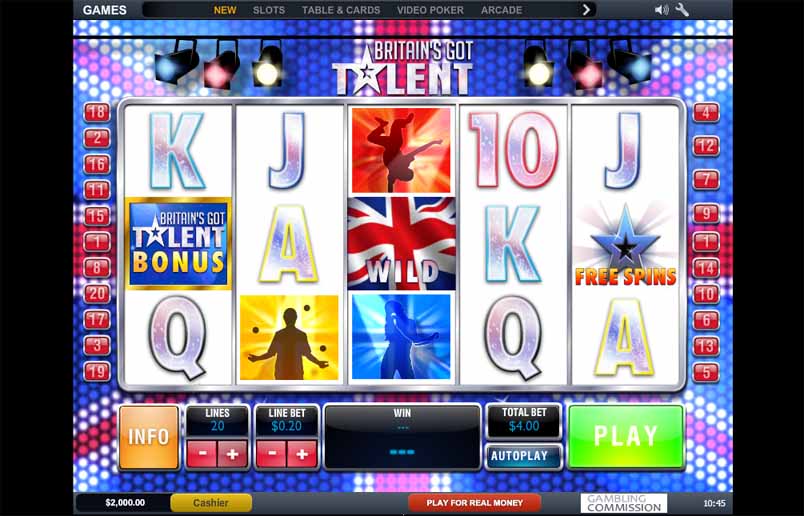 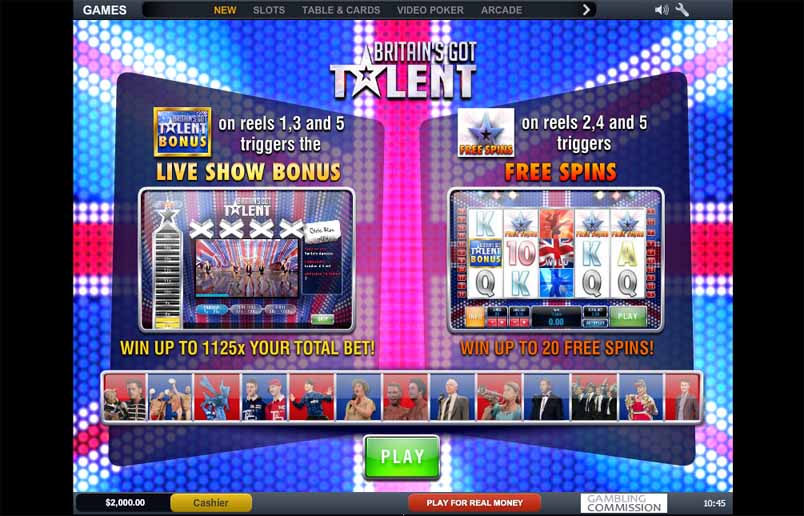 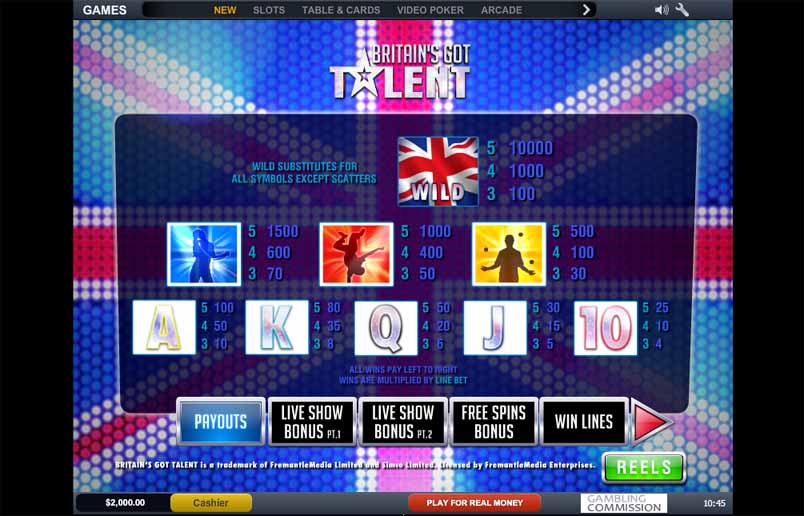 Based on the popular talent show of the same name, Britain’s Got Talent is now a video slot machine as well. Everything about the game is British, including the Union Flag that makes up the game’s backdrop. The symbols used in the game are jugglers, singers and dancers. The wild symbol in the game is represented by The Union Jack Flag. It is a high value symbol and if a player is lucky enough to get five of them on the screen after a spin they win big. The game’s bonus symbol is represented by the name of the show.

During gameplay, music from the actual show keeps users engaged in the action. This music is part of the standard gameplay but is also included in the bonus games. There are two parts of the bonus game, which is triggered by just the right number of the appropriate symbol, and part one is set up like a live show. This round of the bonus game is easy to play as it only involves choosing one of three types of acts (musical, dance and novelty) that are regularly performed on Britain’s Got Talent. Whichever act a player chooses comes with a random prize.

Players then move on to part two of the bonus round and watch the act that they chose perform for the show’s four judges. If the act a player picks is chosen by the judges the player gets cash prizes. The amount of the cash prize they get is based on how the crowd watching the show responds to each act. A meter monitors the crowd reaction and uses it to determine how much a player wins. If the act a player chooses makes it through the Audition, Semi-Final and Final, the player wins the maximum multiplier the game offers.

One unique feature offered in this game that other slot machines don’t is that if players choose to use the autoplay feature they get an extra 25 spins when they win.