Call of the Colosseum

Ancient Rome is the setting for this Rome themed online slot game, Call of the Colosseum. The game takes place in Rome’s ultra famous Colosseum and incorporates the events that were often held there.

During gameplay, a Roman Emperor based on Julius Caesar sits and watches the action, with an audience in the background. All of the game symbols are associated with the Roman Empire. This includes a pair of Roman style sandals, the Emperor, with a beautiful lady by his side, Gladiator helmets, shields, spears and tigers.

The game’s wild symbol is represented by the Emperor and only ever appears on the second, third and fourth reels. The shield is the game’s scatter symbol, which pays out winnings and free spins to players. They have to get three or more of the shield on the reels at the same time to win 10 free spins. Any winnings a player gets from free spins are automatically doubled. During free spins the Emperor will appear on the reels and give either thumbs up or thumbs down. Every instance of thumbs up gets players three more free spins.

The thrill of the game comes from its portrayal of the Roman Empire as an intense period of time. History buffs often flock to this game for its high quality symbols, graphics and sound effects. 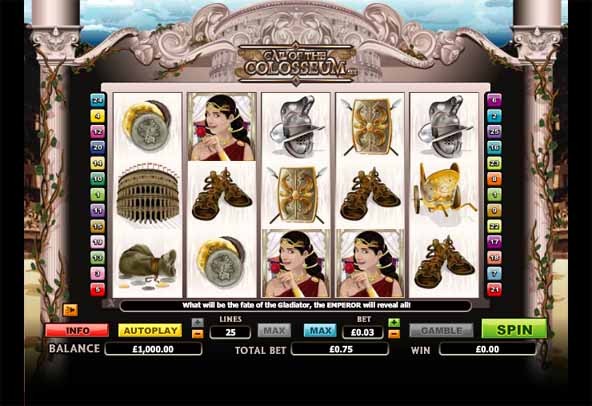 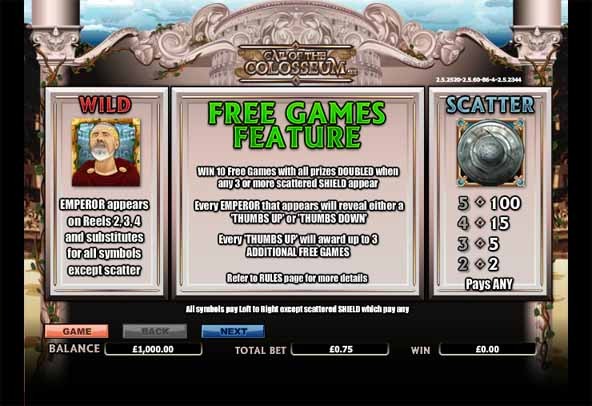 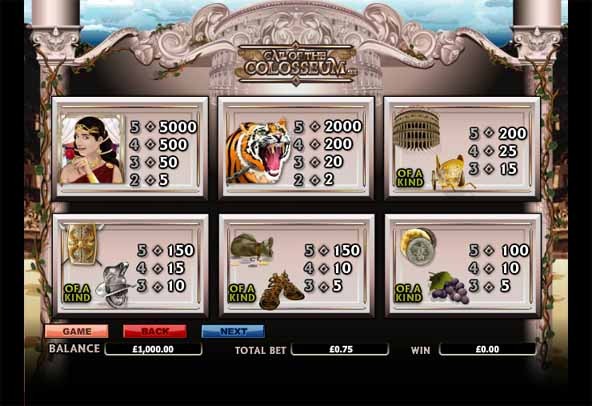