Heavy Metal Warriors is an online video slot machine game that depicts women in positions of ultimate power. There are four female warriors in total and each of them represents the game’s highest paying symbols. The background of the game screen shows a rocky, misty scene in which the warriors are front and center. When winning combinations of symbols are achieved during gameplay the warriors come to life.

The warrior worth the most is the one with windswept dark hair, followed by the warrior with dark hair, the blonde and the auburn haired warriors. The game’s wild symbol is the word “Wild” written on a shield. This symbol can land on the second, third or fourth reels and becomes an expanding wild. This triggers a re-spin of the reels for free, which can happen up to three times in a row.

The scatter symbol used in the game is the words “Heavy Metal.” When players get three of them on the reels at once they win free spins. Players must choose one of the three symbols on the screen to determine how many free spins they win. When free spins are being played the wild symbol will only ever show up on the fifth reel. The appearance of the wild symbol triggers a warrior either wielding an ax or firing an arrow. The two symbols players see to the left of the wild symbol also become wilds. This has the potential to reward players with big winnings.

Complete with special effects that include a guitar riff, Heavy Metal Warriors combines the best of both worlds, giving it worldwide appeal to players of all ages. 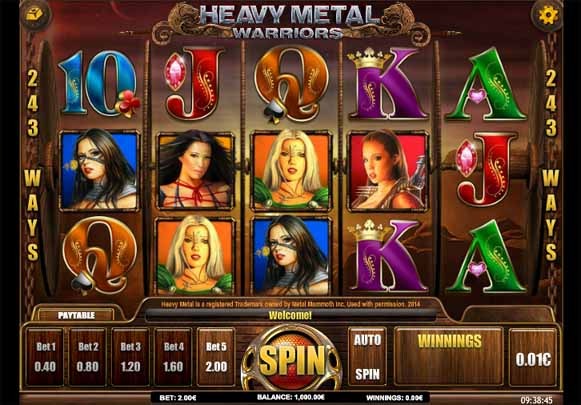 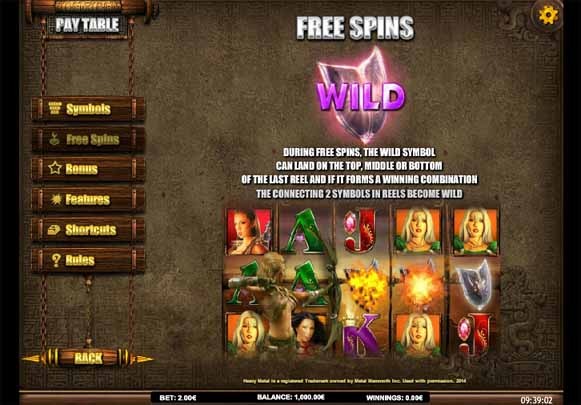 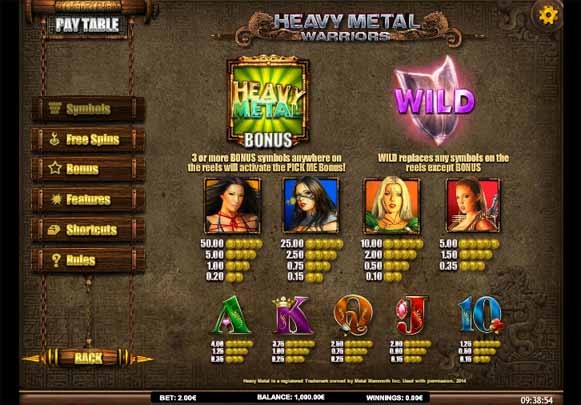