James Win is an online slot machine game based on the James Bond character. Fans of the movies enjoy the games because they include some of the same elements. The symbols seen on the reels of this game include fast cars, Martini cocktails, luxury watches and some of the characters from the movies.

The game’s wild symbol is its logo with the word “wild” written on it and the scatter symbol is a pair of binoculars. When players get at least three of them on the reels they get seven spins for free. During the free spins, the game’s Lady Spy symbol may land on the reels and if it does six more wilds are added to the reels. Each symbol comes with a multiplier that doubles the amount it is worth. If players get four wilds as part of a winning combination of symbols they win 16 times the amount they would have otherwise.

The James Wins bonus game is the London Chase. It is activated when the Villain symbols lands on reels one, three and five within the same spin. The London Chase is set up as a board game and players must spin a wheel to determine their move. If a player lands on the board’s mission tile another game panel is seen on the screen and holds objects behind which are cash prizes players can win. Lucky players that click on the unlock prizes message get every cash prize on the screen. Completing all of the game’s missions takes players to a new game screen showing a secret room where they will win either one or both of the bonus rewards in the room.

The uniqueness of the bonus game has helped James Wins attract players who want to do more than just spin reels. 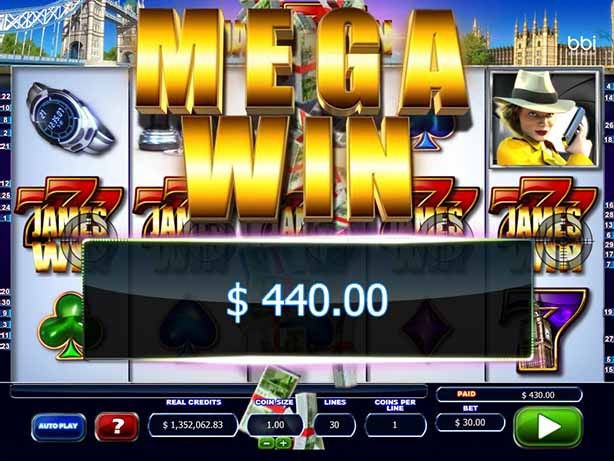 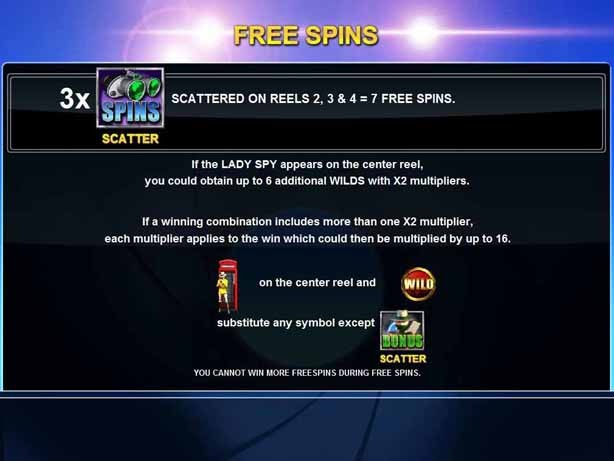 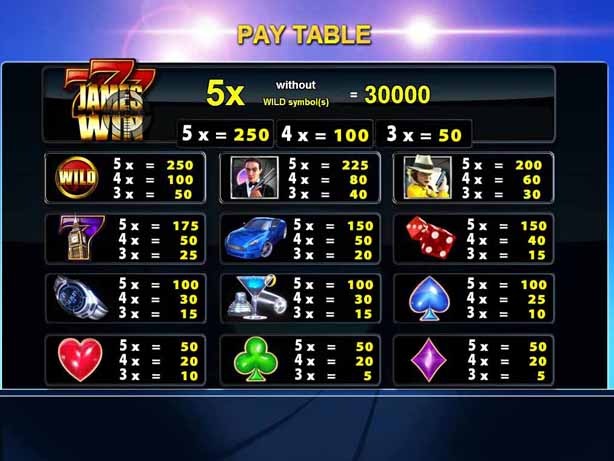