At the top of the game screen, to the side of the reels, players will see Lady Robin Hood holding her bow and arrow, looking ready to spring into action when needed. The pathway of a forest serves as the support for the reels seen on screen. Symbols used in the game are taken from the fairy tale, such as quivers, coins, flagons and Lady Robin herself.

The game’s wild symbol is simply the word “wild” while the scatter symbol is the game’s logo. When players get three of the logo symbol on the reels at once the free spins bonus is triggered. Players get 10 free spins with a multiplier that doubles their winnings; they also get three arrows. During the bonus round a shield can be seen directly above the second, third, fourth and fifth reels. Shields each have four different positions and when they are filled the Locked Wild Reel feature is triggered. With every spin of the reels, one position is filled. Upon filling all of them players get one reel in which all the symbols are wild. This lasts until the end of the free spins round.

Lady Robin Hood is a real treat for those who enjoy fairy tales and anyone who is looking for a fun and profitable slot machine game to play. The graphics and sound effects make the story of Robin Hood come to life. The game is easy to learn and the symbols used are reminiscent of the magic and adrenaline rush that the story gave a generation of children. 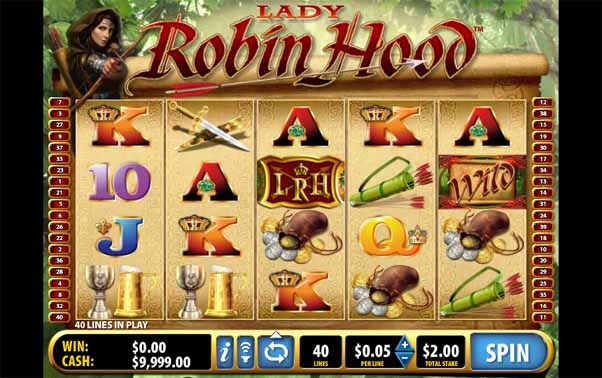 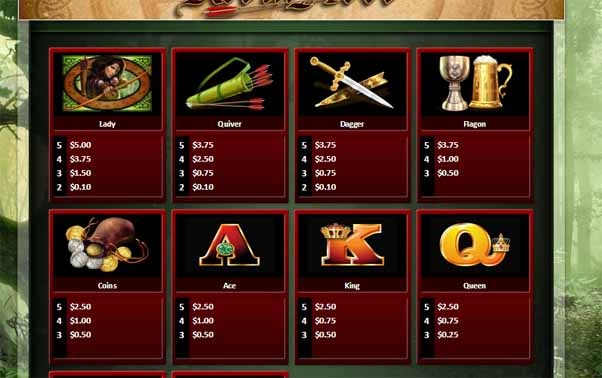 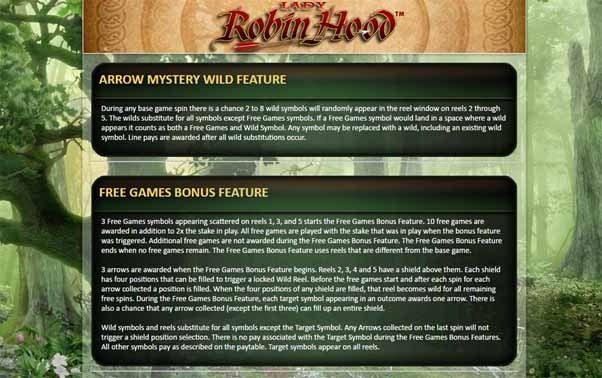