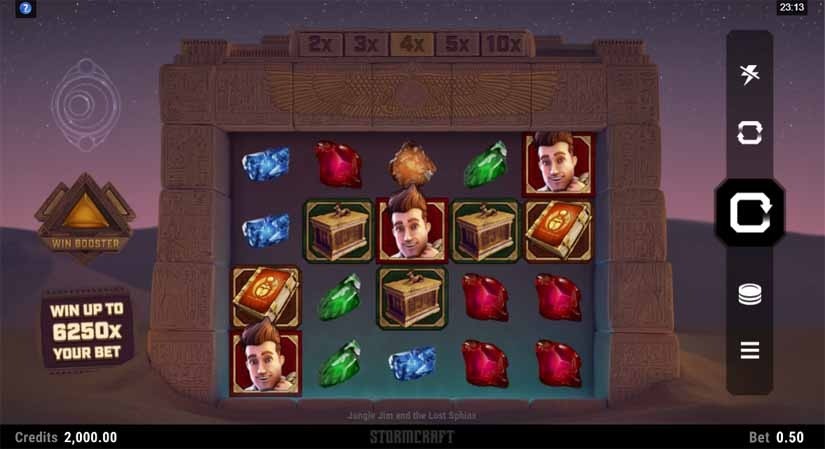 Players have previously been introduced to Jungle Jim in his original online slot machine game He’s back for Jungle Jim And The Lost Sphinx. The premise of this game is that Jim is in Egypt to track down a sphinx that has gone missing. A fitting soundtrack accompanies his journey to track it down.

Set in the deserts of Egypt, players will see the stars in the night sky, behind the reels, which are contained within the walls of a stone temple.

The important symbols on the reels include pots of gold, the Book of Dead and a treasure chest. Jungle Jim is the scatter symbol and the wild is represented by the logo used for the game. On top of the reels is the multiplier trail, which is one of the main features of Jungle Jim and the Lost Sphinx.

This game is loaded with the bonus features players remember from Jungle Jim’s previous adventure. One of them is the rolling reels. These are used during the bonus round to help players win more money.

After rolling reels result in a winning combination three times in a row, players automatically get another re-spin for free. When this happens, they move one step along the multiplier trail. After any losing spin of the reels, players are sent back to the multiplier trail’s default setting.

The free spins bonus feature is triggered when players get three of the scatter symbol on the reels at once. They get 12 spins to play for free and the multiplier trail may give them a boost of up to 20 times the amount of the bet that triggered the bonus.

While free spins are being played the center reel may get golden sphinx symbols. For every golden sphinx, players get one additional free spin and an increased multiplier.

However, three scatter symbols is not the only way to trigger free spins. Getting only two of them triggers the Win Booster. 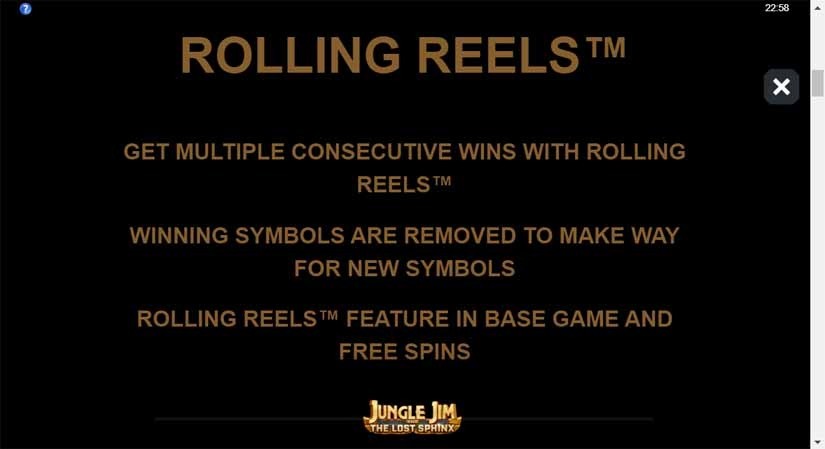 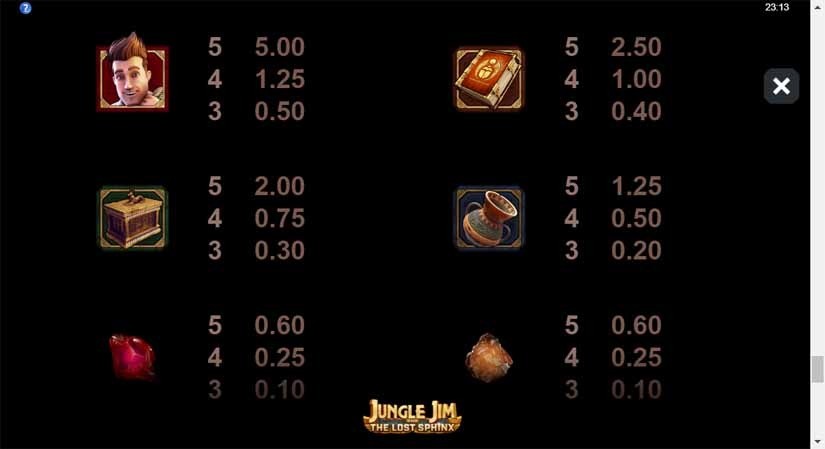 Those who enjoyed the original Jungle Jim slot have been eagerly awaiting its sequel. It has just as much to offer as the original game does. Even those who aren’t familiar with the character will find that this game is worth playing. Its exciting bonus features give players the rush of adrenaline they are seeking.