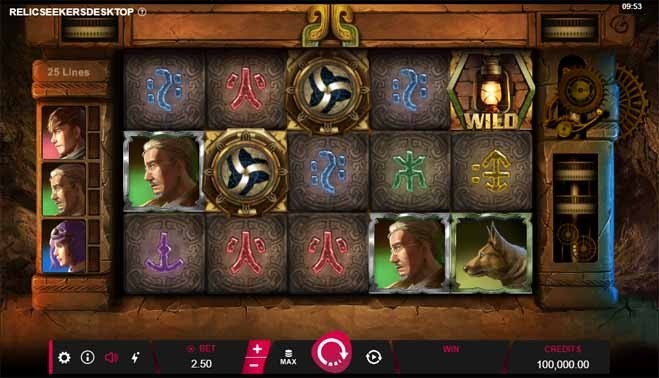 Relic Seekers is a dark online video slot set under the ground. It can be eerily quiet, which helps set the game’s creepy tone. The darkness of this game is appealing to players who enjoy these types of themes.

The background of the game is a dark cave. The cave is full of cogs and gears, which players see and hear on either side of the reels. The symbols seen on the reels include a lantern, which serves as the wild. There are also an unidentified, boy, girl, and man, as well as an Alsatian dog. A gold portal serves as the game’s scatter symbol.

One of the features Relic Seekers boasts is cascading reels. This is a feature that replaces symbols on the reels with other symbols when a winning combination is formed. The reels keep cascading until the first time it does not result in a winning combination. When this happens, players must pay for the next spin in order to continue the game.

The cascading reels occurring twice within one spin turns any of the girl symbols on the reels into wild symbols. Cascades continue, and if four of them in a row occur, the man symbol becomes wild. Again, cascades continue and six of them turn the boy symbol into wilds. If this happens, every symbol of a human becomes a wild symbol, so players win more money.

Another of the bonus features is free spins. Players get this bonus if they get at least three of the portal scatter symbols on the reels at once. The game awards them with 10 spins of the reels for free. 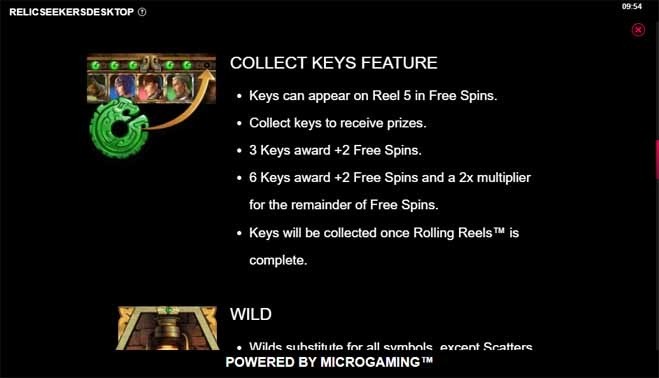 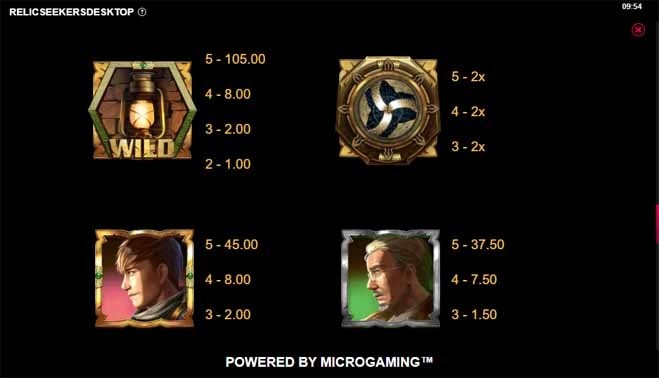 There are players who enjoy Relic Seekers for its simplicity and players that are searching for more from a slot machine game. Its few bonus features are enough to entice players who enjoy games with cascading reels, a feature that is so popular because it increases a player’s chances of winning money.

One thing this game has going for it is its sound effects. They add to its theme and help immerse players in the world. This is something that many players appreciate, as it makes the game feel like its more realistic.