Fans of the movie Platoon will enjoy its online slot machine game called Platoon Wild. Head shots of each character from the movie are feature in the game. Action takes place in a jungle meant to represent Indochina’s war zone from the movie.

The symbols used in the game the characters Chris Taylor, Sergeant Elias, Staff Sergeant Bob Barnes as well as King. Those who saw the movie will recognize each character’s head shot. Non character symbols seen on the reels include bullets with the word bar on them and a wild badge. There are also symbols representing the game’s jackpot and free spins. During gameplay background animations include helicopter rotors and explosions. Players will also hear gunfire in the distance.

The scatter symbol in the game is the words “free spins.” When players get at least three of this symbol on the reels at once they get eight spins for free. Each free spin comes with a multiplier that doubles a player’s winnings. The only win the multiplier doesn’t get used on is as a jackpot win. Players win the jackpot when they get the symbol on the reels nine times. If they only get three or four of the jackpot icons they win as much as five times the amount of their bet.

Platoon Wild is a tribute to the movie that makes this game one with timeless appeal. As long as people are watching the movie the game will likely continue to be played online. 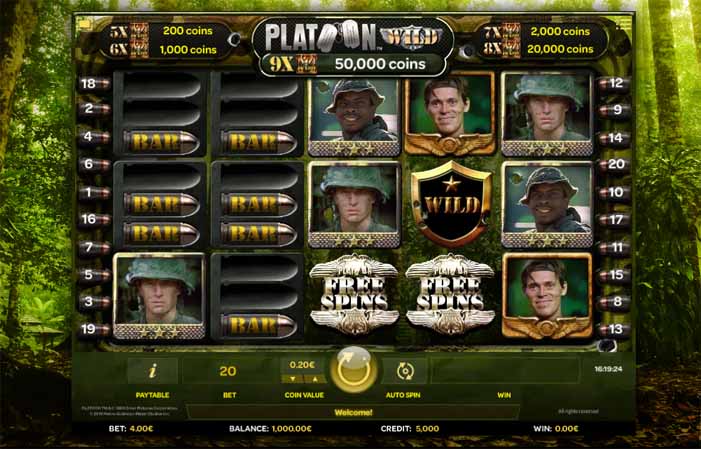 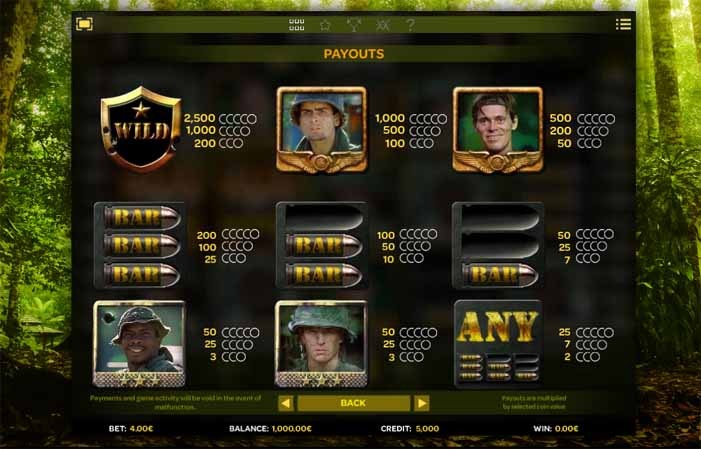