SunTide is a very simple but very bright and colorful slot machine game similar in style to the old fashioned fruit machine slots. Players will find that the game’s symbols are delicious looking fruit, as well as a summer sunset, which serves as the scatter symbol. The vivid graphics and the soothing sound effects heard in bonus games makes SunTide therapeutic for even the most stressed out player.

The standard symbols used in the game are lemons, cherries, strawberries, watermelons, diamonds, liberty bells and the number seven, while the scatter symbol is a sunset. Getting five of the diamond symbol on the reels at once leaves lucky players with a big payout of roughly 11 times the amount they bet. The game’s wild symbol pays 10 times a player’s bet when it is included in a winning combination of symbols. The expanding wilds used in the game appear on the third reel or the middle reel during standard gameplay only.

When players get three of the games’ scatter symbols on the reels after a single spin the free spins bonus feature is triggered. The three scatter symbols can appear anywhere on the game screen and still trigger the free bonuses. Players are then rewarded with 15 spins of the reels for free. They have the potential to win as much as 100 times the amount they bet on the spin that triggered the bonus. To help increase their chances of winning, in the free spins bonus feature the expanding wilds may show up on the second reel, fourth reel or both.

The simplicity of SunTide is part of its appeal to many players. It is a game that players can sit back, relax and enjoy knowing that they have a chance of walking away with some awesome prize money. 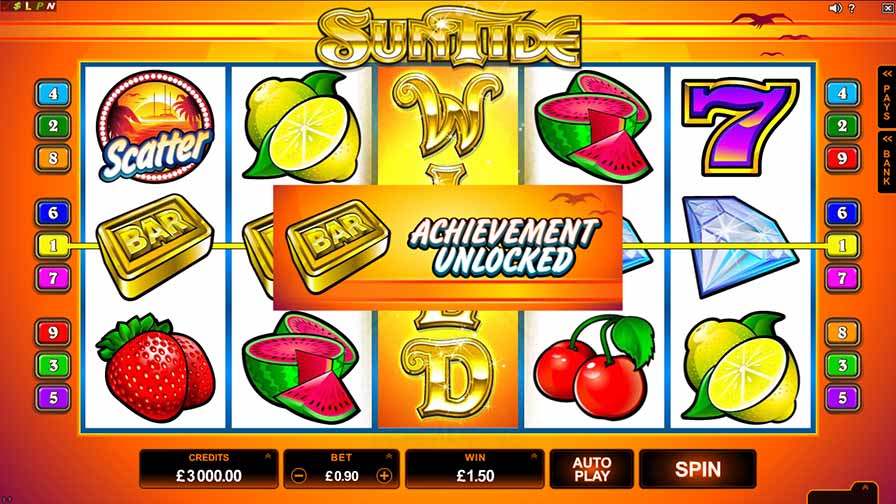 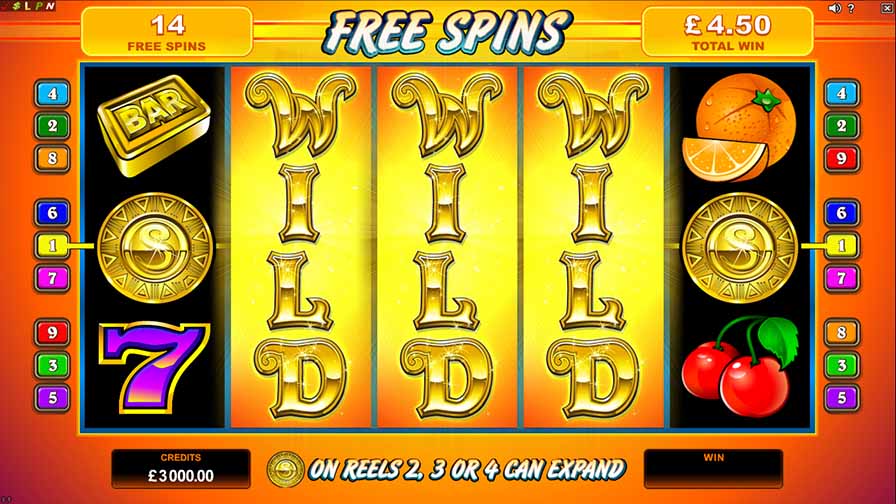 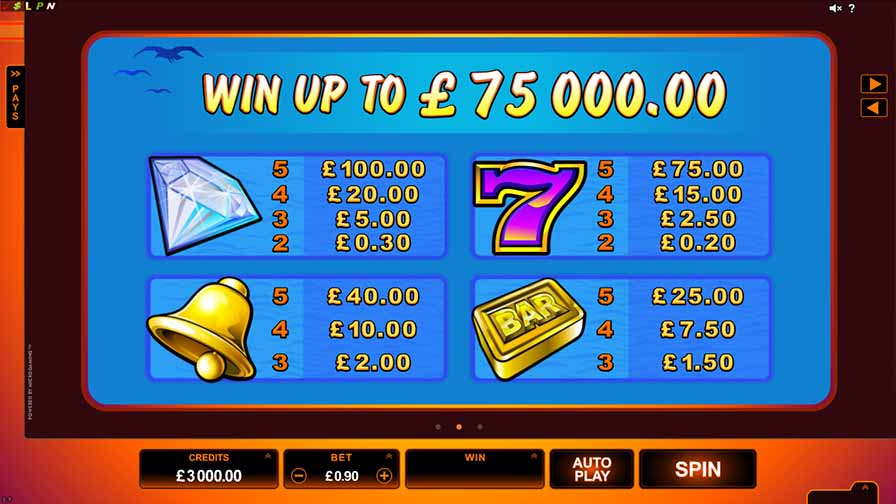