Players are taken back to the 18th century in the online video slot The Wolfe’s Bane. It is set in a village that has come under attack by werewolves. The premise of the game is that the residents of the village have decided to fight back against the werewolves. The nighttime air is punctured by a haunting soundtrack that includes the chatter of the villagers, crows, and other mysterious sounds.

Behind the reels players will see the village where the game takes place. It is a dark and dreary place with ancient houses and withering trees. A glowing moon can be seen behind the trees.

However, the reels themselves are invisible so as not to detract from the game’s background. On the reels are symbols such as:

In keeping with the creepy mood of the game, even the standard playing card symbols have blood on them. When it comes to special symbols, a glowing moon is the game’s scatter symbol, an angry werewolf bearing his teeth is the wild symbol and one of the village residents, armed with a crossbow, serves as a bonus symbol. The two highest value symbols on the reels are the soldier armed with a gun and the wild.

If players get the village resident with the crossbow on the first, third, and fifth reels at the same time, triggers the pick and click bonus. Players click on a bonus symbol and win the amount of cash the symbol is worth.

Getting at least three of the glowing moon scatter symbol on the reels at once triggers the game’s free spins feature. When this happens, a wild boar appears in front of players’ eyes. He will then choose from among the game’s four bonus features.

Those four bonuses are regular, spreading, expanding and double multiplier wilds. While a regular wild is self explanatory, a spreading wild turns the symbol next to it on the reels into a wild also. An expanding wild will grow to cover other spaces on the reels if it will lead to a winning combination of symbols. Double multiplier wilds mean that players win twice the money they would have otherwise. 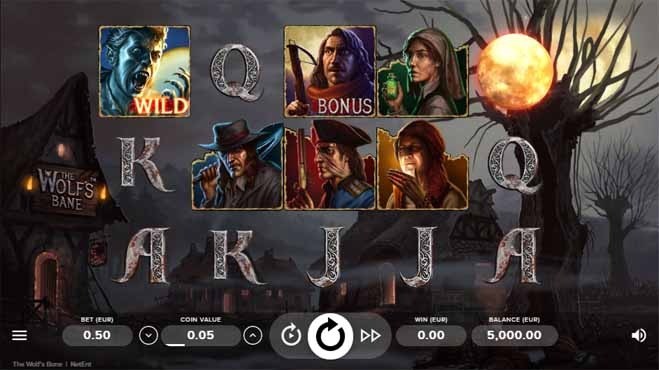 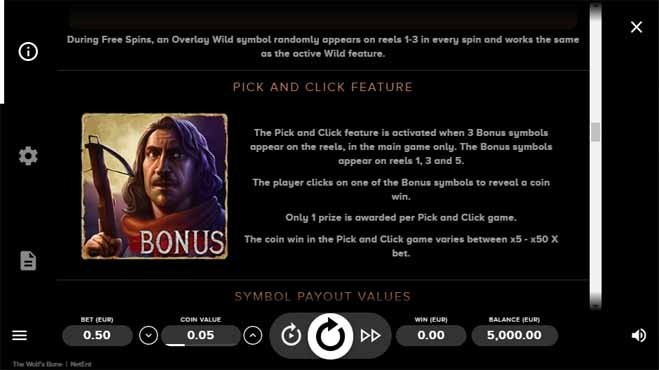 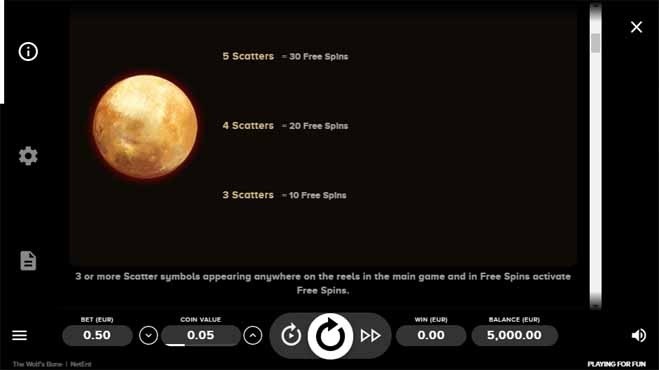 Players that enjoy being scared will likely flock to The Wolf’s Bane. The graphics and sound effects work together to make this video slot feel like a horror movie come to life. Its spine tingling action is enough to keep most players on the edge of their seats.