Push Gaming created a slot machine game that appeals to those who enjoy sports more than slots. Ultimate Dream Time combines the best of slot machines and the game of football into one. The game is set in a stadium filled with spectators. During gameplay the cheers of the crowd provide the typical background noise one would hear at a major sporting event. The game’s background is so realistic those playing it will feel like they are actually in a football stadium.

Players who want to speed up the game can use its autospin mode. When this mode is activated the reels continue to spin themselves until the player decides that they want to take over again. This is a great tool for those who are new to this slot machine and even slot machines in general. Ultimate Dream Team is simply but entertaining. If you do like your football slot games, you might also like Football Star from Microgaming. 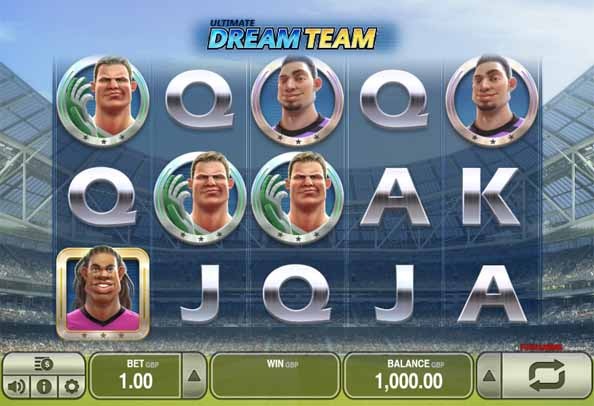