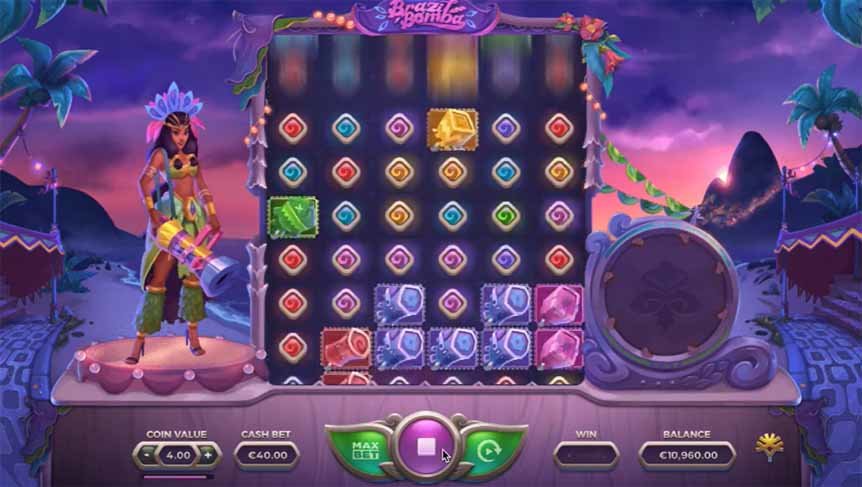 The Rio Carinval is the theme of the online slot Brazil Bomba. It takes all the fun of this event and brings it to players. The game’s sound effects set the mood with upbeat Samba music.

The game is set in Rio, on the Copacabana beach at night. Behind the reels players will see Sugarloaf Mountain. To the left of the reels is a feather clad dancer. On the reels players will see symbols such as brightly colored diamonds and drums, in purple, pink, red, green, yellow and blue. The game lacks a traditional wild symbol, but there is a bomb that could land on the second, third, fourth, or fifth reels any time. It also has a scatter symbol represented by a Parcel.

Wins don’t work the same way in this game as they do in most other slots. Winning clusters of symbols can be created. When they are, the dancer beside the reels lights those symbols on fire and they disappear. They are then replaced with all new symbols, which may trigger another win. This continues until no winning cluster is formed from symbols dropping onto the reels.