Let’s face it – Quickspin make some absolutely awesome games. So, we’re always really excited when they release a new title! One of the newest names in their repertoire is Ark of Mystery, a slot with adventure at its core, as well as some really impressive prizes. But what exactly do we think of this online slot machine, and do we think that you should head out and play it? You’ll find out when you read through our comprehensive Ark of Mystery slot review!

Ark of Mystery is a slot with five reels and 20 paylines. This means that it doesn’t have the highest number of paylines around, but that’s okay, as the excitement levels are still always really high. The paylines at this slot are fixed, so you’ll always have to have all 20 active. If you’d like to see how the paylines are spread over the reels, you can do so by looking at the game’s paytable.

When it comes to the bet amounts, low stakes players should be happy to find that they can spin the reels of this slot for as little as £0.20. High stakes players should also be impressed though, as it’s possible to bet up to £100 per spin. To change the amount of money you bet, just click the up and down arrows next to the “Total Bet” box. As always, the more money you wager, the more money you stand to win if you’re lucky.

But what about this game’s prizes? Well, you’ll find that the maximum you can win per payline when you play is an amount worth 50x your total bet, and this comes when you manage to get five explorer symbols across a payline. This means that the most that can be won per payline by those playing at the highest stakes is an impressive £5,000. When you add the multipliers and respins into the equation, you could find yourself winning much more than £5,000 though!

The first feature to mention at this online slot is the wild symbol, and this is represented by the Wild Ark symbol. This can appear on reels two, three and four when you’re playing, and it can substitute for most other symbols on the reels. This means that it’s an incredibly handy symbol to spin into view.

The final bonus to mention at this slot is the Multiplier Booster feature. The Multiplier Booster symbol appears only on the fifth reel and it’s a pyramid symbol with X inscribed on it. This is a great symbol to see, as you’ll find your multiplier increasing every time one spins into view. This multiplier is then applied to any prizes you spin in at the same time. This is the key to getting some massive prizes, so you’ll want to see it spinning into view as often as possible.

That’s everything when it comes to the bonus features at Ark of Mystery. So, there are no second screen bonuses or free spins, however you will get respins and multipliers. This makes Ark of Mystery different to most other online slots out there, and this is certainly refreshing to see.

So, what exactly do we think about Ark of Mystery from Quickspin. Well, it doesn’t have loads of bonuses, and it also doesn’t have loads of paylines. What’s great is this though: despite the lack of bonuses and paylines, you’ll still find excitement spinning into view regularly. What’s more, you could find yourself winning loads of cash, especially when the Multiplier Booster symbols come into play. So, we’d definitely recommend playing this slot at a Quickspin online casino as soon as you get the chance. 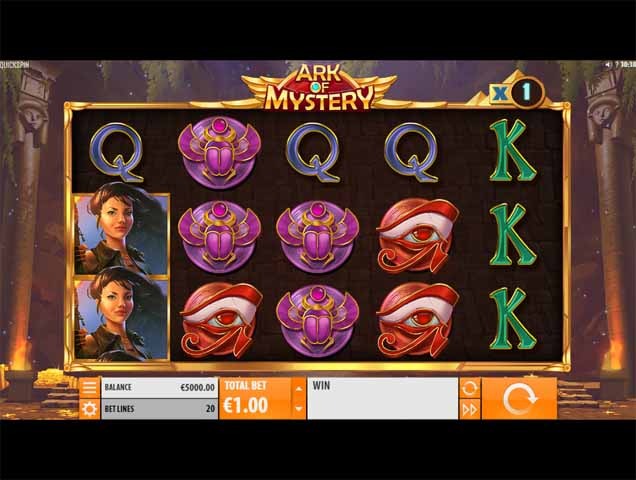 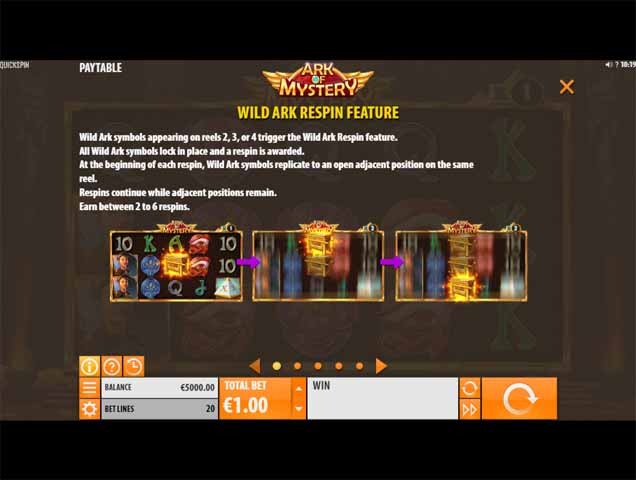