Autumn Queen is an online video slot machine that features a beautiful woman and highly relies on the colors that have come to be associated with the autumn season. It is set in the woodlands and features symbols such as a brown bear, an eagle and a deer. With sound effects that recreate a crisp fall day, this game is easy for players to immerse themselves in.

Since the game is based on things found in nature, the symbols include a deer, bears, falcons and the Autumn Queen herself, who serves as the game’s wild symbol. A crystal ball / glowing pearl represents the scatter symbol in the game. The glowing pearl, serving as the game’s scatter symbol, allows players when getting five of them on the reels after a single spin to activate the games free spins. Players can win as few as five free spins or as many as 80. It is possible for more free spins to be triggered during this gameplay. When the bonus is activated leaves fall onto the reels and cover up any stacked wilds.

The Autumn Queen Bonus is the feature that triggers free spins. When players get five of the crystal ball on the reels at oncethe round begins. The reels are then covered with falling leaves, under which are stacked symbols that help players win significant amounts of money. Players win free spins based on more crystal balls appearing on the reels and lucky players can win as many as 80 spins for free.

Though there is no progressive jackpot tied to this game players still enjoy it for its free spins. This relatively simple game is one that many players find to be relaxing. As a high variance game players often find that quick gaming sessions are the best way to walk away with a large amount of cash prizes.

Though this game is simple, it provides a chance for players to relax and enjoy the sounds and sights of the autumn season. Since the Autumn Queen is the game’s highest paying symbol players often wait in eager anticipation for her arrival. She is the highlight of the game in the minds of most players. This game is great for nature lovers and anyone else who enjoys slot machines that aren’t so fast paced as to become confusing. 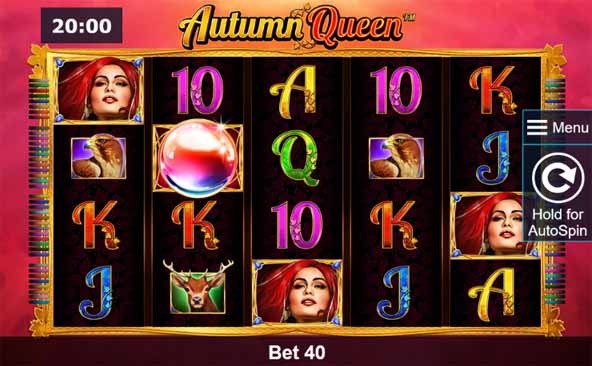 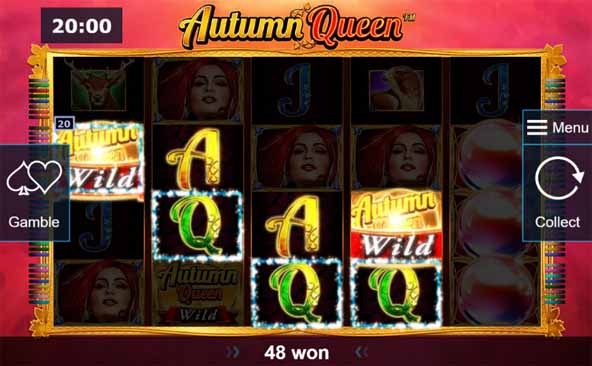 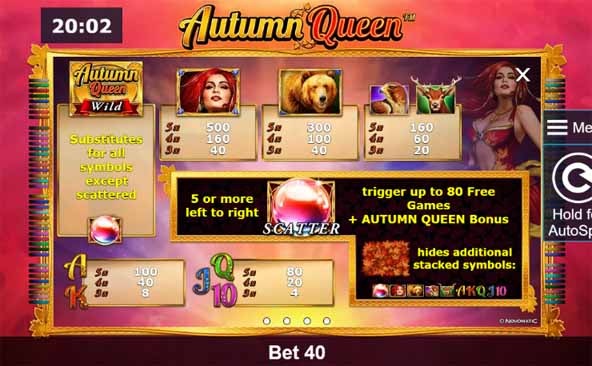