Based on the movie, the Basic Instinct online slot machine game takes place in the nightclub featured in the movie. When players load the game screen they will see Sharon Stone off to the side and a depiction of San Francisco in the background. The symbols used in the game are displayed on a dark blue background and consist of a black Lotus Esprit, pistol, handcuffs, badge and an ice pick. Sharon Stone also serves as the game’s stacked and only wild symbol.
Of all the symbols in the game the one that pays the best is the ice pick.

There are three versions of the Sharon Stone symbols. The first version is simply a bonus wild and depicts Stone wearing the white outfit she wore during the movie’s interrogation scene. When this symbol expands to cover three reels at once it activates the bonus feature. If the symbol takes up less than three, players get a screen of wilds.

In the second version of the Sharon Stone symbol she looks over the Esprit; this is the symbol that indicates free spins. If it expands to cover a reel players win a random amount of free spins.

In the third version of the symbol she wears a backless sparkling dress. This triggers the game’s wild drop feature, in which the reel moves down on the screen and the other reels are spun again. If this feature isn’t triggered players simply get more wild symbols.

The bonus game also features Stone, this time in a chair, wearing white. Below her, players are presented with a dozen boxes. Each box has a question mark on it and players must click on as many as they can before they find the one with handcuffs in it. If players click on a box and get the pistol, the game’s progressive jackpot is rewarded. In addition, whenever a player clicks a box they can watch a scene from the movie. 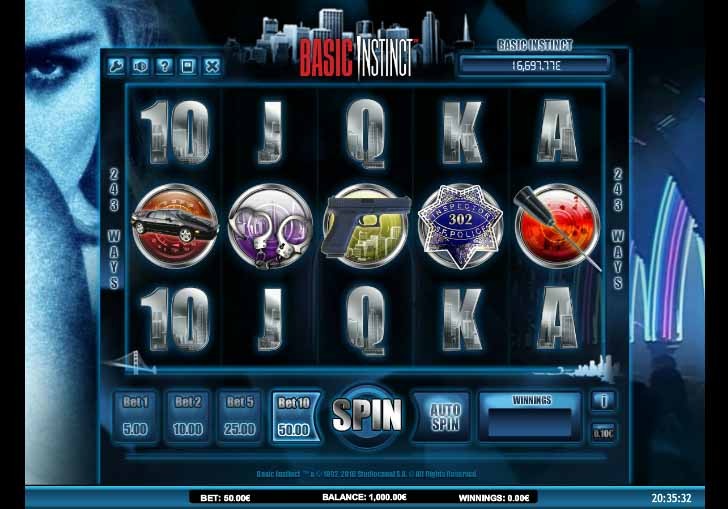 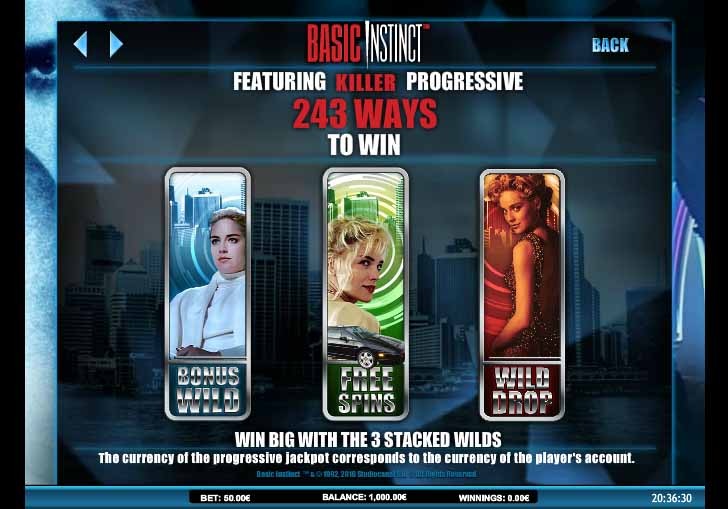 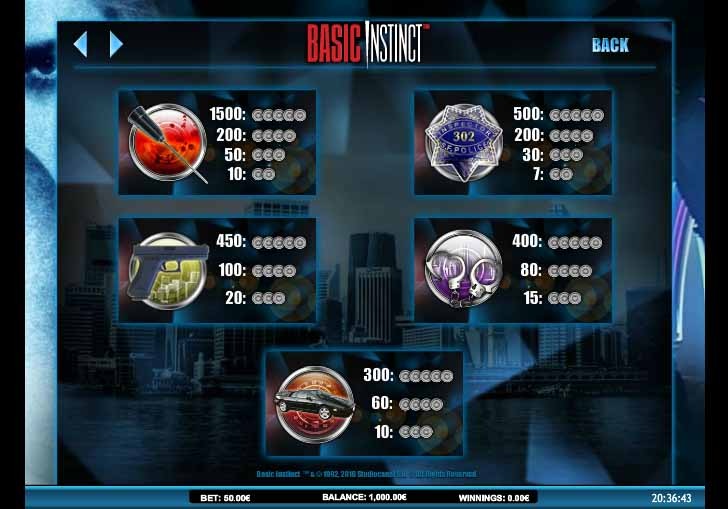