Set in Germany, Bier Fest is an animated video slot machine that appeals to those who enjoy a good beer. Its simple layout makes it a game that’s easy to get lost in.

The reels are held inside a wooden wagon acting as a beer cart. Each symbol on the reels is affixed in a beer barrel. Whenever players spin the reels the barrels all disappear and are replaced by new ones.

Aside from the traditional symbols, the reels also contain a woman playing an accordion, and another woman holding a tray of french fries and hot dogs. A third woman serves an ice cold beer. A cheery older man also appears as one of the symbols. The scatter symbol in the game is a beer stein. The wild symbol is simply one with a “W” affixed to it. In addition to these symbols, there is also a beer glass symbol. This serves as a bonus that may result in more winnings for players. There is also a barrel wild that expands from reel three to cover the reels on either side of it too.

The two bonus features in the game are Run Little Piggy, and Rise and Stein. Run Little Piggy involves a pig symbol only seen during the bonus. A wild pig symbol must land on the first reel on the game screen. However, accompanying it must be a pretzel symbol in the same line, but on the fifth reel as opposed to the first.

When these conditions have been met, the Wild Pig Racing Game bonus is triggered. This puts three pigs onto the reels. However, the pigs are anxious to find food. They run from one side of the game screen to the other. If players are lucky, the pigs leave behind wild symbols that help form winning combinations.

Rise and Stein is the game’s free spins bonus feature. If players get three beer steins on the reels in one spin, they win a certain number of free spins. Players are then directed towards the beer cart. They get to click on as many beer steins as they can until they click on the one that says “Collect.” However many steins a player was able to click on is how many free spins they win. In some cases, players may even get a multiplier with their free spins. They may also be lucky enough to re-trigger the free spins before the bonus round is over. 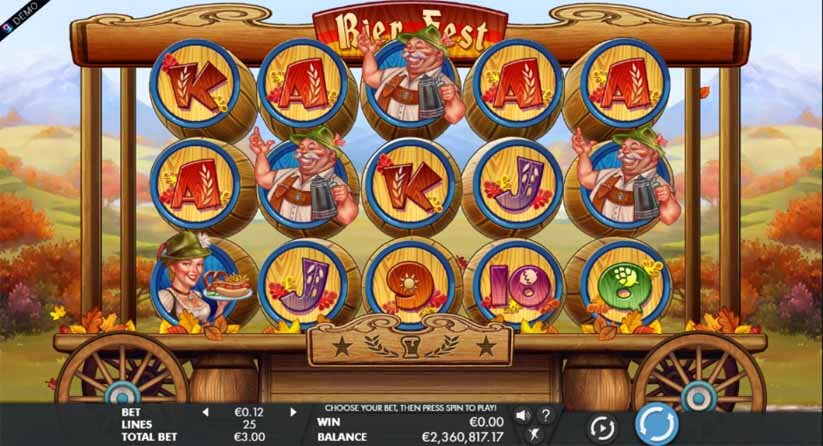 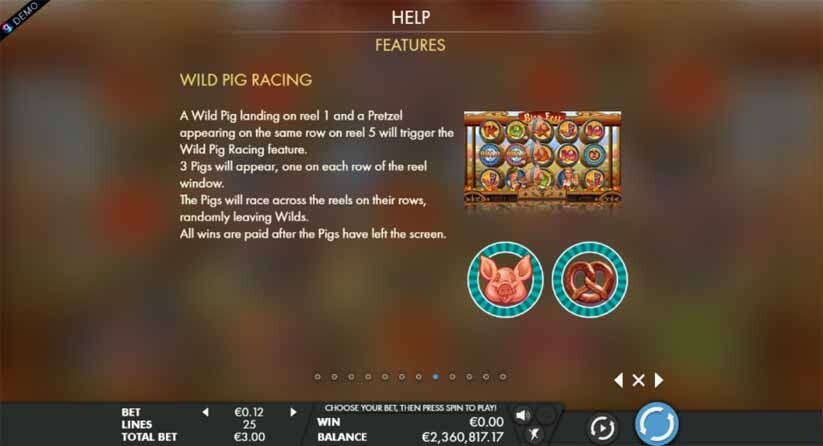 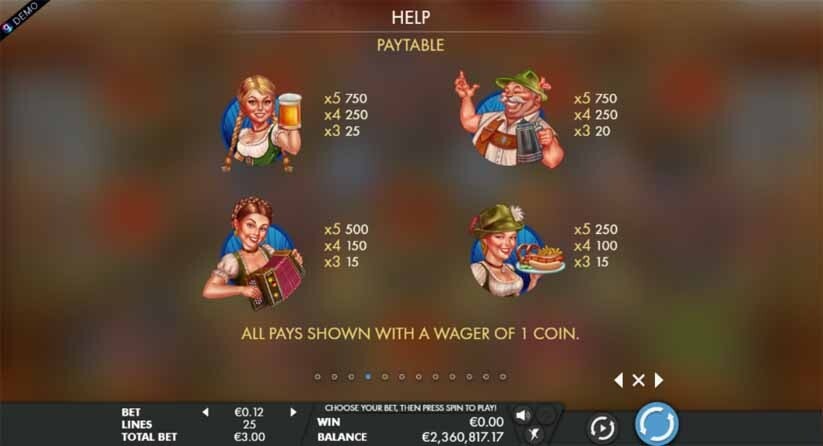 Bier Fest is a beautifully animated game. The backdrop is that of a sprawling piece of land with soft green grass. The game appears to take place in Autumn, as the trees are shedding their red, yellow and brown leaves. A pale blue sky and fluffy white clouds round out the backdrop. Players don’t have to love beer to love Bier Fest. The game is a whimsical look at a popular past time.