What is there to not say about this game? It’s extremely retro and has stuck to the old fashioned roots of slot games; you’ll find it to be more like the real one armed bandit machines rather than new online slots. This is usually the point where I mention how many pay lines the game has, but there are two parts to this game, and the main part only has the one pay line down the middle. Read on and you’ll see what I mean.

You’ll see some more traditional symbols from this slot game, as well as a few new symbols which have a retro look to them. You’ll find older symbols like the cherry of the 7, as well as more specific symbols like tea cups, knitting needles, jewellery boxes and, naturally, Billion Dollar Granny herself.

This game doesn’t work like many other slot games; it has a unique spin to it which lets it stand out from the rest of the games without sacrificing good game-play. In the main screen there is only one pay-line, however you’re given quite a lot of nudges and holds which will easily help you get three symbols in a row. Once you’ve got three symbols in a row you’ll move onto the bonus screen, which is where you’ll win money.

In the bonus round, you’ll be given a number of spins dependent on what symbols bought you there. Here, the reels will spin themselves for free and you’ll win a multiplier on your wager that builds up with each spin. If you’re lucky enough to get three bowls in a line, then you’ll instead go to the video bonus screen where you can win as much as x2000 your wager!

Billion Dollar Gran may look like an old fashioned slot game, but it still has a lot of new features and different play styles that make the game so much more enjoyable for the player. It also isn’t any less exciting than the newer slot games.

You’ll need to get yourself some kind of food and drink, because you’re not going to want to pull yourself away from this game for a while. It’s so easy to get yourself into either bonus screen too, so I wouldn’t worry about winning big, because it’s bound to happen.

Retro graphics and sounds for all of you who remember the good old days when you had to visit the seaside to play slots, there’s nothing you won’t enjoy from this game! 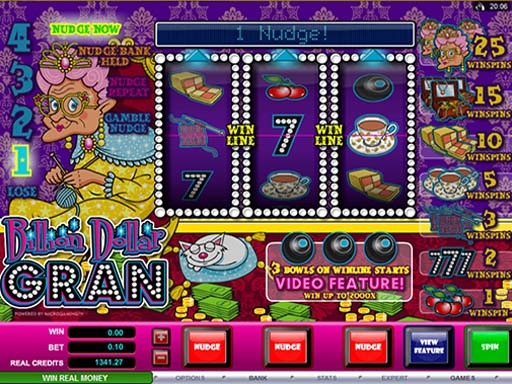 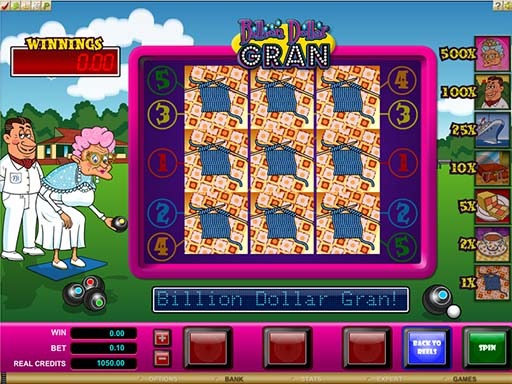 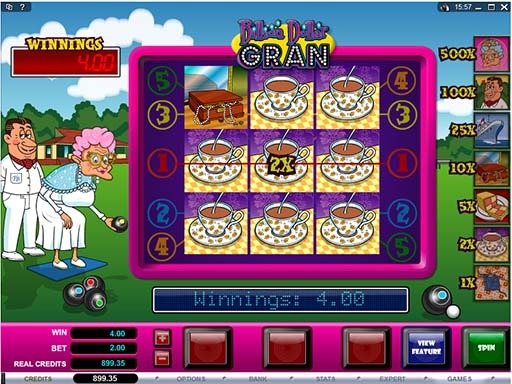