Not many online slot machines are pirate themed. This is why Playtech’s Bomb stands out in the crowd. The game is portrayed in the cartoon style most players grew up watching. The charming aspects of the game include its character and the environment he thrives in.

Set underwater, Bombs shows players a pirate ship floating along on its way to an adventure. It passes palm trees and sand in a player’s imagination. When they look underwater they will see marine life and the symbols that make up the game. With invisible reels, the symbols appear to be floating underwater. The pirate is firing bombs from his cannon into the water.

The symbols on the reels often appear as stacked wilds. Symbols used include a map, anchor, gold coin, treasure chest and the pirate (named Redbeard.) The scatter symbol is represented by a red skull. The pirate’s galleon fires bombs into the water based on the bets that players make. Bombs line up by row under the ocean water.

Play the Bombs slot for free

The important aspect of this game is its bombs. If players get ten of them on the reels they can win as much as 10 times the amount they bet on that spin. Players may also get pink wilds randomly landing on the game screen. They may get as few as five or as many as 10. Wins often come with a multiplier that at the very least, double a player’s winnings. If players get a yellow skull on the reels any bombs found there will immediately explode. While a player is using their 10 free spins of the reels, bombs are often fired up anyway. This can cause players to be able to retrigger free spins as many as six times. 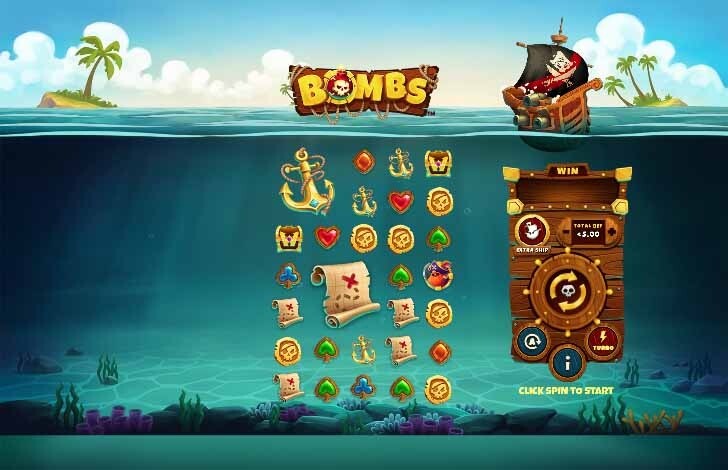 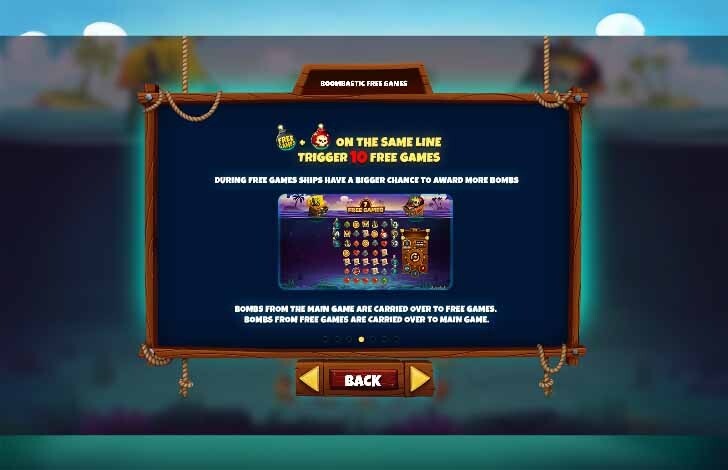 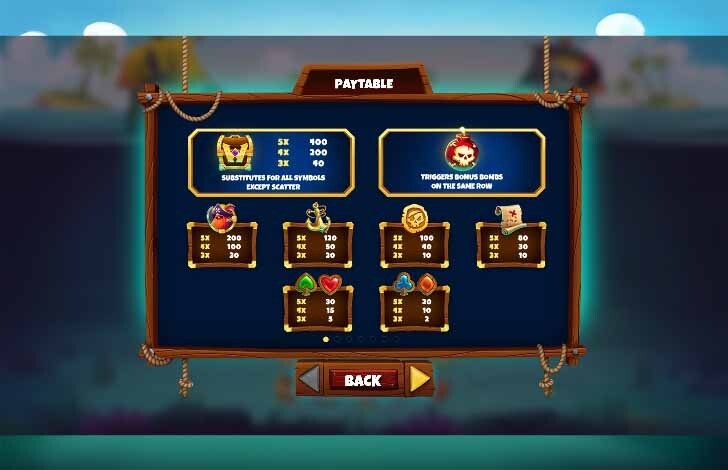 There are many overly complicated, flashy online slot machine games. However, Bombs is not one of them. It is a simple game with basic animation and graphics. It may be the perfect game for players who simply want to relax and enjoy it.

Though Bombs does not pay out huge winnings, its charm lies in its cartoon graphics that are pleasing to players. This is a fun game that refuses to take itself too seriously. The lack of elaborate bonus features could hurt it in some players’ minds. For everyone else, it may be a great escape from the grind of their daily life.

With few pirate themed games found at casinos, Bombs doesn’t appear to have much competition. It stands on its own as a game that offers simple and pure entertainment value. The game is set to attract players who are simply looking for something that is easy to enjoy.