Play n Go’s Cash Vandal video slot machine isn’t what most players would expect. It takes on an unusual theme most slots don’t tackle. Graffiti is considered an art form by many. This was the inspiration for Cash Vandal. It takes players around the world to explore the artistic endeavors of those in Paris, London and Berlin.

While graffiti is the main graphic in the game, the reels are filled with relevant symbols. A red spray paint can serves as the game’s scatter symbol. A golden spray paint can is the wild symbol in the game. Generic symbols in the game include fruits, diamonds and golden bars.

London, Berlin and Paris are the setting for this unique video slot. Each city boasts its own exclusive bonus features. Players are at the game’s whim, as it chooses which cities they experience. Triggering a special feature plunges players into that city. As they complete one city, they can venture into one of the others.

Each city’s feature is triggered the same way. If the fourth reel contains the golden spray can and one of the others contains the red spray can, a bonus feature automatically starts.

Free spin rounds are also included in the game. To trigger them, players must have the right combination of scatter and wild symbols, mentioned above. It takes two reds and a golden to get five free spins. With three reds and one golden, players get 10 spins for free. When free spins start, players can choose to use them in any one of the three cities. 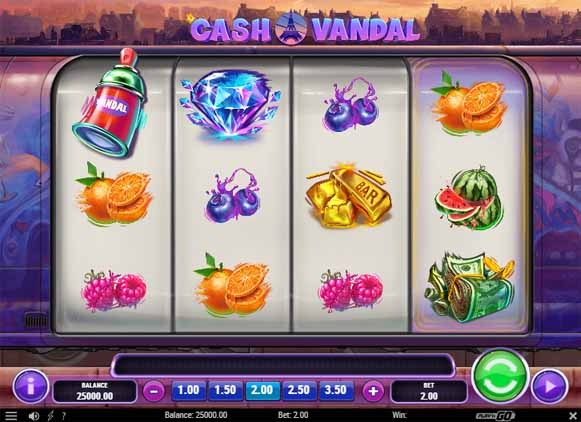 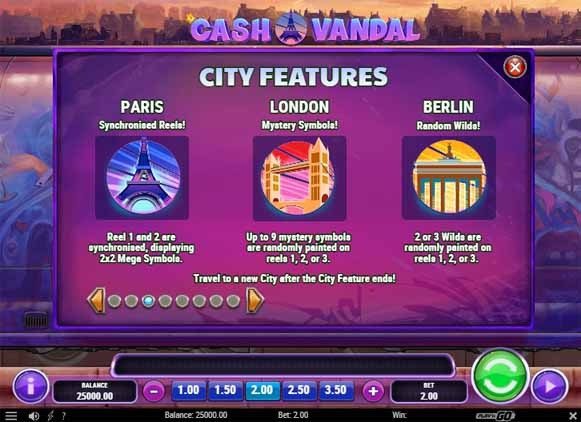 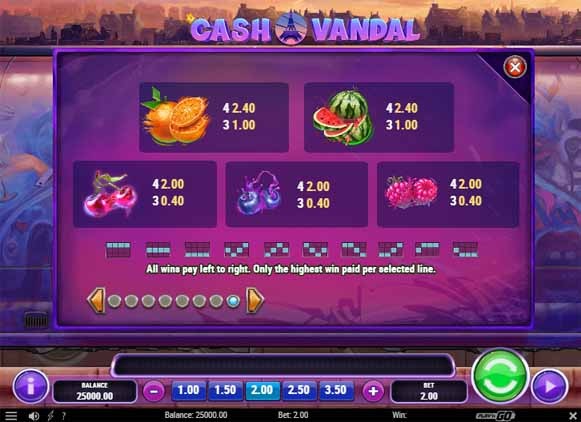 Accompanied by hip hop music, Cash Vandal is one slot machine game that stands out from all others. The graphics are designed to help players relax, with pink being a prominent color.

This game can be a virtual getaway for anyone who wants a mental escape. Its theme is one that gives players something to remember. The element of the game’s three different cities makes it feel like an interactive adventure.

There are not many other slots quite like Cash Vandal. Its unique approach to entertainment is refreshing to players who’ve grown weary of the commonly overused themes. What this game has to offer is something most other slot machines don’t even come close to providing. For artists and sightseers, the game can be a relaxing and fun experience.