As a mythology themed online video slot machine, Divine Showdown is a cut above the rest. It takes a tired, overused idea for a game and reinvents it. The game is based on the idea of multiple Gods competing against each other.

The background behind the reels consists of a cliff, scattered temples, arenas, and swords. The game’s important symbols include the four Gods that contribute to its premise. They are the Egyptian God Anubis, Thor the God of Norse, Wukong, the Chinese monkey God and Athena the Greek God.

A golden symbol is the game’s wild, but its scatter symbol is much more unique. It includes an image of all four Gods with a gold emblem wrapped around them.

Some of the game’s bonus features are randomly triggered. Each God has their own bonus. For example, Anubis takes a symbol or two on the reels and transforms them into wilds. Thor will turn any of the other God’s symbols into his own. When Wukong is on the reels he takes one and turns it into an entire reel of wilds. Athena takes three reels and makes sure they all share the same specific symbol only.

Free spins are triggered when three of the scatter symbol lands on the reels within one spin. This triggers a showdown between Gods, giving the game its name. Players can choose one of those Gods for this bonus.

The feature consists of fights between players and the God they choose. The game’s Battle Reel is then spun, and will land on a symbol of one of the Gods or the word Spin. Landing on Spin means that the reels are once again put in motion. Landing on a God symbol starts the battle between champion and God.

When a battle is taking place, power symbols fall from above, but players will see them on the game screen in front of the reels. There are power symbols for each of the four Gods. Whoever has the most of their symbols end up on the screen is declared the winner. Players have three lives in the battle and when they have lost all three, the bonus is over and the regular game continues. 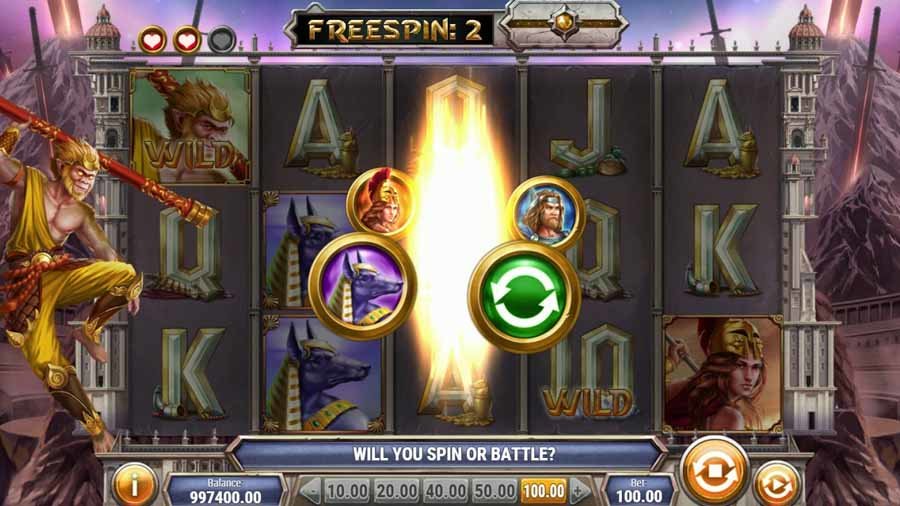 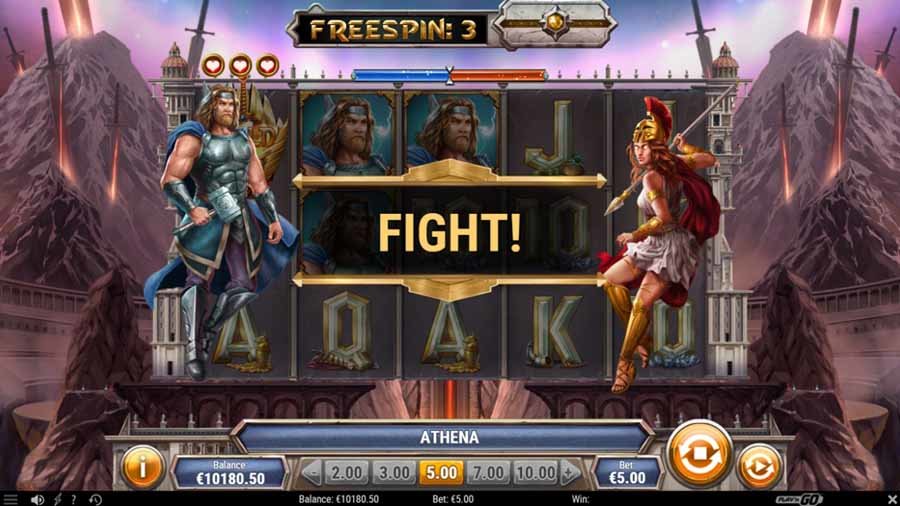 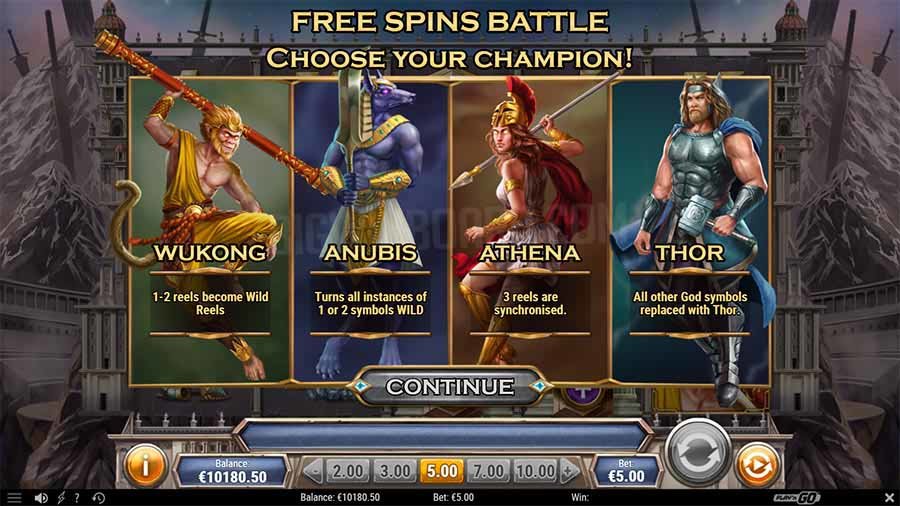 The action packed into this slot is what sets it apart from others. It is not common for mythology themed games to be quite as interactive as this one is. The free spins bonus round lasts longer for players than most other free spin bonuses do in other games.