With many Chinese themed slots already released, Lightning Box Games gets into the mix with Dragon Palace. In Ancient China, dragons were believed to bring people good luck. This is the premise Dragon Palace is based on.

The first thing most players notice about this game is its bright colors. They help the graphics on the screen come alive. The game is set at the gate of the Dragon Palace. Covering the gate is the game’s reels. Golden statues in the shape of dragons are seen around the reels. They stretch the height of the gate. Behind the reels players will see a forest of bamboo trees.

The symbols seen on the reels all represent the Chinese folklore and the country’s rich culture. This includes authentic warriors, fish, lotus flowers, and turtles. The wild symbol is represented by a dragon. It can greatly increase a player’s chances of scoring a winning combination on the reels. The scatter symbol is the palace the game is named for.

All it takes is three of the scatter symbol anywhere on the reels to trigger free spins. Players get eight of them, along with a multiplier that is randomly chosen by the game. However, the dragon symbol has the ability to light up the reels with fire. If this happens, players win 15 times the amount they would have otherwise. In addition, with re-spins lucky players may get as many as 20 spins of the reels for free.

In addition to the free spins, this game includes the gamble feature (something seen in many of today’s slots.) This is a feature that allows players to risk their winnings on a particular spin of the reels. If they correctly guess the color of the next card to be dealt they double their winnings. Yet if they correctly guess the suit of the next card to be dealt their winnings are quadrupled. The downside to the gamble feature is that if a player guesses incorrectly they lose the entire amount they just won in the previous spin. 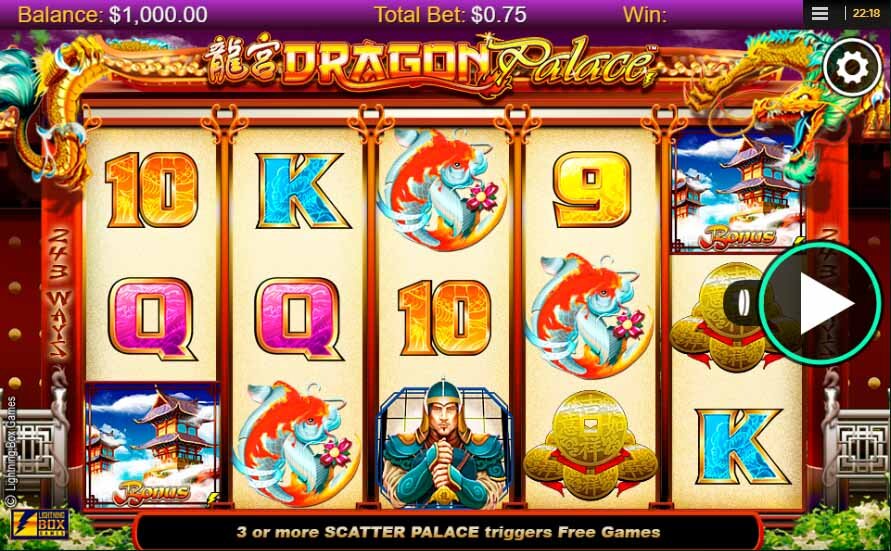 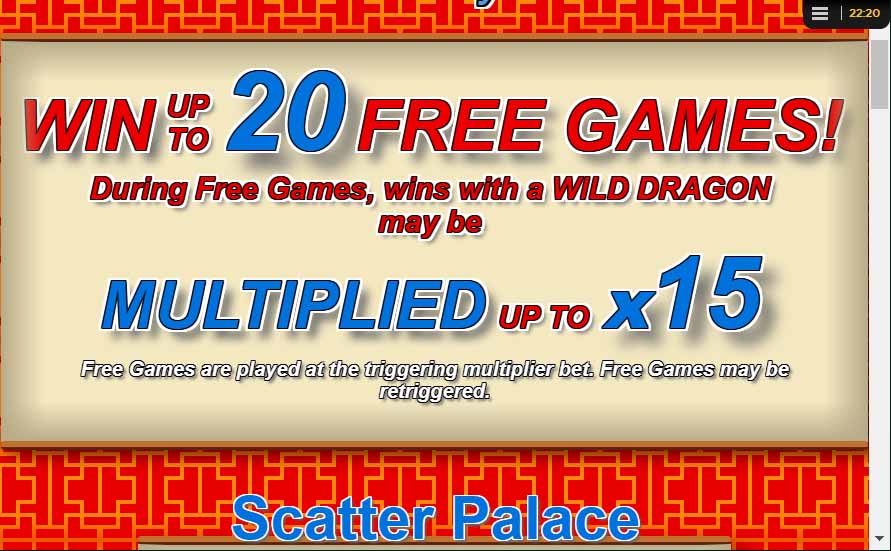 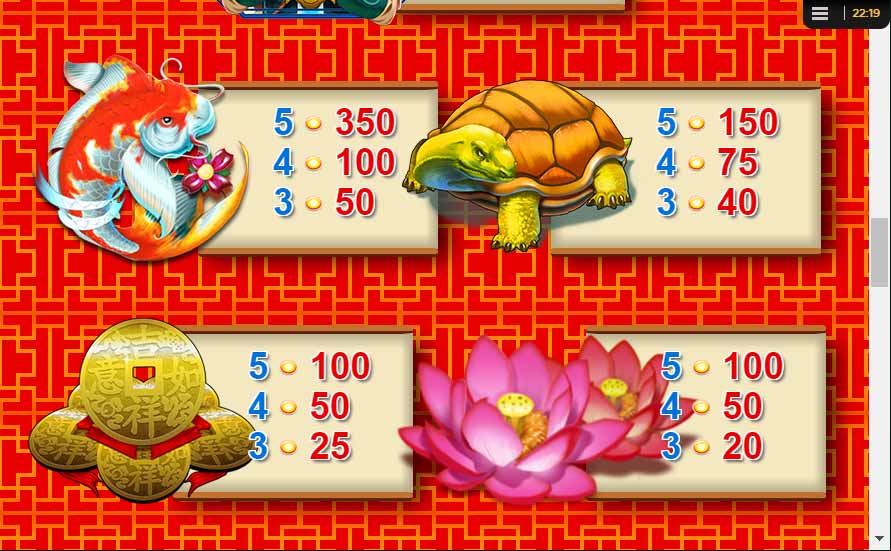 There are few games that portray Chinese culture as well as this one does. The vibrant colors and interesting symbols used in the game make it a real adrenaline rush. It is nearly impossible to become bored when playing this game. The anticipation of winning free spins makes the game one that players can embrace enthusiastically.

The lure of the winning combinations of symbols keep players on the edge of their seats. When one does occur, the symbols come alive. As a result, Dragon Palace is as entertaining as it is fun to play.