Dragon Shrine is the newest addition to the QuickSpin game portfolio and, like most QuickSpin games, it is well designed and thought out.

Dragon Shrine is a 40 fixed paylines slot and has 5 reels. The three central reels have four rows, while the first and last reels have three rows. The minimum bet amount for this game is £0.20 per spin, and the maximum bet amount is £80.

The game symbols include a gold dragon head on a red background, which can trigger a stacked Wild, a green bonus circle which is the Scatter, and a Wild symbol which is clearly identified. The game also has 4 different gemstones in play, a pink gem which pays the most, followed by a green stone, a dark blue one, and a light blue gemstone. In this game, the standard symbols of 10, J, Q, K and A are also present.

When you first launch the game will be amazed the layout, and like most QuickSpin games this one is easy to the eye and the graphics are really slick. The background also features some nice effects, and adds to the overall look and feel of the game.

The game features are pretty basic and easy to understand, which makes it an ideal game for new casino players. In the base game, you can trigger 2 stacked wilds when a gold headed dragon appears on the first or last reel. When the stacked Wilds are activated they will also be followed by 3 re-spins.

The soundtrack of this game is inspired by Chinese music and is quite soothing. Like all QuickSpin games, it is available on both desktop and mobile.

To activate the bonus feature, you will need to have 3 green Bonus symbols on the reel. They do not have to be on the same payline to award you 10 free spins. Like in the base game, you can also trigger stacked wildsduring the free spins, when a gold dragon head appears on the first or last reel. When the first stacked Wild appears, a second one will shortly follow on the opposite reel, just like in the base game. An excellent feature of this game is that while in free spins mode you can win both ways.

If you are after a game that is pretty straight forward and you are keen to try out a win both ways slot, this game might just be right for you. The game is easy to understand, and the wins are frequent. Overall, QuickSpin have certainly done a great job with Dragon Shrine. 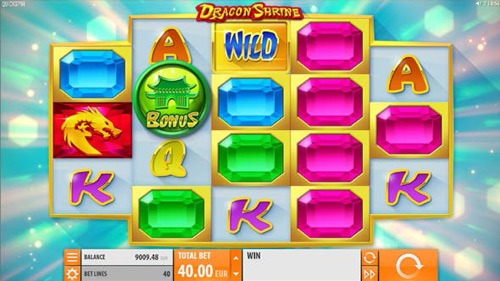 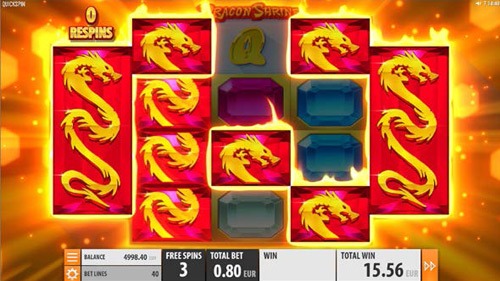