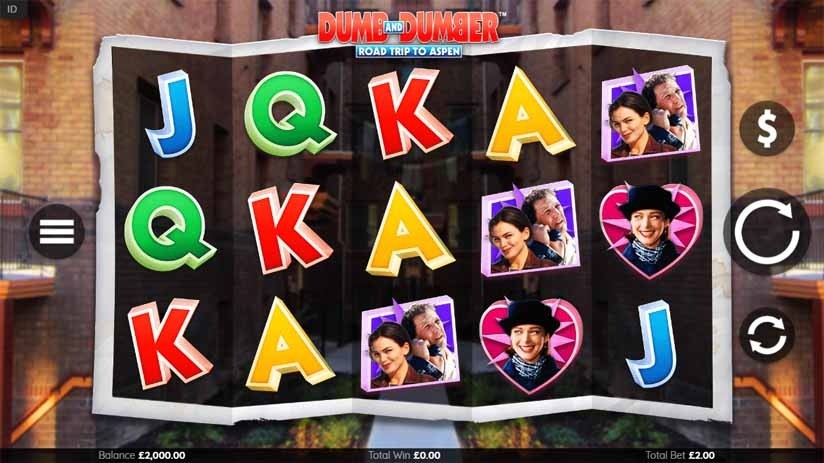 Anyone who enjoyed the Dumb and Dumber movie is likely excited about the online slot machine game it is inspired. Dumb and Dumber Road Trip To Aspen brings the movie to players’ computer screens. The premise of the game is Harry and Lloyd are making their way to Aspen from their hometown of Providence to return lost cash to its rightful owner.

The backdrop behind the reels is an ally featuring apartment buildings separated by a sidewalk. The symbols seen on the reels include Lloyd, Harry, his dog grooming truck (as the game’s scatter symbol,) and their unlucky parakeet Petey, who can become a stacked wild. Other symbols used in the game are Mary, and gangsters JP Shay, and Joe Mentalino. In addition, clips from the movie are used throughout the game.

This game is packed with bonus features. One of them is the Road Trip bonus. To trigger this feature players need to get the dog grooming truck on the first, third, and fifth reels at once. They then get to spin the bonus wheel. Whichever bonus it lands on, the bonus is activated.

The closer Lloyd and Harry get to their destination, the more each bonus feature is worth. This includes the Truk Stop, Dante’s Inferno, Lost in Nebraska, and The Danbury Hotel.

Many players favor the Truk Stop bonus, because it is based on the most popular scene in the movie. It requires players to throw salt onto the symbols seen on screen. If they uncover three matching symbols they earn a cash prize.

Dante’s Inferno is the game’s free spin bonus. Players get 10 of those spins, which come with multipliers and extra wild symbols in the form of chili. The Lost In Nebraska bonus finds Lloyd and Harry on the trail of a prize. It follows their trip from home to Aspen and picking up multipliers as well as cash prizes.

The Danbury Hotel is a pick-em bonus game. Players are presented with a briefcase filled with IOU notes. They choose one and win the cash value written on it. 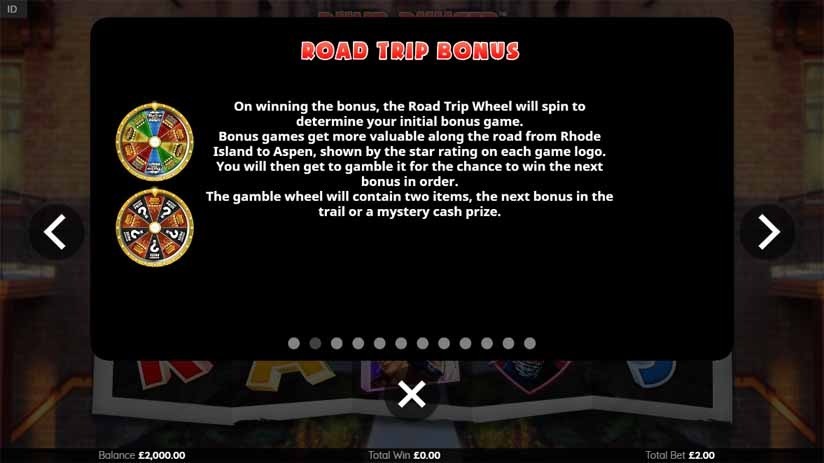 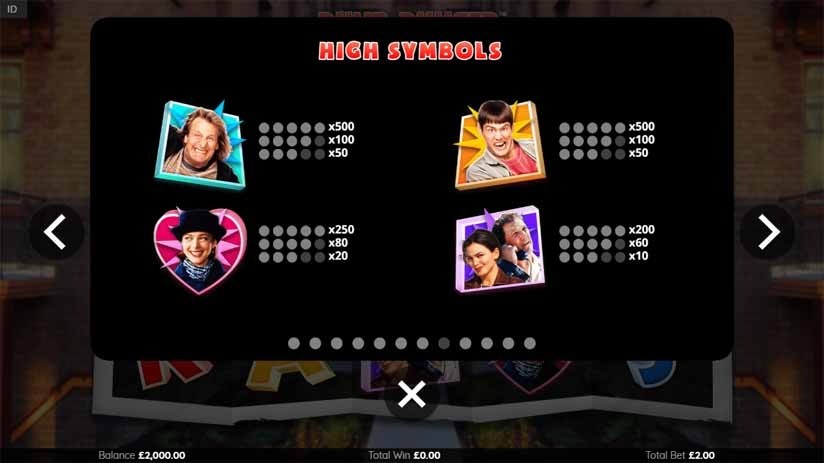 Those looking for some mindless fun will find it in Dumb and Dumber Trip To Aspen. For some, it is a continuation of the movie. For others, it is an introduction to it. This game is helping keep the characters at the front of players’ minds.
Its multiple bonus rounds are enough to sell anyone on the game. The anticipation of spinning the wheel to see which bonus they get is designed to encourage players. Those who are smarter than the characters may walk away as winners.