If nature and wildlife is your thing then look no further than IGT’s latest slot instalment: Elephant King. Taking its inspiration from Africa’s savannahs, you’ll be able to interact with a whole range of animals as you embark on an unforgettable journey. This type of game won’t be anything new for a lot of slot fans, but the unique Prize Disk feature is enough to set it apart wonderfully from the rest of the crowd. With stunning graphics and huge prizes to be won, it’s quite apparent that this has potential to be king of all games. So take a read of our review and be prepared to take a step into the wild!

Be prepared to be blown away visually when loading up Elephant King for the first time. Set against a sun-kissed African savannah, there’s plenty of colour that will help submerse you into the wildlife atmosphere. Symbols on the reels include all your usual spades, diamonds, clubs and hearts, and also a selection of incredible animals such as zebras, gazelles, rhinos, and not forgetting elephants. Additionally, there’s a fantastic soundtrack of wildlife noises mixed in with drum beats that will have you feeling like you’re actually there.

Elephant King is a 5 reel, 40 payline slot and these cannot be altered which is becoming quite a common theme across online slots these days. It seems that they have cottoned on to the fact that players will be reluctant to reduce their paylines and thus damage their chances of winning prizes. We’ve found that 40 paylines is the perfect amount anyway if you wish to enjoy the game without getting distracted with hundreds of ways to win.

What’s the betting limits like on Elephant King and is it suitable for all types of gamers? Well, low-stake gamers may be a bit aggrieved that the minimum required to play this game is 75p per spin. However, the high-rollers of the industry will enjoy the fact that the maximum they can bet on one single spin is an incredible £1,500. This is no doubt a game for the middle-stake players then and all bet sizes can be adjusted by using the arrows either side of your total amount. Unfortunately we could not find any additional features such as Auto Play or Max Bet but that isn’t a huge issue.

But how much money can you actually win on Elephant King? Well during the base game you need to be looking out for the elephant symbol as this will give you an amazing 500 coins if you manage to find 5 on a payline. Try keeping an eye out for the rhino too as you will win 250 coins if you manage to find 5. Other symbols include the zebra which will pay 125 coins and the gazelle which will award you with 75 coins. The card symbols are the lowest paid and these will range between 40 and 60 for 5 on a payline.

Now we’re going to discuss the bonus features and you may be aware already that these give you the best opportunity to win a whole lot of cash. There may not be tons of features on Elephant King compared to other slots but they still manage to provide plenty of entertainment, which is the main reason we’re here in the first place. However, it also allows gamers to play the games the way they’re supposed to be played instead of getting caught up with lots of different features.

Try looking out for the native shield and spear which acts as the wild symbol on this slot, and if you play slots regularly you will know that it replaces all other symbols except for the scatter which takes form of the elephant king himself. When this symbol appears on reels 1, 3 and 5, you will trigger the Prize Disk feature which we’re going to discuss now.

You may notice an assortment of cash values above the reels which will move 1 position to the left after every spin. Once you land a scatter symbol, you will win the Prize Disk amount directly above or 10 free spins. There’s also an opportunity to win even more if the Extra Spins symbol appears, giving you 2 more each time. All animals will double every payout on all free spins when they appear on the reels. Plus, the elephant scatter will appear on all reels during the free spins which will increase your chances of triggering the Prize Disk feature again.

It’s always refreshing when software developers manage to invent a completely new gaming feature and IGT have certainly done that with Elephant King. The Prize Disk bonus is an intriguing aspect and it seems to triggers quite frequently which is always nice. However, your best chances of winning huge prizes comes from the Free Spins feature – like it does with most games – and this is due to the fact you get 2x wins from the 4 animal symbols. If you love animals then be sure to give this graphically beautiful game a go. It’s probably one of the best African-themed slots we have seen. 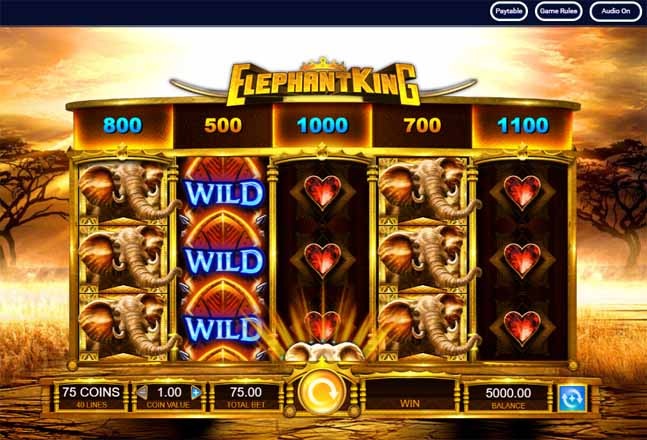 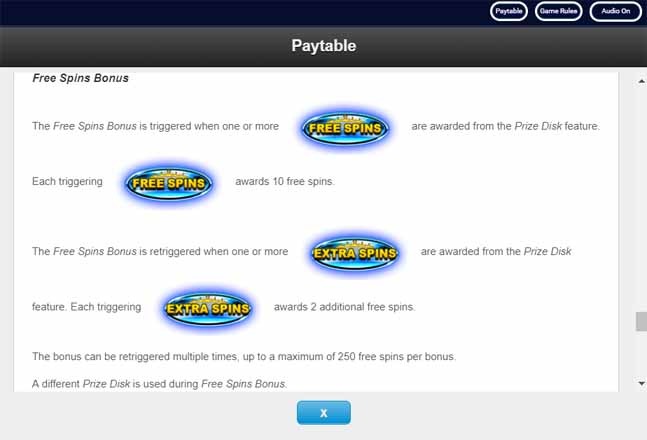