Euro Golden Cup is an exciting online slot based on the world of international football, where players will get to experience the thrills and spills usually only found at the biggest of football encounters. Thanks to the many great features, you should love this slot whether you’re a football fan or not, and you’ll be celebrating like you’ve scored the winner in extra-time if you manage to hit the massive jackpot!

Euro Golden Cup is a slot with five reels and 25 paylines, meaning that there’s always a good chance of a win spinning in the on the reels. Before you start though, you’ll need to choose how many paylines to play, as well as how much to bet per payline. Remember: higher numbers of paylines means more chances of winning, and higher bets will lead to bigger potential prizes. Once you’ve made your choices, you can get the game started.

You’ll then see all the symbols spin around in a frenzy of action, before they land and reveal if you’ve managed to score a win. You might also manage to spin in a bonus feature, and the one you get depends on which level you’ve managed to reach…

These levels reward those players who really put in the effort and keep playing this slot for longer periods of time. To earn trophies, you’ll need to spin in a flag on reels one and five at the same time. When you’ve collected 15 trophies, you’ll progress to Level 2, and once 30 have been collected, Level 3 is unlocked. Unlocking these levels means a new feature, and they’re described below.

All of these features are activated by spinning in three or more of the scatter symbol, which is represented by the whistle. When you progress through the levels, you will also be able to choose to play one of the previous features, if you so wish, and these previous features will be enhanced to reflect your higher level. It should also be mentioned that this slot features a wild symbol, and unsurprisingly it’s the one with “WILD” written across it!

So, why not have a few spins at Euro Golden Cup today, and see if you can win this slot’s fantastic jackpot. 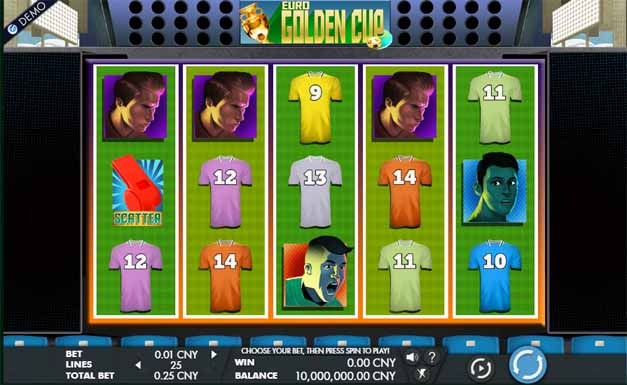 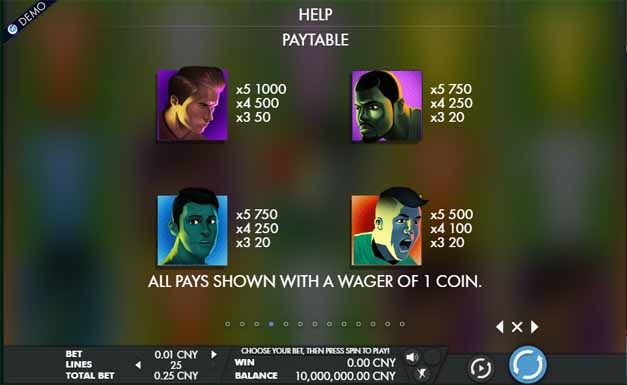