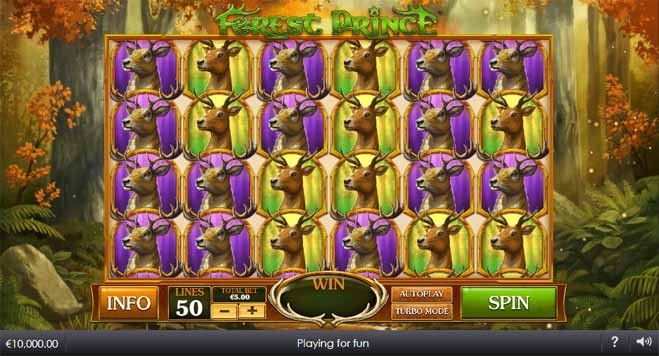 Set deep in a forest filled with animals, the online video slot Forest Prince is a charming game to watch and play. It can be relaxing for players who need the chance to de-stress. The trees in the forest even sway slowly back and forth, a pleasant departure from the typical static background. While the game is in motion players will hear the woodwind instruments that make up the game’s soundtrack.

The background scene players see behind the reels is of a lush green forest. Its details make players feel like they are immersed in a forest until they exit the game.

The reels are a basic white, and are surrounded by a golden frame. They are filled with symbols of animals such as badgers, a buck, foxes and a doe. Other symbols seen on the reels include bluebirds and skunks, as well as frogs that can be seen leaping over the reels.

The buck and the doe are the scatter symbols in the game, while the others are standard symbols. Antlers are used as wild symbols in Forest Prince. Along with the foxes, they are the game’s highest playing symbols. There are also locked wilds that usher in the game’s bonus features.

As the scatter symbols, both does and bucks help trigger a bonus. If at least five of them appear on the reels in one spin the Big Bucks Free Game bonus feature is triggered. While five scatter symbols on the reels at once gets players an equal number of free spins, they will get more if additional scatters land on the reels during those five spins.

If the purple scatter symbol is what triggers the free spins, the wilds on the reels become locked wilds. These locked wilds remain in place until all free spins have been completed.

The Big Bucks Free Game bonus can also be triggered randomly. This random bonus is called the Stampede and sends animals running across the reels. As they run they place more scatter symbols on them. This gets players even more free spins than they would get otherwise. 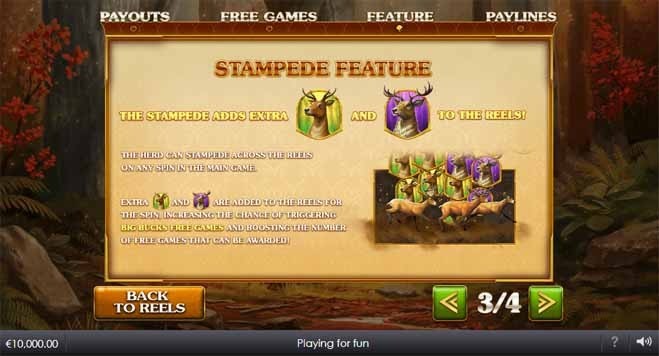 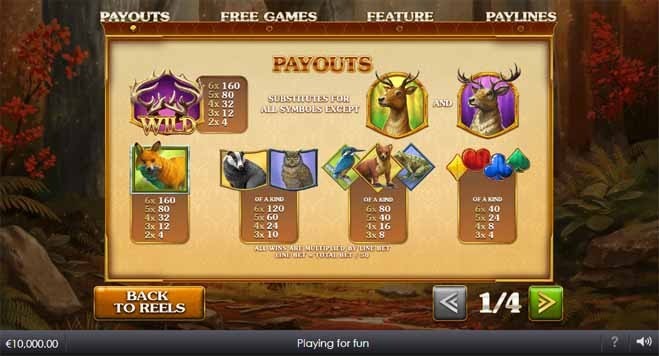 There is a lot to like about Forest Prince. Its detailed graphics and relaxing soundtrack help players immerse in a fantasy world far from their everyday lives. Many players have said that the game leaves them with a sense of what they’ve seen in the classic Disney movie, Bambi. For generations of players that grew up with the movie, Forest Prince helps them revisit their childhood again. This is something that many players enjoy, and has made Forest Prince a popular online video slot machine.