Those who take an interest in the legend of King Arthur will find that the Forsaken Kingdom online slot machine game speaks to them. In fact, the premise of the game is that players become King Arthur and must save the love of his life by acquiring the Knights of the Roundtable.

During gameplay, King Arthur stands next to the reels observing the action. He is set against the game’s backdrop, which includes scary looking trees in castle ruins with a gloomy, cloudy sky above it. Anytime a player gets a winning combination of symbols, King Arthur cheers for them.

The symbols used in the game represent medieval times and include a Dark Knight that resembles the grim reaper, swords, shields and a misty looking castle. King Arthur’s love, Lady Guinevere, serves as the wild symbol in the game. Guinevere is seen on reel number three when she appears. She then becomes an expanding wild, helping players win more money. A shield serves as the scatter symbol in the game. Two of the game’s bonus features are triggered by this symbol.

There are 12 seats at the Round Table of Fortune and when all of those seats are filled players get the bonus game. During the bonus game they can spin the table and win a multiplier.

When King Arthur’s symbol lands on the reels next to the stacked wild, Lady Guinevere, the Eternal Love Bonus Feature begins. Players are then taken to a screen where King Arthur and Lady Guinevere give each other a romantic hug and players see how much money they won.

The appearance of King Arthur on the reels next to the game’s Dark Knight starts the Epic Battle Bonus. In this bonus game the Dark Knight and King Arthur face off while players win a randomly selected amount of money.

The standard free spins bonus round is triggered when at least three of the shield appears anywhere on the reels during a spin. As the feature is triggered King Arthur removes his sword from the stone and shows players how many free spins they will get, which can range from five to twelve. It is also possible to retrigger free spins during this round.

With 3D graphics, interesting characters and exciting bonus features, Forsaken Kingdom is packed with entertainment and helps players feel like they are living the life of King Arthur. It can transport players into a fantasy world that can make them feel like they have actually become royalty. 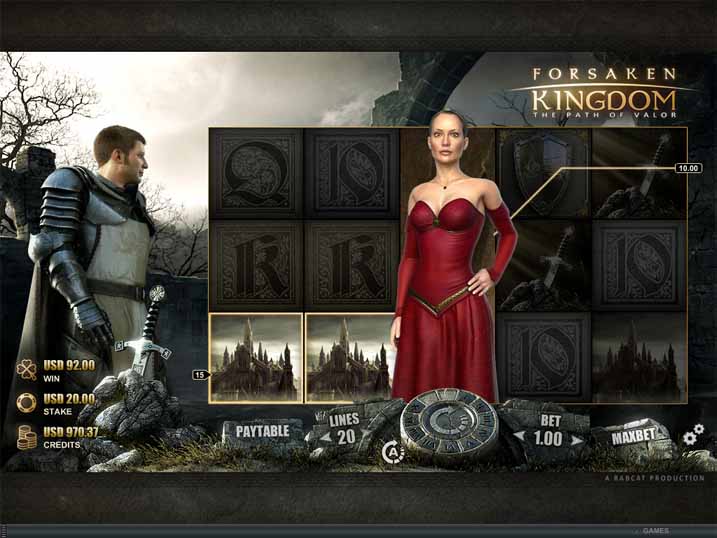 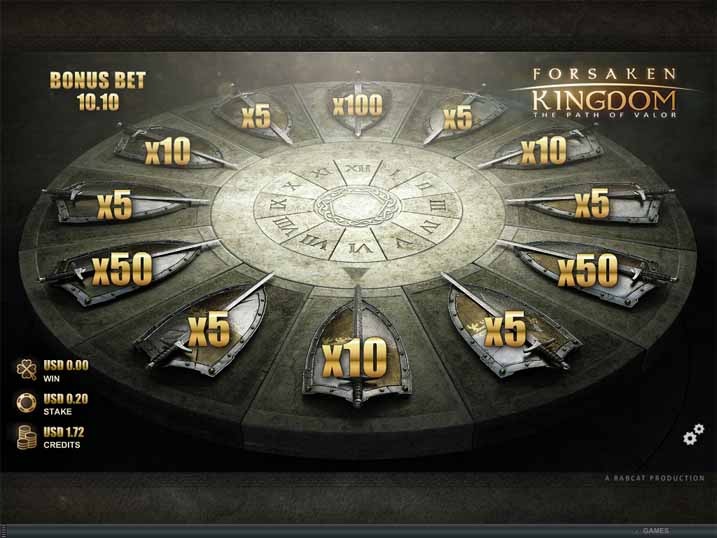 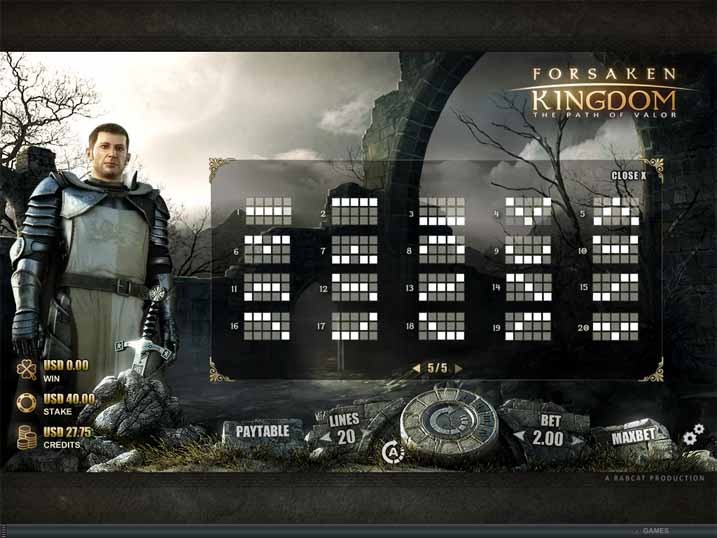