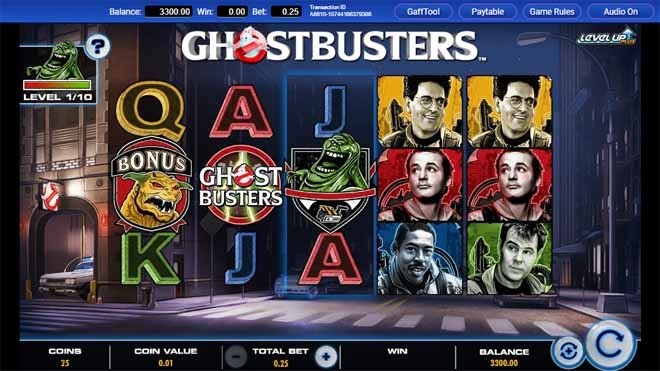 Based on the classic 1980s movies, Ghostbusters Plus is a popular online video slot machine. It is not the first slot machine to be based on the movie, but some would say it has the most to offer in terms of graphics and bonuses.

The most important symbols on the reels are each of the members of Ghostbusters. The logo also serves as the wild symbol in this game and is the one that helps players win the most money. Other symbols seen on the reels include various ghosts, with Slimer being the most famous.

When the ghost symbols take their place in the middle of the game screen, it starts the Ghost Battle Bonus feature. A ghost then appears on the screens and players have to shoot it three times in order to kill it. When the ghost is dead its spirit is kept in a trap set for ghosts. The more ghosts players trap the more of the game’s bonus features they get to access.

There is also a free spins bonus round that can randomly be triggered on any spin. Referred to as the Zuul Battle, three creatures begin the battle. Players must shoot at Zuul enough times to kill them. Every time they hit him they win one more free spin and they get another wild symbol added to the reels. Free spins can be re-triggered at any time, with the maximum number of free spins a player can get being 25.

Ghostbusters Plus is a multiple level game. The software used to power it saves a player’s progress on his or her computer, so it can keep track of what level they are on. The higher their level is the better bonuses they can win. 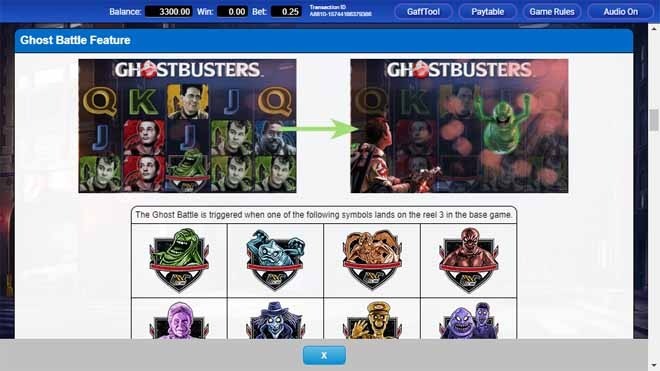 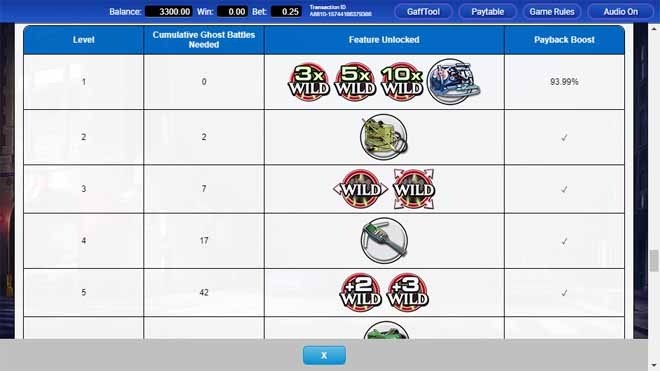 The multiple levels in this game keep players coming back for more. There are 10 levels they can work their way through. This unique feature makes Ghostbusters Plus more interactive than many other online video slots. For this reason, it stands out even among other Ghostbusters themed slot machine games, at both land-based and online casinos alike.