The aptly chosen symbols seen on the reels support the game’s theme. While the Golden Goddess herself is a symbol, so are a brown horse, pink horse, prince and white duck. The 3D effects used in the game make it fun to watch and play. Winning combinations cause symbols to become animated. With the addition of stacked symbols to the game, players are more likely to win bonuses.

The stacked symbols are only available to players who bet at least 40 coins on each Spin. One of the game’s symbols then becomes stacked on every single reel on the screen. This is something players will often see in IGT’s games.

The game’s bonus symbol is the key to free spins. To get them, the bonus symbol must appear nine times on the three reels in the middle of the screen. Players are then presented with several bonus symbols. The symbol a player clicks will be a man dove, goddess or horse. Whichever one players pick becomes the designated super stacked symbol for the spins. The seven free spins are then completed. Free spins cannot be triggered during this bonus feature.

The stacked symbols feature makes all the difference in this game. It is the feature that players probably look forward to the most. While free spins can be fun, stacked symbols are usually more profitable.

Most other slots have more to offer when it comes to bonus features. The lack of bonuses in Golden Goddesses means new players can easily learn the basic mechanics of a slot machine. It serves as a teaching tool to those new to the genre. 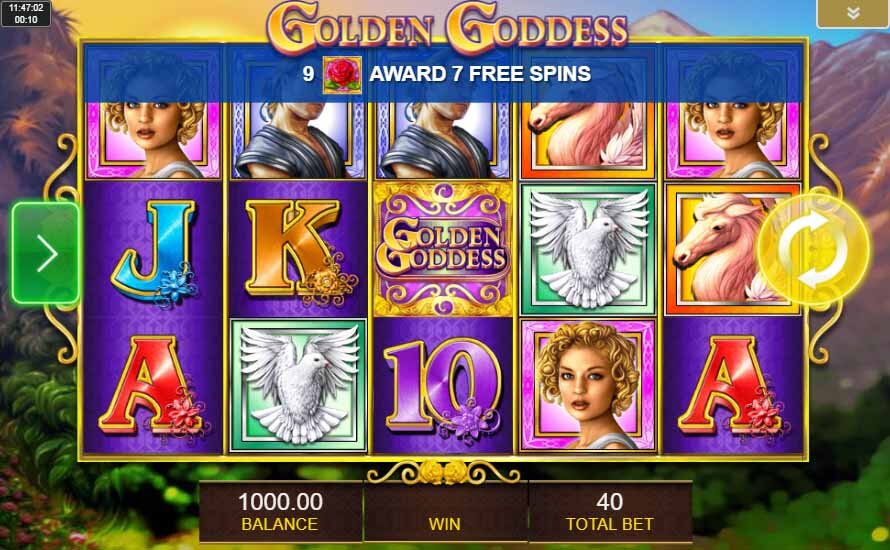 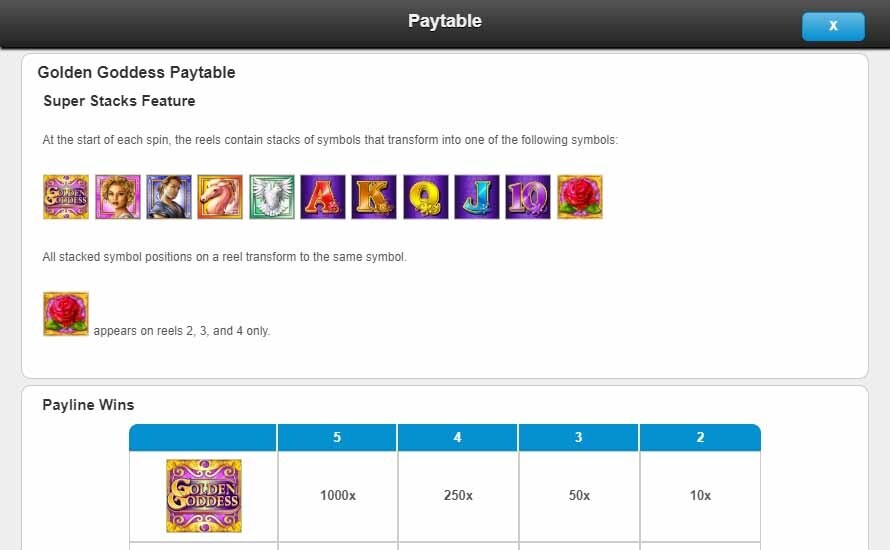 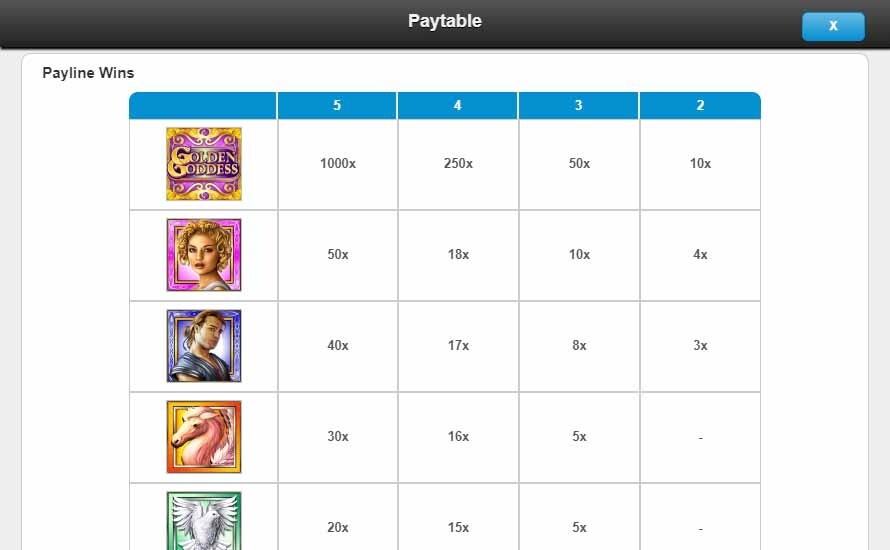 Golden Goddesses is one of many fantasy themed slots. The biggest selling point of the game is the soothing colors of the symbols. This makes for a relaxing experience when spinning the reels.

Whether a player tries Golden Goddess to relax or in the hopes of inspiring excitement, they will get something out of the game. Its entertainment value is as understated as the game itself is. The visual aspects of the game can be fascinating to the right player.

Anyone who enjoys the fantasy genre will find something to like about this game. The Goddess herself can inspire confidence in women all over the world. For this reason, the game is often loved by female players. However, men can appreciate this game as well. It has something to offer to everyone seeking an uncomplicated slot machine game.