Hot Spin is a unique online video slot that combines classic with modern day gameplay. As a result, it may appeal to a wide range of players. The game was created so that it can be accessed on mobile devices, as this is how most younger players are used to accessing their favorite slots.

This slot does not look like most. The bottom is an old-fashioned classic slot machine while the top is a modern day wheel, similar to what players would see on the Wheel of Fortune. The background behind is simply a red board.

The symbols on the reels are the ones that were always staples in classic slot machines. They include stars, blue diamonds, sevens, bells, and a W representing the wild symbol. There are also fruit symbols on the reels such as cherries, lemons, plums, and watermelons. The bonus symbol in the game is a mini version of the wheel seen above the reels.

Getting the bonus symbol on the first, third, and fifth reels at the same time allows players to spin the wheel above for free. The wheel contains numbers of free spins players can win. There are many bonus features that can come with free spins as well.

Mystery symbols appear on the reels anywhere from six to eight times. Players may also get at least seven but not more than 10 more wild symbols added to the reels. As many as three of the reels on the screen may become stacked, When there are five stacked reels, it is called Super Wild Reels.

With the Win Spins feature, every time the reels are spun players are guaranteed to win a prize. For Super Win Spins, in addition to the guaranteed prize, players get a multiplier that could double, triple or even quadruple a player’s winnings.

The Mega Reel feature makes three of the reels colossal, which increases players chances of winning big. There is also an in-sync feature where as many as three reels will have the same symbols on all of them. The Super In-Sync feature adds a fourth reel to the mix. 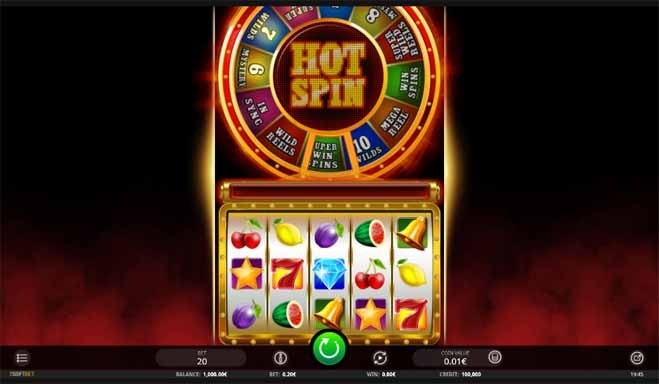 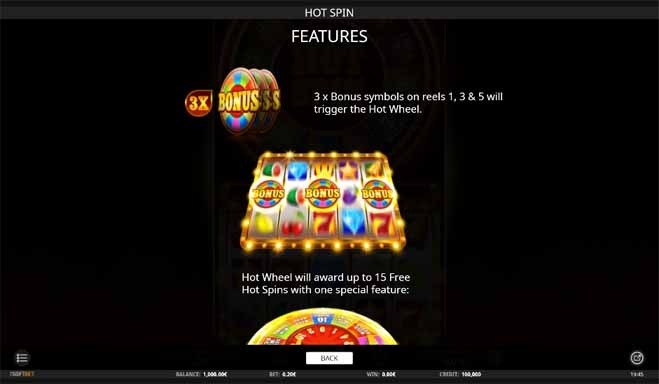 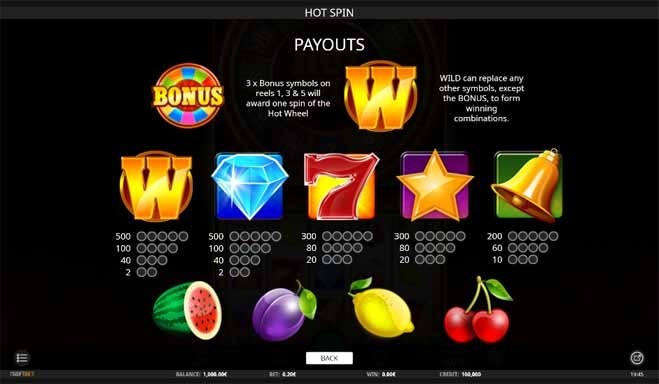 Hot Spin offers much more excitement than players might think just by looking at it. While it resembles classic slots it includes enough modern features that players are getting excited about the game. They play for the chance to spin the wheel and access the game’s many bonuses.

Though the graphics are not high definition, this game still has many selling points. It is the perfect balance between classic and modern games, and this is something many players have been looking for in their slots.