Ice Cave is an online slot developed by Ash Gaming for Playtech and, as the name suggests, it has a rather chilly theme. You’ll see Vikings, complete with longboats, spinning around on the reels when you play, and you could also find some big prizes as well, if you’re really lucky. It would be wrong to say that this is the most exciting online slot ever created, however the sticky wild feature is absolutely fantastic, and those looking for a simpler way to play should really enjoy playing this slot at their favourite Playtech online casino.
Ice Cave is a slot with five reels and 20 paylines. Experienced players will know that 20 paylines isn’t the highest number found in the online slots world, however they’ll also know that it’s still possible to create considerable excitement with this number. You can use the tab on the left side of the screen to adjust the number of paylines you play, however remember that the more paylines you have active, the more chances you’ll have to win real cash prizes.

But what about the bet amounts at this slot? Well, you can adjust the amount you bet per payline by using the tab on the left, and the minimum bet per payline is £0.01, and the maximum bet per payline is £1. So, the lowest overall bet you can make is £0.01, while the highest total bet available is £20. This makes this slot better for low stakes players, as those looking for high stakes won’t find the massive bets they’re looking for. If you’re looking for slots that offer larger bets, you’ll be able to find reviews of many of them here on this site.
There is also a feature bet at this slot, and you can turn it on and off using the button on the right of the screen. By using this feature bet, the bonus feature will be enhanced – but more on this later. If you choose to use the feature bet, you’ll have 50% extra added to the overall bet amount.

Perhaps the most important thing to mention in this section is the prizes though, and they can be significant. The maximum prize per payline at this game is 750x your bet per payline, which happens when you get four Viking warrior symbols and a wild symbol across an active payline. The female warrior is also a high paying symbol, as are the wolf and the crow. The lowest paying symbols at this game are the runestone symbols, however even these can lead to some big prizes.

There is only one bonus feature at this online slot, and this might put off some people. Don’t let it though, as the bonus feature that is offered is a fantastic one, and often comes into play. What’s more, it can boost your prizes massively, as you’ll find out when you read through the following paragraphs.

The bonus at this slot centres around the wild symbol, which is really easy to spot. This wild symbol can appear on the third and fourth reels, however you can also allow it to appear on the fifth reel as well, by activating the feature bet. In general, it’s not worth activating the feature bet, as the rewards for doing so aren’t good enough – it would be different it the wild was added to the first reel instead.

The wild symbols also have another great feature though – they’re sticky. This means that they’ll remain in place on the reels for subsequent spins. It’s therefore possible to get multiple wilds on the reels and spin in many fantastic winning combinations. The wild symbols disappear from the reels when the hammer symbol spins into view, and this hammer will also count as a wild with a 3x multiplier when you see it.

You should remember that any wild symbols in place on the reels will be removed if you adjust your bet amount, or change the number of paylines you’re playing. This is to prevent people from playing at low stakes, and then increasing their paylines or bet amount when they have a higher chance of winning.

The bonus feature at Ice Cave is different to those found at other online slots, and this can only be seen as a good thing. It would be good to see more bonus features at this slot though, such as scatter symbols or free spins. If you’re looking for a simple slot to play though, but one that also offers some big prizes, Ice Cave could well be the perfect choice for you.

Ice Cave is yet another good addition to the Playtech repertoire – a slot that doesn’t offer loads of bonuses and features, but still manages to remain entertaining. This is mainly thanks to the great wild feature, which can lead to massive prizes. Ice Cave certainly won’t go down in history as one of the most popular slots ever created, but everyone should still enjoy spinning the reels for a while. You’ll find this slot at most online casinos offering Playtech software – to find out which site is best for you, just read through the many comprehensive casino reviews here on this site.

If you enjoyed this slot game, you may also like playing the Great Blue slot game from Playtech also. 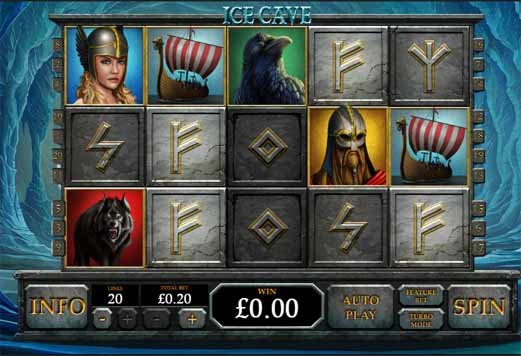 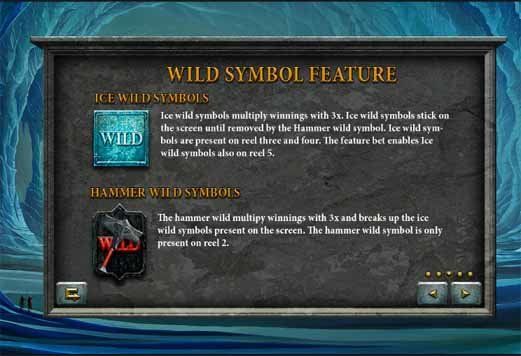 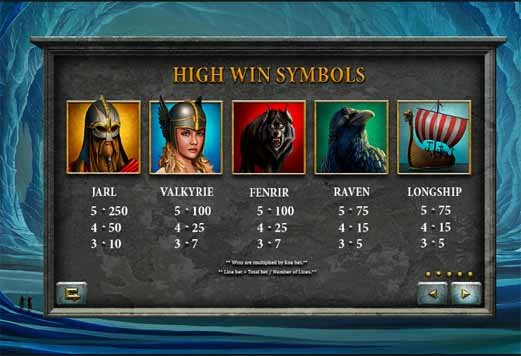