Everyone loves a good fairytale. Online slot machine players can find that in IGT’s It’s Magic. The characters in the game are straight out of a fairytale, as are most other aspects of it.

The graphics used in this game are quite detailed. Its backdrop is that of a night sky filled with stars. Players will also see lush trees and a castle in the distance. The symbols on the reels include Lily the Magician, two cats and a monkey. One is a gorgeous female cat with long eyelashes and the other is a gentle tabby cat. Non-living symbols used in the game include a treasure chest, spell book and magic lantern. Each symbol in this game is animated cartoon style. Lily the Magician can act as a stacked symbol during the game. She can fill four rows on the screen at once.

Play It's Magic for free

One of the bonus features offered in It’s Magic is the wild reel feature. Players will see what the game refers to as magic energy when this happens. It involves one of the high value symbols expanding enough to take up an entire reel. The symbol changes into the bonus, which is the word ‘wild’ spelled out. The next time the reels are spun the wild symbol is locked into place. Players may also simultaneously get two reels filled with expanding wilds. They then become stacked wilds, and can increase the amount of money a player wins.

As the scatter symbol the game’s logo is what triggers free spins for players. It requires at least three of them on the reels at once. Players then get a minimum of 10 spins for free. In rare events, the scatter symbols will cover the entire set of reels. If this happens they get 45 free spins.

The other bonus feature in the game comes from Lily. At any time, Lily can wield her power and let players spin the Magic Wheel. The wheel is divided into 16 segments, each with its own value. Of those 16 segments, 12 of them award players with a certain number of coins. The other four segments award players one of the game’s four jackpots. Two of them are Grand and two of them are Royal. 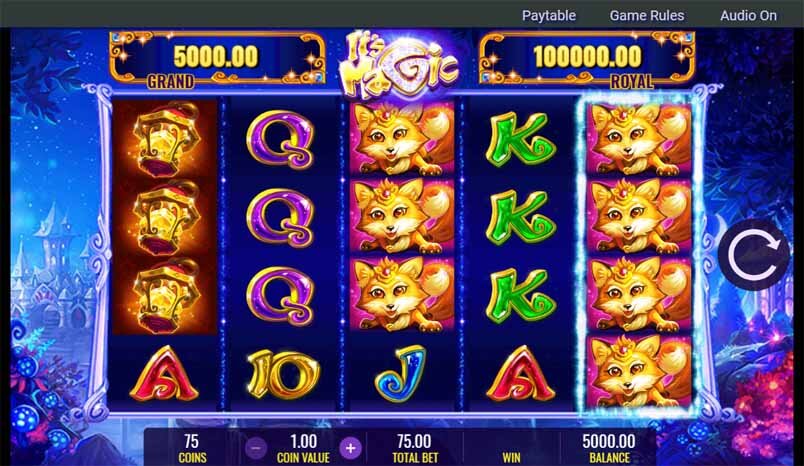 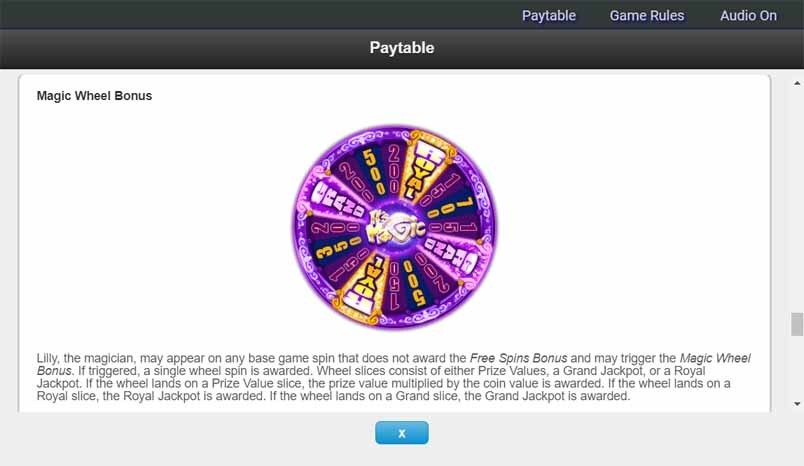 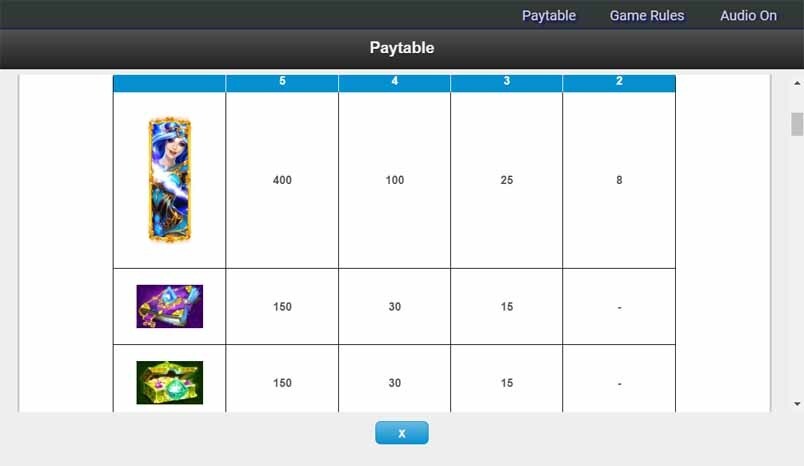 There are many magic themed slots. Yet none tackle the theme quite like this one does. It takes the wonder of magic and the joy of fairy tales and brings them together. The unique bonus features are ones that players won’t find in just any slot machine. It’s Magic is one of those online video slots that is best played on a large screen. The stunning details are something to behold.