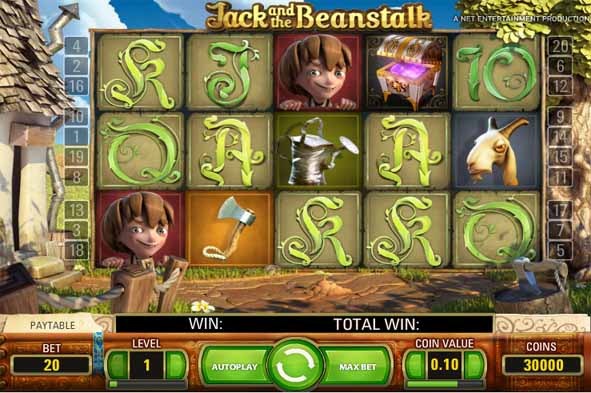 Jack and the Beanstalk is a beautifully animated 3D online video slot machine game based on the fairytale that so many generations of children grew up hearing. The intro to the game features a movie quality film in which Jack is attempting an escape from the castle. The gold laying magic hen is with him on his journey to escape. In the process of trying to leave, Jack and his hen are apprehended by the tw0-headed giant, whom Jack leads on a chase through the clouds.

The best part about the free spins feature is that it has an extra built in bonus. As free spins are being played it is important to look for the golden key symbol, which only appears on the fifth reel. These keys unlock symbols in the game that lead to winnings for players. When players successfully collect three of the key symbol the net wild symbol that appears on the reels will become a stacked wild of two stacked money bags. Players who collect six of the golden keys will see their next wild symbol become three golden hens. If players collect nine of the golden keys they get an expanding wild on the reels. These bonuses help players win an increased amount of money.

The Walking Wild Bonus Feature is also a highlight of the game. This symbol is simply the game’s title with a red background. When players see this symbol on the reels they win one free spin. It then becomes a walking wild and moves across the reels until it is gone.

Jack and the Beanstalk Slot Info

Jack and the Beanstalk Screenshots 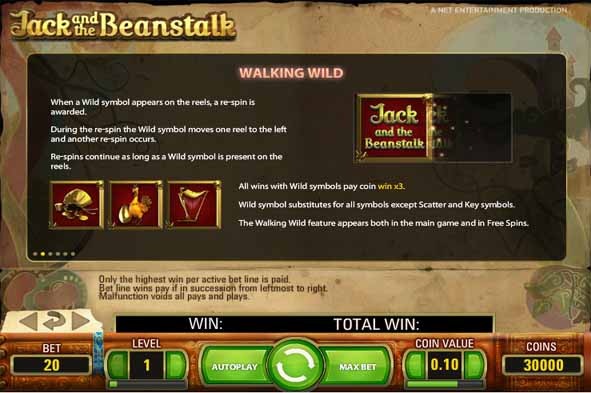 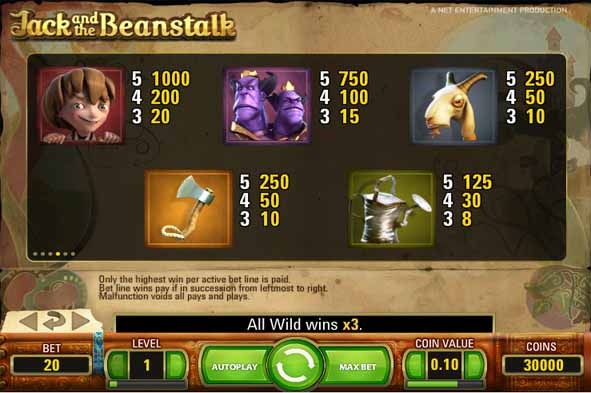 Packed with exciting features, Jack and the Beanstalk is an epic slot machine game that players of all ages can enjoy.