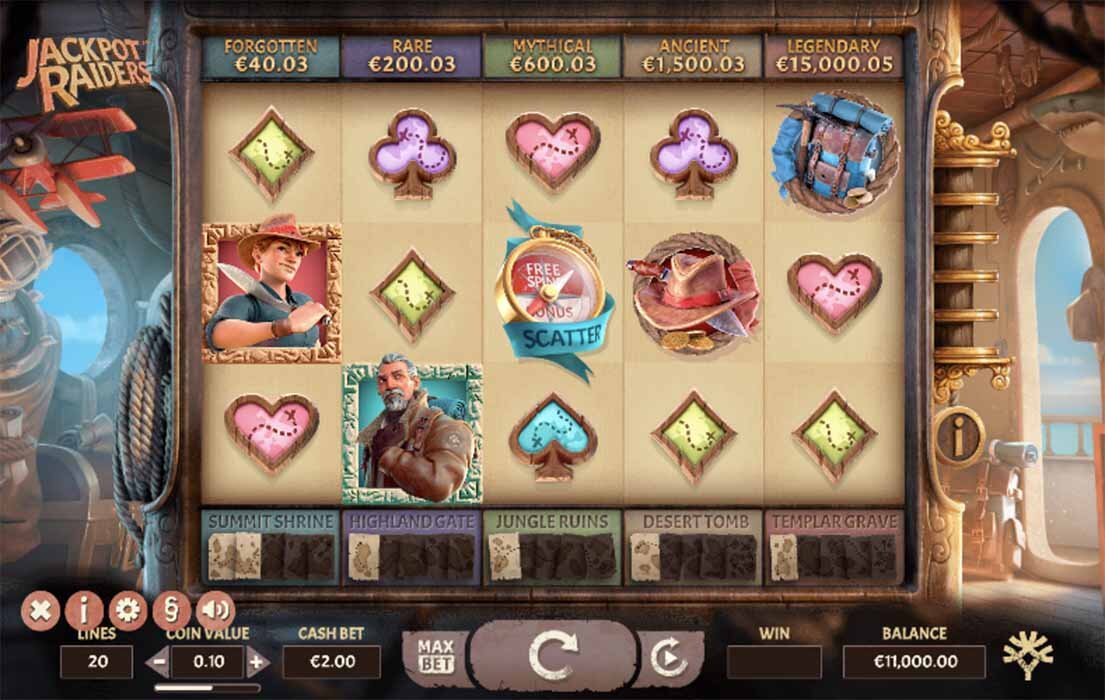 Adventure themed slot machines are nothing new. Yet Jackpot Raiders makes it feel like it is. The game’s interactive features make it that much more interesting and engaging.

The reels are housed in a cabin on a wooden ship. The ship’s occupants are among the symbol used in the game. They include Bear, the ship’s captain, and Sam, an explorer also on board. Other symbols seen on the reels include a backpack and Sam’s bag. While the game lacks a wild symbol, its scatter symbol is a compass.

Three of the compass symbol on the reels at once causes the compass to start spinning. When this happens, players either win free spins or the Treasure Hunt Bonus picks feature. Players that get five compass symbols win a huge cash prize instead.

Those that play 10 free spins also get a multiplier with it. This triples a player’s winnings automatically, once the free spins have been completed. There are five different colored gems that are used during free spins. Each color is associated with one of the game’s five progressive jackpots.

The Treasure Hunt Bonus pick players must choose either Sam or Bear to lead them through the bonus. There are pros and cons to both choices. Sam is a risky choice, because the bonus may end earlier if players choose him. However, there are likely to win more money than they would with Bear. Yet Bear is more likely to pay out winnings than Sam is.

Once players have chosen their character they choose the the difficulty of the route they will take. It ranges from safe to very risky. Players get three chances to pick a chest on the screen. The value of the prize increases with each pick. In the chests players will find one of three things. One is a map that helps lead to free spins, another is a relic that leads to another free spins bonus, and the third is a set number of coins.

The maps are also the key to free spins in Jackpot Raiders. Players need to accumulate five maps to get 10 spins for free. They start with a gem right away. However, these free spins lack the addition of a multiplier.

The final bonus is triggered by two scatters. This is a mini game where players can win a compass, coins or a map. 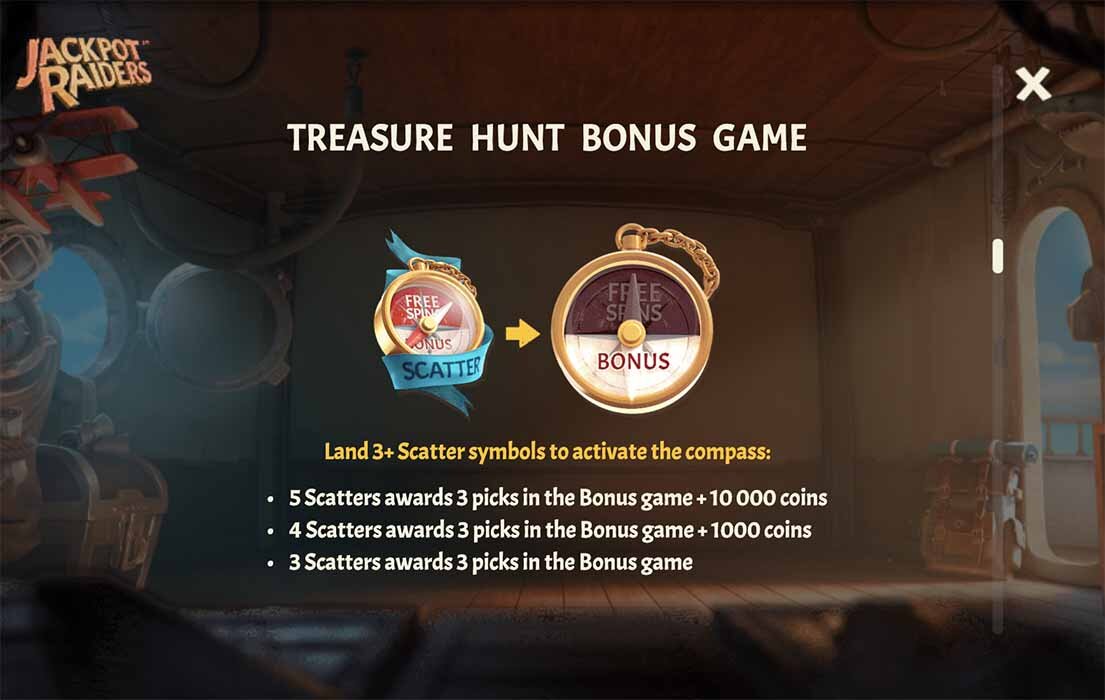 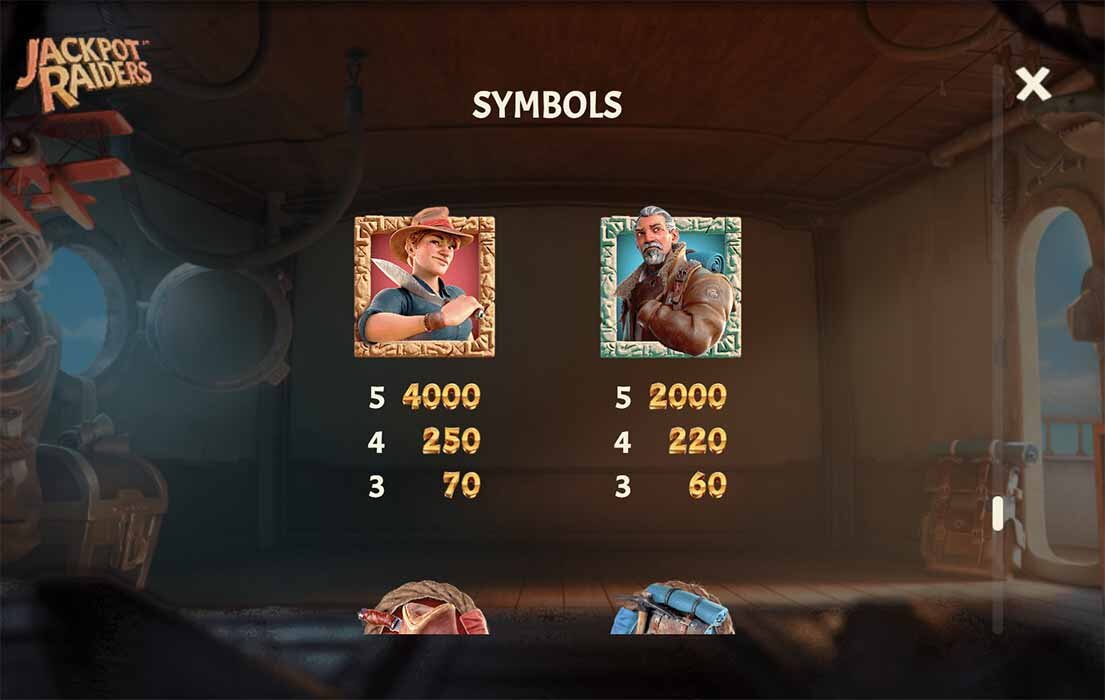 Players love Jackpot Raiders for its many bonuses. The game offers a lot of excitement that other slot machine games don’t even come close to topping.