Jungle Jim El Dorado is a popular video slot machine game with superior animation. The video sequence that introduces the game, which involves searching for El Dorado, known as a legendary city for finding gold in, has many excited about the game before they even begin playing it.

Players will find that Jungle Jim shares similar qualities to Indiana Jones in his younger years. Throughout the game, Jungle Jim must make his way through the jungles of South America, which is where the majority of game play takes place. He must also venture into the gold laden treasure room which is thought to be located in El Dorado.

To keep the game screen feeling more authentic the reels are held up by transparent reels so as not to obscure a player’s view of the background. When the reels are spun and winning combinations of symbols are achieved, the symbols explode or fall in order to make room for more incoming symbols, which can greatly increase a player’s chances of winning money.

The symbols that appear on the reels include rare gems and native treasures as well as coin chests, flutes, statues and snake sceptres. The rare gems include uncut, rough rubies and diamonds designed to look as they would appear in a jungle. For many players it is the attention to details such as this that make the game so visually compelling. 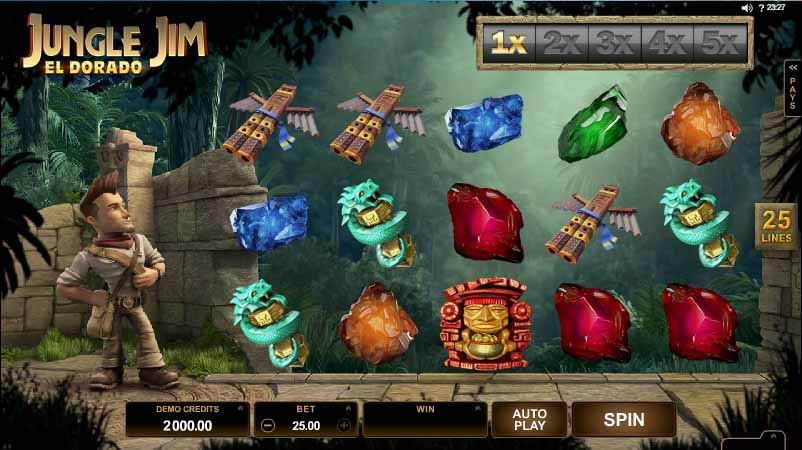 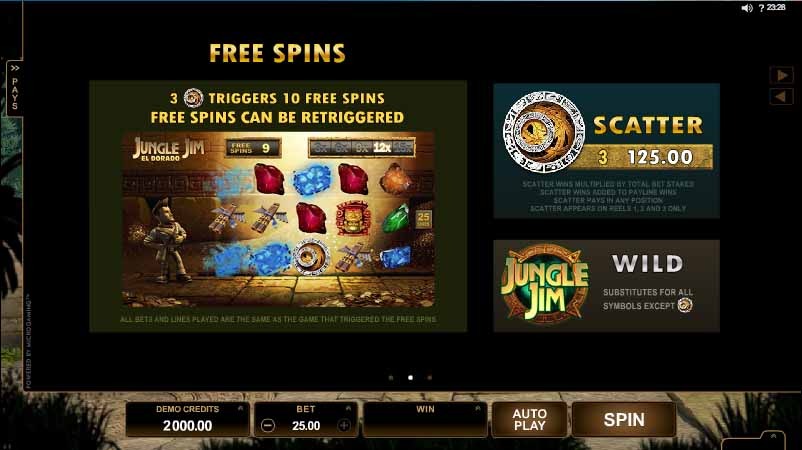 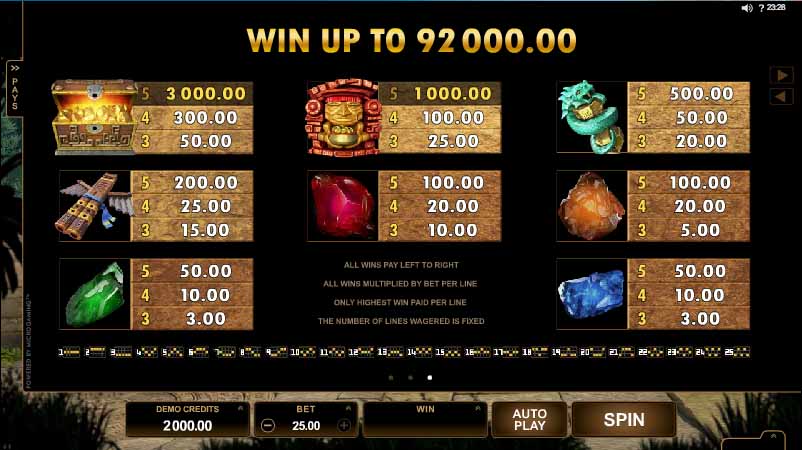