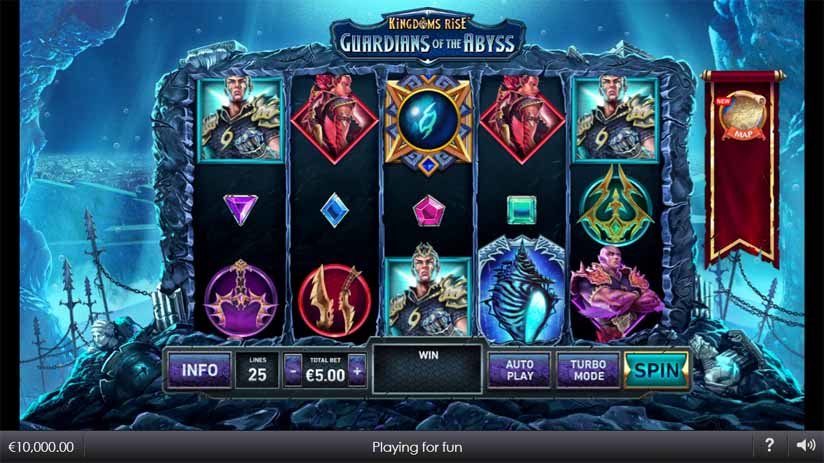 Kingdoms Rise Guardians of the Abyss

Kingdoms Rise: Guardians of the Abyss is unique because it is one of a trilogy of online video slots. The other two games in the Kingdoms Rise trilogy is Sands of Fury and Forbidden Forest. All three games follow the same map and players can use this to move between games. They even have the option of buying a chance to play the bonuses of the trilogy’s other games.

This game is set under the waters of Atlantis. Three guardians are watching over the Atlantis to keep it safe. They are Odeon, Akali, and Jax. The reels are filled with symbols such as all three guardians and the weapons they each use. In addition, glowing shells serve as the game’s scatter symbol while the official guardian symbol is the wild, which is the game’s highest paying symbol.

Getting three of the shell scatter symbols on the reels at once starts the Guardian bonus feature. Each shell represents one of the three bonuses. The guardians have a unique bonus assigned only to them.

Odeon gives players a certain number of his symbols on the reels. The game randomly chooses how many symbols to add to them. Akali does the same thing, but he does it with wild symbols. Jax randomly rewards players with a multiplier anytime a wind lands on the reels.

By spinning the reels, players can collect tokens. Those tokens can later be used in the game’s Feature Shop. This is where players can buy the chance to play bonuses for the other Kingdoms Ruse games.

Each bonus requires players to pay a different number of tokens. The cheapest bonus is 300 tokens while the Queen’s Ritual Bonus (a three-level game,) costs 1500 tokens to play the third level. However, for those 1500 tokens players can enjoy free cash, multipliers, an option called “win all,” and even extra picks.

The game also has three progressive jackpots. Two of the three are timed, but one is un-timed and unlimited. For many players, this is their favorite bonus feature in the game. 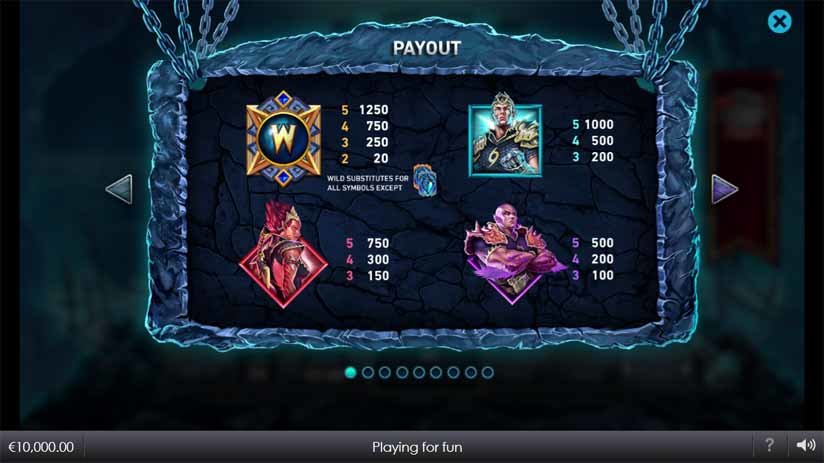 As part of a trilogy, Kingdoms Rise: Guardians of the Abyss has a lot to offer. Its bonuses are unmatched by other games, and players love getting the chance to buy into the other bonuses. These are the main attractions of this game and one reason that it has been popular.