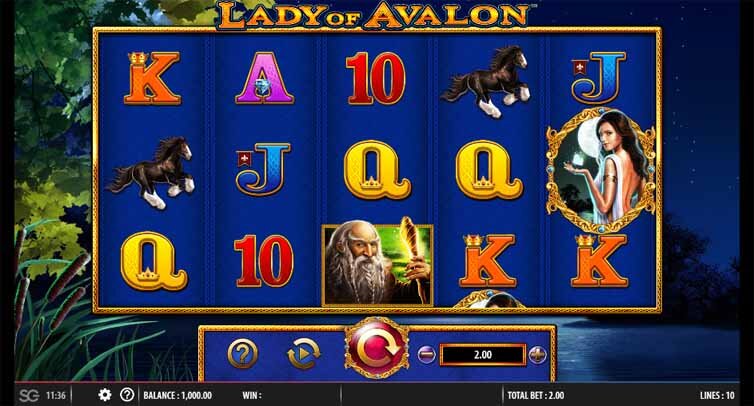 The Lady of Avalon online slot is set on an island of the same name. Avalon Island is said to be the home of its goddess. Based on the theme of Camelot, Book of Ra players will find that this game has a similar feel.

The dark backdrop of the game is accentuated with some prominent looking trees and foliage. Players see the Shore of Avalon Island in the background. The game’s animation quality means that the trees are swaying in the breeze, adding a calming touch to the Lady of Avalon experience.

While the Lady of Avalon plays an important part as a scatter and wild symbol in the game, she isn’t the only one to look out for. Other symbols seen on the reels include wizards, horses, castles and books, perfectly supporting the Camelot theme.

Play Lady of Avalon for free

When players get three instances of Lady of Avalon on the reels within one spin, they get 10 free spins. An increasing number of coins are also given to players, based on how many scatters they get on the reels. In addition, if three more scatters appear during the free spins bonus, players win more of them.

Prior to the beginning of any won free spins, one of the symbols transforms into something special. Anytime the required number of a particular symbol appears on the reels during a spin, they become expanding symbols. To get this, there must be two higher paying symbols on the reels or three lower paying ones. When they fill the entire reel it covers 10 pay lines. All 10 translate into winnings for players. Those that get five of the wizard symbol on the reels at once get a five of a kind win. This awards them with a cash payout of 500 times the amount of their most recent bet. 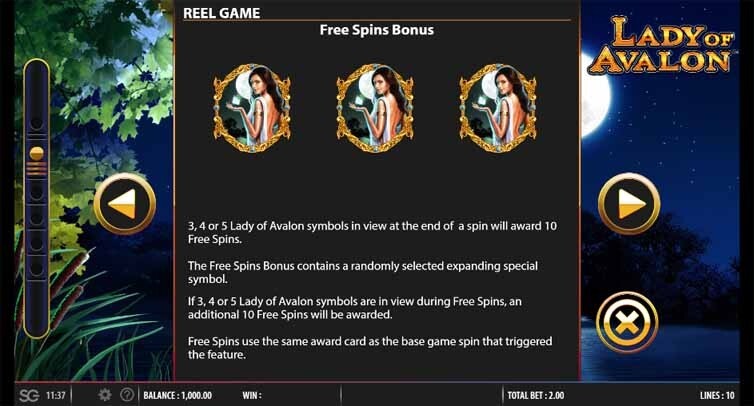 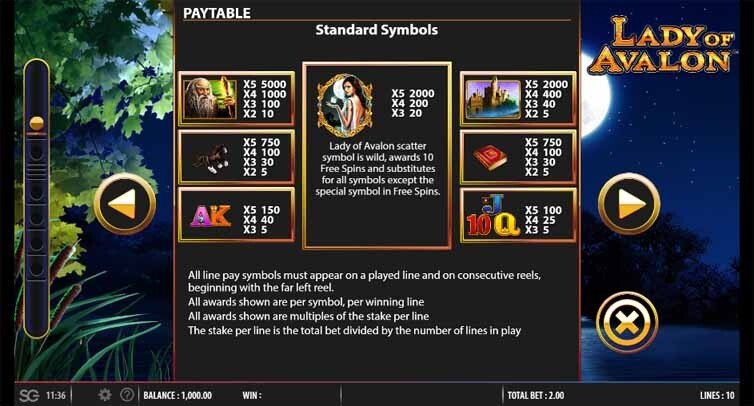 Not being overly complicated, Lady of Avalon may be the ideal game for players new to slots. While seasoned players may or may not like it, Lady of Avalon provides an easy way to learn. Its bonus features are fun without being too flashy. They have the potential to pay out large amounts to the luckiest players.

Lady of Avalon is a game that can easily be played on a desktop computer as well as a tablet or mobile phone. The graphics hold up just as well on any device. Combined with a soundtrack that gets players enthusiastic, the game has many appealing aspects. Its somewhat unique theme is likely to catch the attention of many players. The ease in learning the game means that anyone can quickly use it to help them unwind and enjoy their day.