Norse mythology is not exactly a new theme for online video slots. Since many players are familiar with the story of Loki, the Legend of Loki slot is something that attracts their attention.

For those who aren’t familiar with Loki, he is a legend in Norse mythology, who has a unique ability. As an enigma, at any time he can take the form of a male or a female. This is what the game is based on.

The starry night sky behind the reels set in barren land is the backdrop for the game. On the reels are figures from Norse mythology. They include Frigg and Odin, as well as Thor, whose hammer serves as the wild symbol. The scatter symbol is a green sphere surrounded by an elaborate gold frame.

There is no shortage of cool bonuses in Legend of Loki. Prior to the reels being spun, Loki works his magic and summons the sceptre. When this happens, there are sticky wilds fixed to the reels. Players then spin the reels and try their luck. If they don’t get a winning combination of symbols, the storm shower bonus feature may be activated. It takes different symbols on the reels and makes them match, leading to wins for players.

If those matching symbols land on the first reel they stick to it. The stacked re-spin bonus feature is then triggered. The re-spins continue for as long as matching wilds keep appearing on the reels.

The game chooses one of its symbols randomly and makes it a sticky wild for the duration of those bonus spins. While that one symbol will be sticky, the regular wild symbol won’t. The only downside to the free spins feature is that it can’t be re-triggered while the feature is being played. 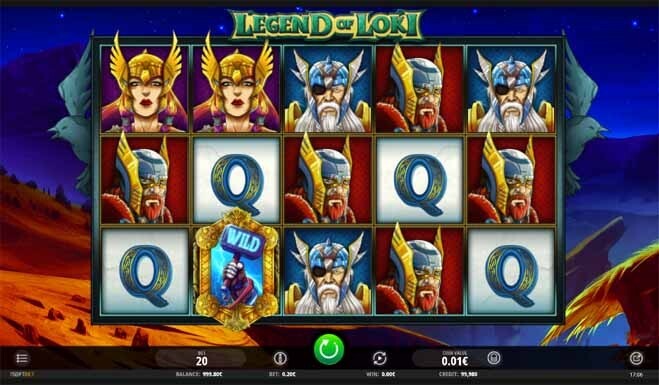 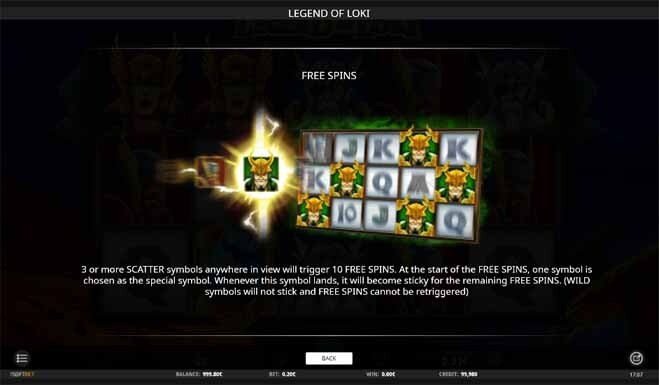 Legend of Loki players aren’t confined to their desktop computer. The game runs just as well on mobile devices, such as tablets and smart phones. The graphics and sound effects are the same no matter how a player accesses the games.

They also aren’t just limited to this game if they enjoy the Norse theme. Other games that share this theme include a series featuring Vikings. Go Wild, Go Berzerk and Go To Hell are the games that make up the series, which players have embraced.