Lucky Lanes is not presented like the typical slot machine. Found at select online casinos, the game is designed for those who love to drive. It takes a unique approach to slots that other games don’t.

Set on a three lane highway, Lucky Lanes lacks traditional reels. Instead, players see three rows of three vehicles each. For every spin, the vehicles travel a certain distance. Each vehicle is a different symbol in the game. They include a police car, tractor, cab and dollar car. The dollar car is the game’s highest paying symbol.

A hazard sign is the game’s wild symbol. Players should also keep an eye out for the helicopter above the street. It will randomly appear when the vehicles stop. If the helicopter shows up it drops a wild onto the reels and any winnings are calculated.

A truck is the scatter symbol in the game. This is the key to free spins.

With three of the truck on the reels at once, players win 10 free spins. During free spins the wild symbol becomes stacked. Players may also re-trigger free spins if they get three more trucks on the reels.

The best part about free spins in Lucky Lanes is that they guarantee a win. Players win a minimum of 10 times the amount their bet was worth. Another perk of Lucky Lanes is that its progressive jackpots are randomly rewarded. Players may win the minor, major or epic jackpot. 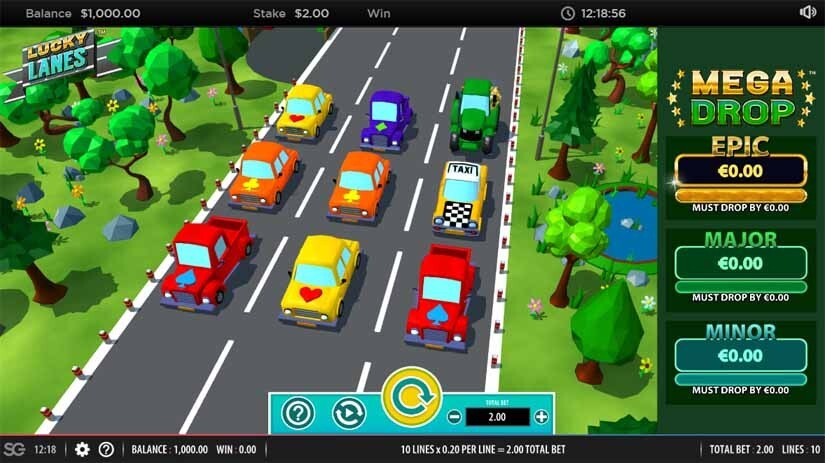 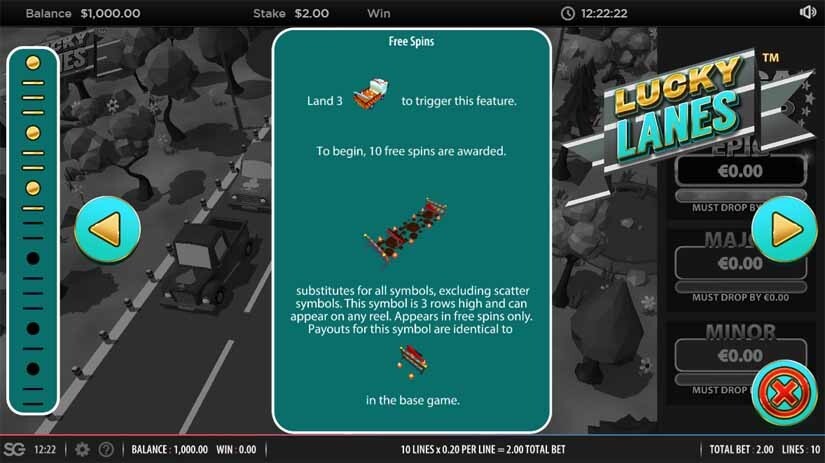 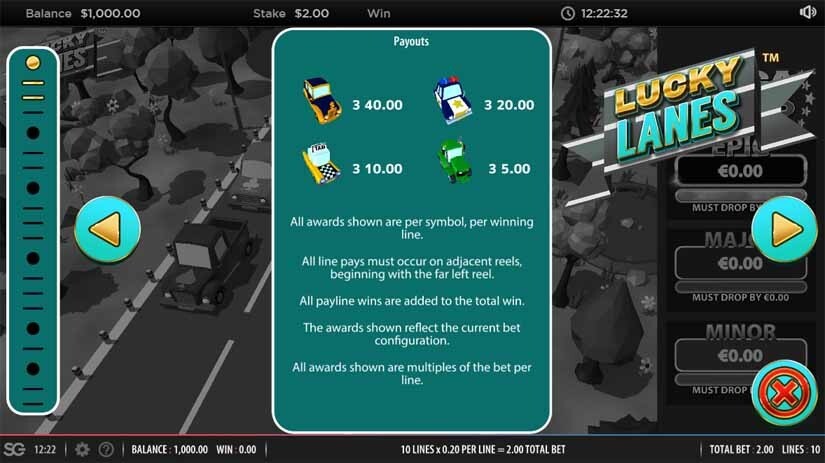 No one is a stranger to road trips. Most likely everyone has or will take one at some point in their lives. This gives Lucky Lanes broad appeal to players throughout the U.S.

The animation of the game gives it the feel of a children’s cartoon. Watching the vehicles move forward with each “spin” is something for players to enjoy. While the game is light on features, it is certainly easy to learn and follow.

For players who are looking for a simple gaming experience, Lucky Lanes delivers. Some players may find watching the vehicles move to be relaxing. At any rate, the game is suited for the most laid back of players.

Though big wins aren’t likely in these games, for those playing for free, it can serve as mindless fun. The only promise of riches is to the lucky players who are rewarded with one of the game’s three jackpots.

Players looking for a more fast paced version of Lucky Lanes may enjoy Playtech’s Wheels and Reels. For everyone else, Lucky Lanes is a burst of fun that never gets too crazy.