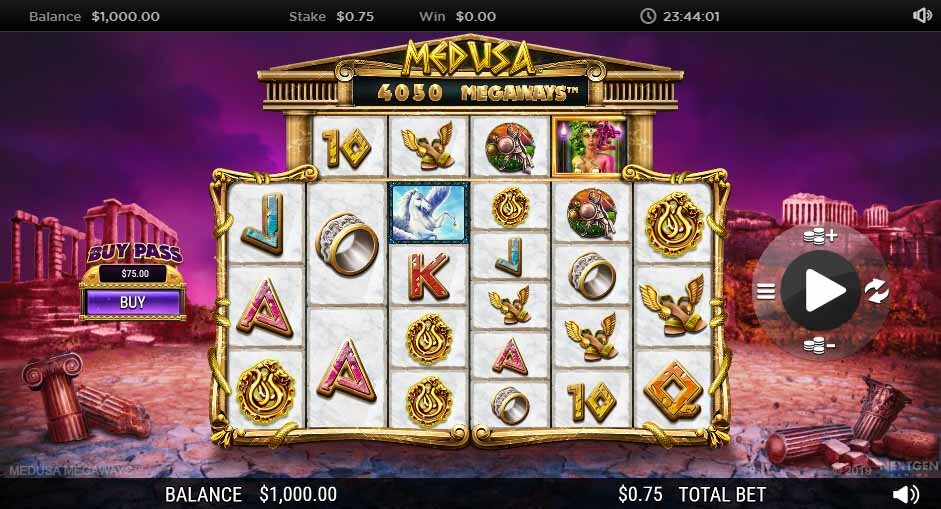 Greek mythology is a common theme among online and land based slots. One of the many Greek mythology themed slots is Medusa Megaways. Few players have never heard of Medusa, giving the game a worldwide appeal. This is evident in the fact that Megaways is the third in a series of Medusa games.

The reels are held up by a Parthenon. Beyond that, players see that the background consists of an ancient city lying in ruins. The themed symbols on the reels include Pegasus, the winged shoes of Medusa, a battle shield, ring and a snake wearing a brooch. The game’s logo serves as its scatter symbol while the image of Medusa is the wild symbol. While the reels are spinning, suspenseful music is played to help build anticipation. And when symbols form a winning combination, players hear thunder and other loud, imposing noises.

To get free spins, players must get three of the scatter symbol on the reels at once. When this happens, they get 10 spins for free. If it happens again during free spins, they are retriggered to give players an extra free five spins.

During regular gameplay or free spins, it is possible to get Medusa on the reels. There is one extra reel added to the game screen, where Medusa shows up. She turns into an expanding wild and covers the entire reel she is on. Every symbol on that reel then becomes a wild as well. 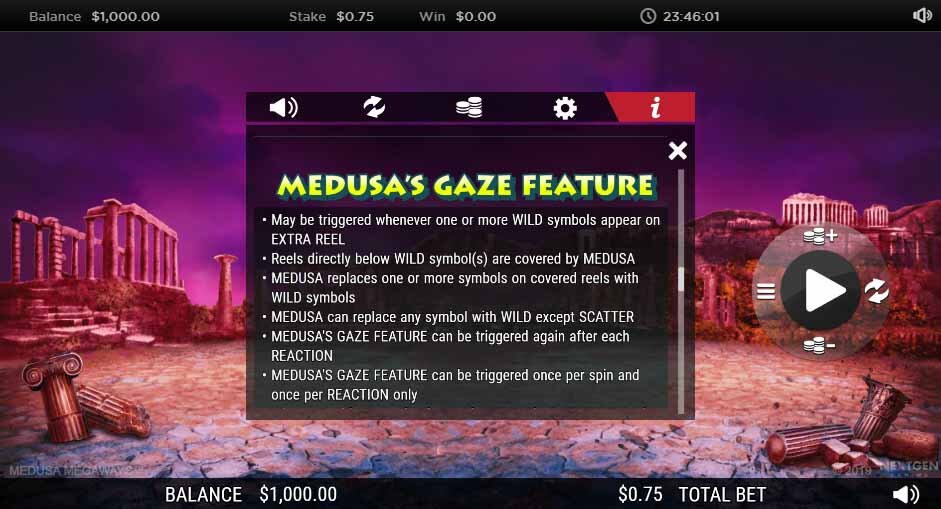 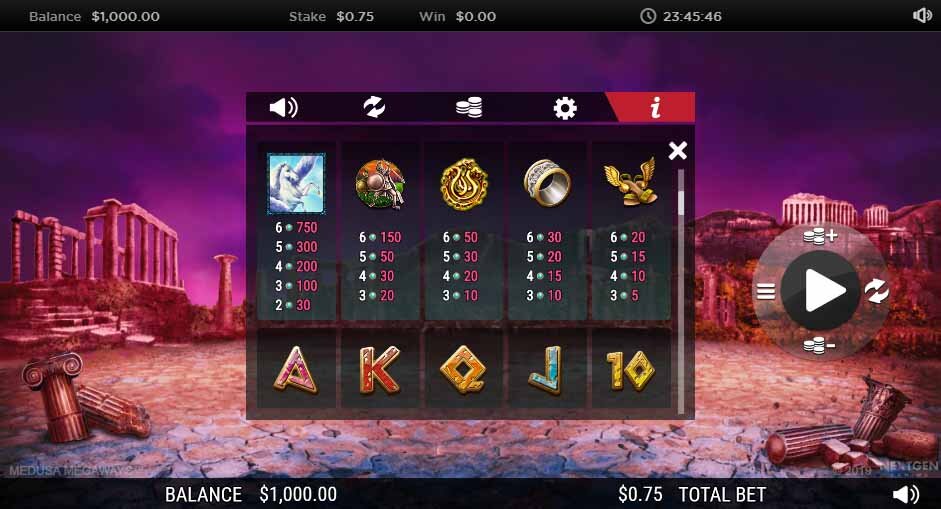 Players can also anticipate the excitement of the Temptation feature. This feature gives them a second chance to play the free spins bonus round. If players choose the Temptation feature they give up their winnings from playing the free spins bonus the first time around. They get a second chance to win more money with the same value multiplier and same number of spins for free. For brave players, this is a favorite feature.