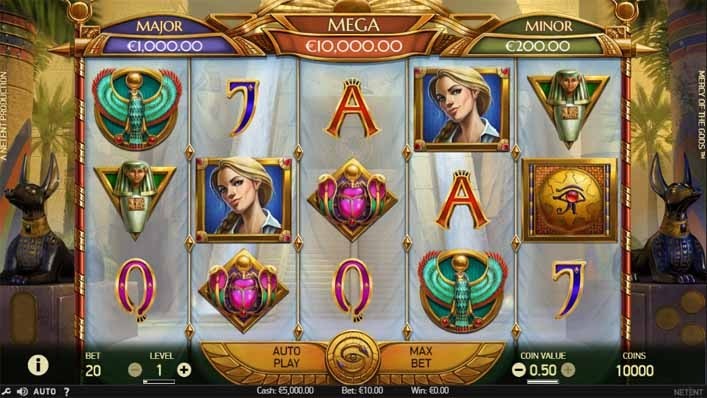 Egyptian mythology is not even close to being a new theme when it comes to online or offline slot machines. The Mercy of Gods slot is just one example. It was designed to act as a Divine Fortune sequel, a game found at many casinos.

At the beginning of the game, players see the entrance to an ancient pyramid flanked by one Anubis God on each side. Above the reels are ornaments representing the game’s three progressive jackpots. To the right of the reels lie the place where the coins are collected in order to trigger one of them.

The symbols seen on the reels are a female explorer, scarabs, Tutankhamen, and the Horus falcons. The female explorer is the highest paying symbol in the game. There is also a bonus symbol represented by a golden heart and the scatter symbol is the Eye of Horus.

Anytime a wild symbol lands on the reels, players get a free re-spin. The re-spin brings with it a walking wild. This when the wild gradually moves from one side of the reels to the other. The re-spins and walking wilds continue until the first spin where a winning combination is not achieved.

In the event that one wild ends up on the reels behind another one, players will experience the feature called The Gift of Double Wilds. This is a feature sometimes seen in new slots. It turns the wild symbols that triggered it, into expanding wilds. The expanding wild will fill a reel. That reel will then act as a walking wild would, traveling from one end of the reels to the other.

Mercy of the Gods Slot Info

Mercy of the Gods Screenshots 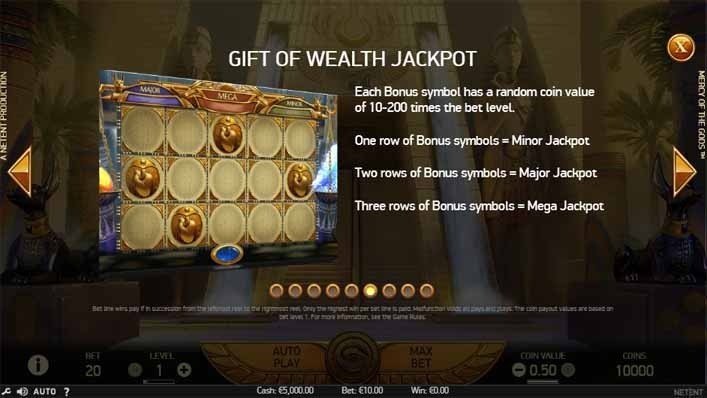 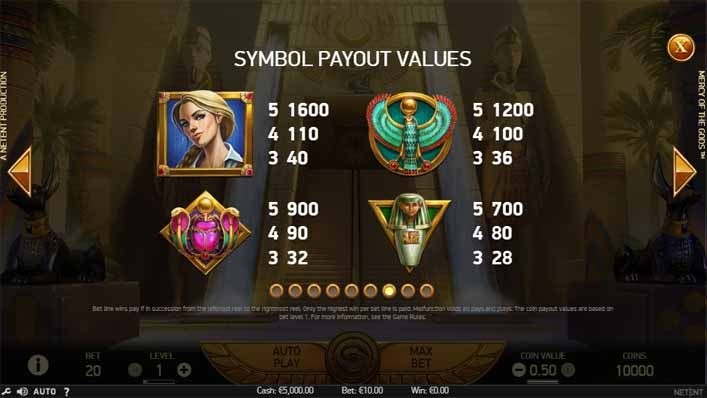 Mercy of the Gods is a popular game with players. Its graphics and bonus symbols make the game intriguing.