Miss White is IGT’s sequel to their 2014 release of the online slot called Miss Red which was based on the fairy tale of Little Red Riding Hood. Miss White is a game of similar design based on the story of Snow White and the Seven Dwarfs. The game has an innovative End2End technology and MultiWay Xtra wagering and comes with icons which include the princess and the dwarves, a royal castle, prince charming, an evil sorcerer, ruby, another bird, worm, pickaxe and flowers, all of which are related to the theme of the game. The End2End transforms symbols into White Dwarf symbols for big wins and there are superb free spins features which give you up to 280 free spins if you are lucky.

Miss White comes with 5 reels and 1,024 ways to win and is playable from just 45p a spin. This classic fairy tale comes to life as you join Miss White and the 7 dwarves on this adventure. The End2End feature which magically transforms symbols and stretches them over your symbols to more winning combinations and offers more ways to win.

In addition, there’s a Magic Mirror Free Spins Bonus feature which is activated by getting 3 bonus scatter symbols anywhere on the 3 middle reels (reels 2, 3 and 4). You then get to select one of 5 applies to reveal your free spins total- you will get between 5 and 15 free spins initially.

The great thing is that the End2End expansions are abundant in the feature resulting in bigger wins. You can also reactivate the feature with as much as 280 free spins possible. The Miss White model is available on several reputable casinos and are all powered by the software developed by IGT. Most gambling houses allow testing of the slot machine even without registration on the demo version.

In conclusion, the Miss White has an outstanding way of forming the combinations and the developers should receive loads of praise for its End2End feature. The graphics and funny animated effects of the game make it incredibly fun to play and although the cash back index isn’t the highest, it is acceptable still. The slot is really entertaining with low to medium variance and with its compatibility on several devices, it means the fun never ends. 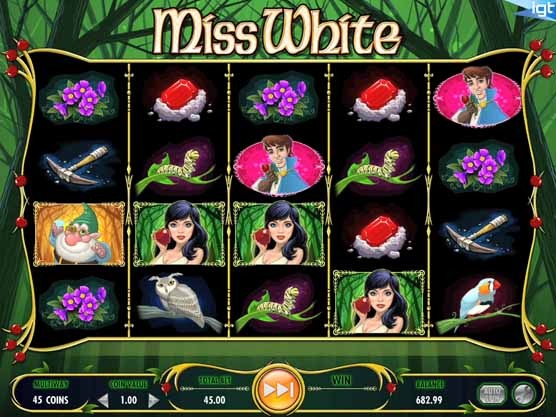 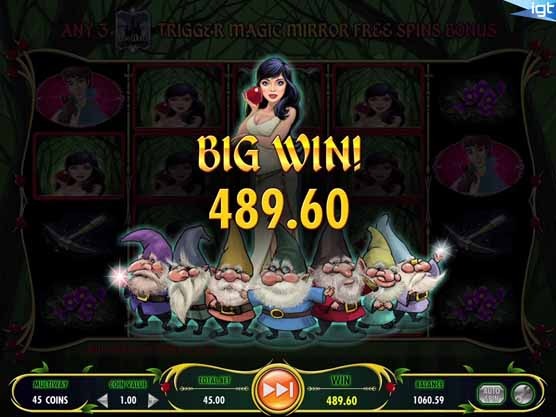