Everyone is familiar with Monopoly. Due to its longevity and overwhelming popularity, the board game has inspired many video slot machines, found at both online and land-based casinos. This includes WMS Gaming’s Monopoly Grand Hotel, which is an online progressive jackpot slot.

Players will recognize the familiar hotel and house icons, which are used as scatter symbols in the game. There is also a special bonus scatter represented by the game board’s famous “Go” space. Other symbols seen on the reels include dice, a Rolls Royce, a private jet and a yacht. The bonus symbols are the famous Free Parking sign as well as the dog that serves as a token in the board game. The wild symbol in the game is Mr. Monopoly a.k.a. Mr. Moneybags. It can make its appearance on the second, third and fourth reels only.

When players get the “Go” symbol on the reels three times in one spin, they trigger the accompanying bonus. Players then get to spin a prize wheel that may reward them with cash, eight free spins or a progressive jackpot win. The jackpots pay out anywhere from 10 times to 100 times a player’s bet. Players that win free spins get six of them. This can lead to winnings of between five times and 20 times a player’s bet.

Whenever the reels are spinning, they may land on red hotels and green houses, just like in the board game. Every property seen on the reels has its own cash value. Getting at least six of these on the reels at once guarantees players free spins. If players get six more during free spins, those free spins are retriggered. This can happen to the luckiest of players as many as 15 times in one game. Those that achieve this get 240 spins of the reels for free. 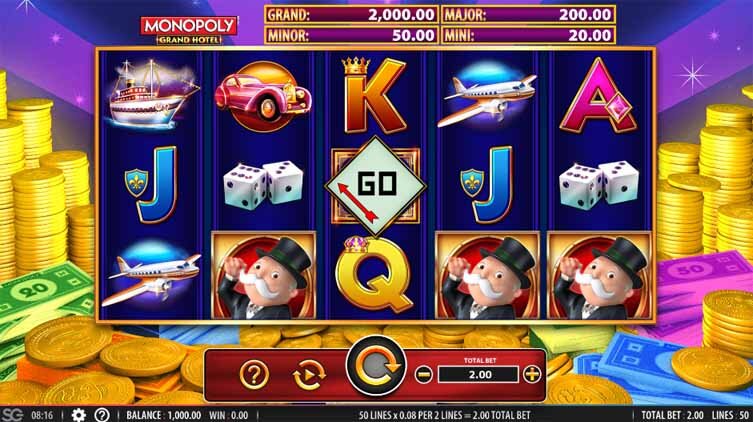 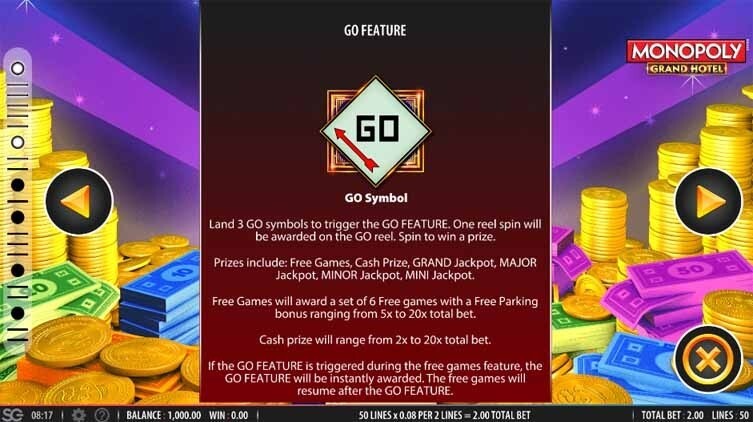 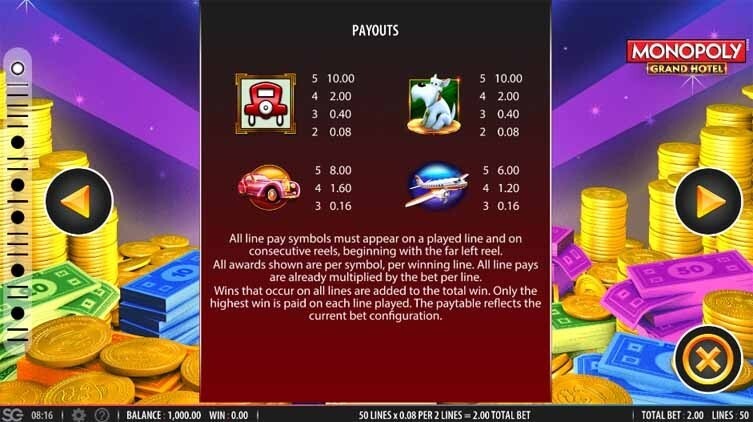 Monopoly Grand Hotel is another popular slot title boosted by the worldwide appeal of the board game. It is a game that most players are willing to try at least once. The theme of the slot perfectly supports the board game, keeping it alive in a time when board games are no longer the norm.

For players that want to enjoy games wherever they go, Monopoly Grand Hotel is easily accessible. It can be played on a desktop computer, smartphone or tablet. The quality of the game is just as good no matter how a player accesses it.

Though the game lacks as many bonus features as other slots, it still has a place in the industry. Many players will try it simply because they grew up enjoying the board game, and they want to keep enjoying it.