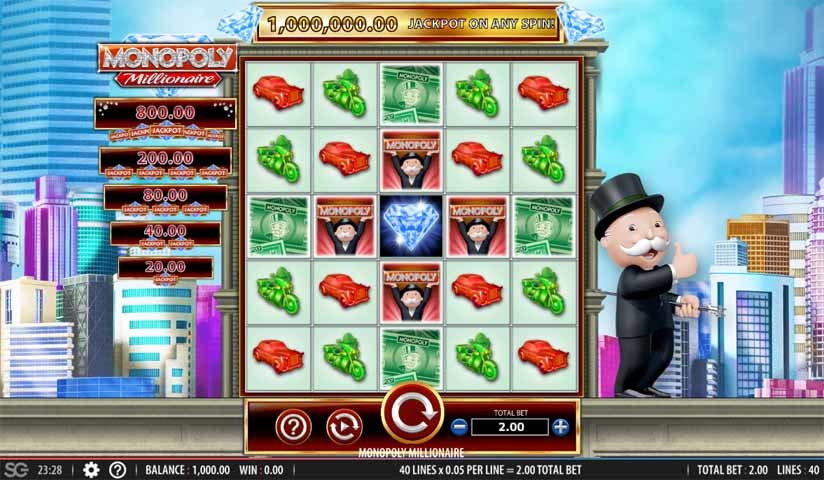 Everyone is familiar with the game of Monopoly. This beloved classic board game has inspired many online and land based slot machines. One of them is Monopoly Millionaire.

The game’s background is a bustling high end city. High rise buildings make up of the city landscape seen behind the reels. Standing to the right of the reels, a tuxedo clad Mr. Monopoly is giving players an enthusiastic thumbs up.

The reels are filled with familiar sights to any millionaire. Symbols used include a bright green motorbike, a pink plane and a blue boat. Others include cash and even Mr. Monopoly.

A diamond is the game’s highest paying symbol. Players that get it across all the reels in one spin win the amount equivalent to 2.5 times the amount they placed on that spin. There are also chance and mystery symbols that players will recognize from the board game. The scatter symbol in the game is the Big Wheel Bonus, a colorful symbol players should be on the lookout for.

Monopoly Millionaire is packed with many bonus features. The mystery and chance symbols become one and the same when they land on the reels. Players are then paid out their winnings accordingly.

There is also a community chest bonus that appears randomly. It can be triggered after any spin of the reels. Players are presented with three yellow community chest cards. The one they click on determines the value of the multiplier they will get.

Getting three of the Big Wheel Bonus symbol on the reels at once gets players free spins. Players are then given a chance to spin a different wheel. On this wheel are the addresses of the properties on the classic Monopoly board game. Each address has its own cash prize assigned to it. Players may even win one of many additional bonus features.

The additional bonuses are Railroad, Free Parking and the Electric Company. The Railroad Bonus gives players eight spins of the reels for free. On top of the reels is a railroad track. A train runs along it is filled with multipliers. Players will have one of them applied to their free spins. 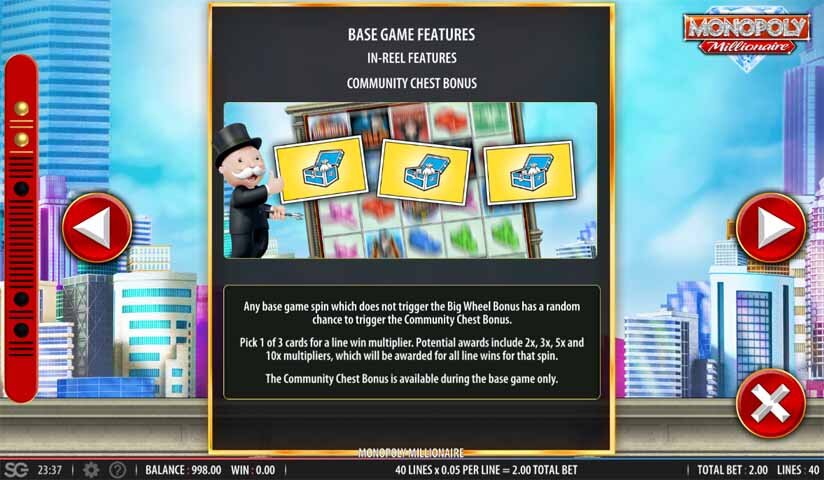 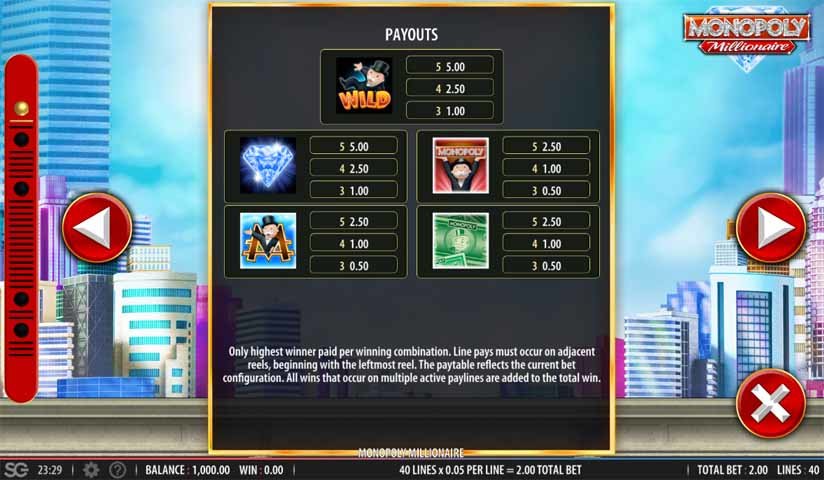 In the Free Parking Bonus, players are transformed to a screen featuring a car park. They are presented with 23 cars and have to click on five of them. Each car has a cash value assigned to it. Players win the amount of the cars they pick.

The Electric Company Bonus also awards players 10 free spins. While those free spins are being played a switch symbol may land on the reels. When it does, it lights up the bulbs seen on the reels. This leads to winnings for players.