Myth of Medusa is an online slot machine based on the character. Its dark overtones attract players who aren’t necessarily impressed by cheery, flashy slots.

Behind the reels players see columned buildings made of marble. Gorgon watches over the reels as they spin. On the reels players will see two winged horses, and a vase and warrior’s helmet from ancient times. A mirror is the scatter symbol and Medusa is the wild. There is also the bonus Perseus symbol in the game that can reward players with a cash award that could equal double the amount of their bet.

The bonus symbol triggers free spins when it lands on the first and fifth reels at once. Players then win double the amount they bet on that spin, and also get seven spins of the reels for free.

While free spins are being played Medusa serves as an extra wild symbol. When wilds land on the reels during free spins they become locked wilds until those spins are completed. If the bonus symbol lands on the first and fifth reels again, players get one extra free spin. In addition, bonus symbols act as sticky wilds.

If the mirror symbol lands on the third reel during free spins the Mirror Bonus feature is triggered. The three reels in the middle of the screen are then filled with wilds. This often leads to huge winning combinations for players.

There is also an overlay jackpot symbol in the game, and if players get six on the second and fourth reels while free spins are being played it triggers the Jackpot Bonus, which may award players with the game’s jackpot. 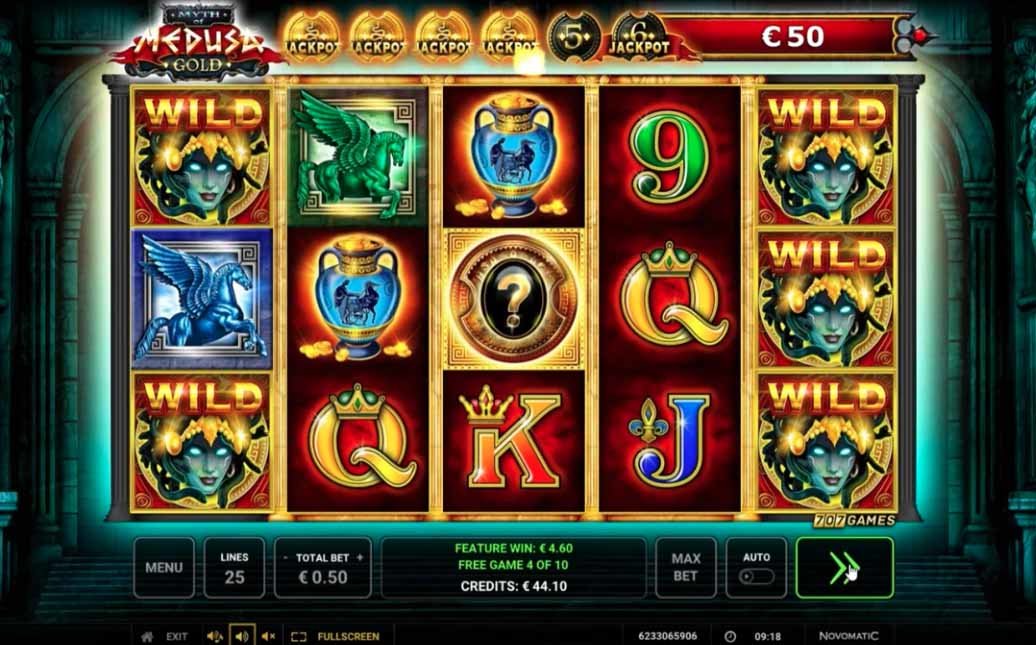 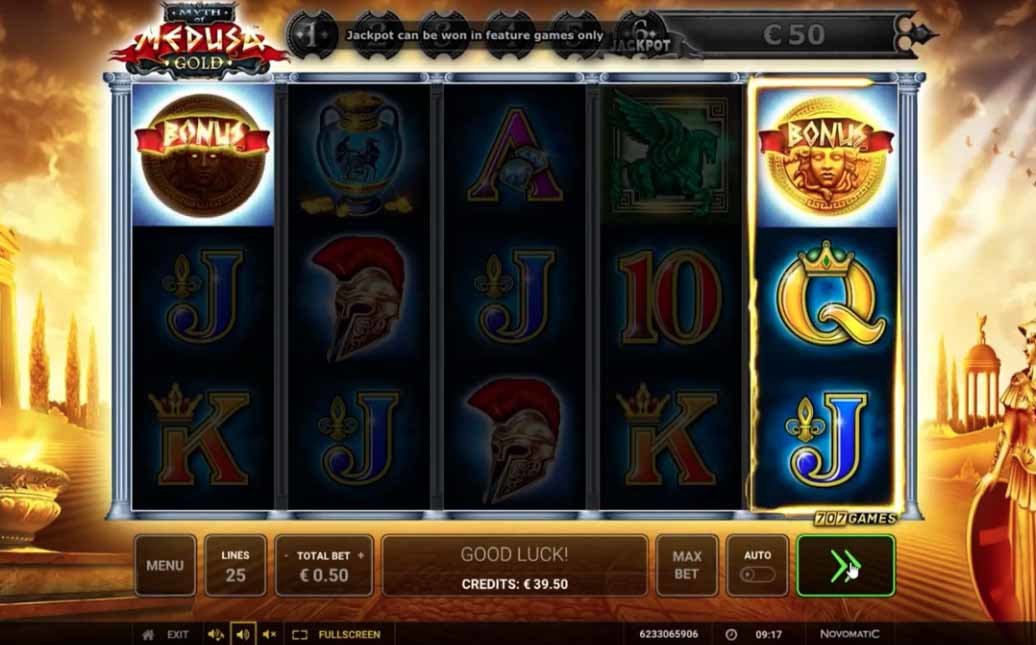 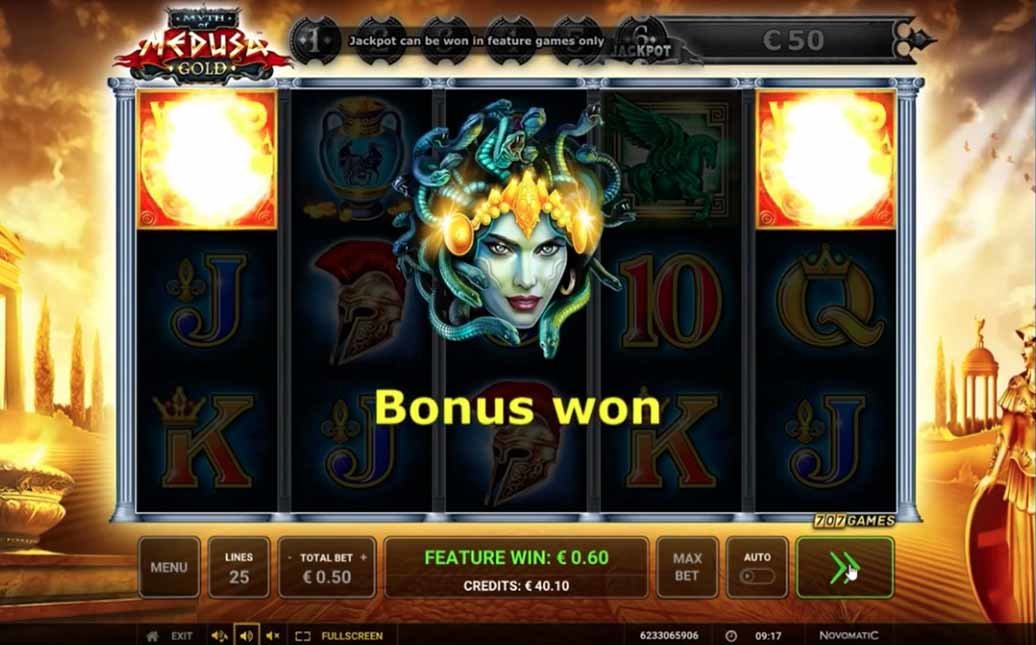 With so many similarly themed slots, Myths of Medusa blends in with the crowd. Its graphics are appealing to some players, but others prefer games that aren’t as dark.

Those players that do enjoy this game may also enjoy Medusa MegaWays. Both games are similar in terms of the bonuses offered. Myth of Medusa is a game that may get players more interested in her story.

The gameplay is very simple, but appeals to those who are looking for a fun experience that isn’t too intense. It is easy for players to learn and follow. Though it doesn’t qualify as relaxing, the game can still be a good way for players to unwind after a long day. They can get lost in the world of Medusa and may even become engrossed in the game. This slot machine has enough bonuses to offer that most players will at least give it a try once.