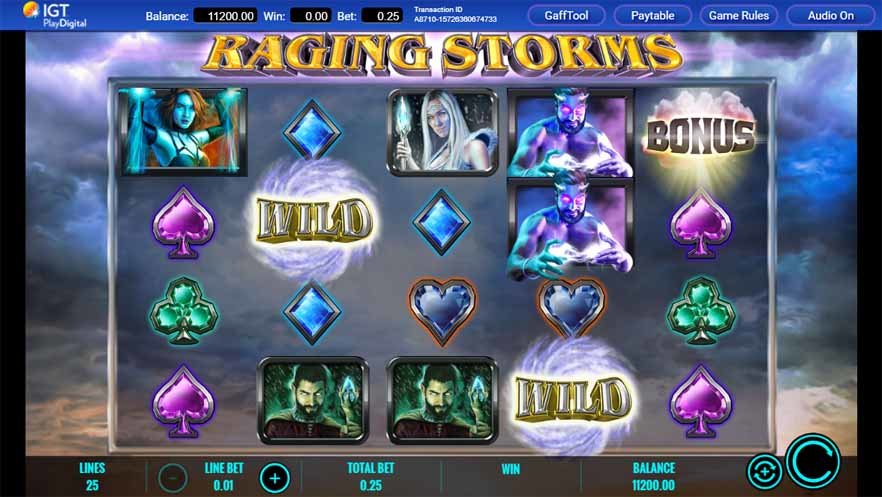 There are few routine things to say about the Raging Storms online video slot machine. It combines two themes that aren’t normally used together; superheroes in comic books, and mythology. This unique approach is one of several selling points.

Another is the quality of the graphics and symbols seen in the game. The background is set in the cloudy sky on a stormy night. The reels themselves are transparent, so the background becomes more noticeable and adds to the game’s ambience.

Four comic book heroes are featured in this game. They use power exuded by the storm gods. Of all the symbols on the reels the lightning god has the highest value. The wild symbol is a storm cloud with the word written on it. The other symbols represent ice, wind, rain, an lightening.

A super storm wild symbol is created when two regular storm symbols collide on the reels. When this happens, players may get a multiplier added to the reels. This can lead to anywhere from double their winnings to awarding them 10 times the amount they would have gotten without the multiplier. The next time the reels are spun the super storm is gone from the reels. 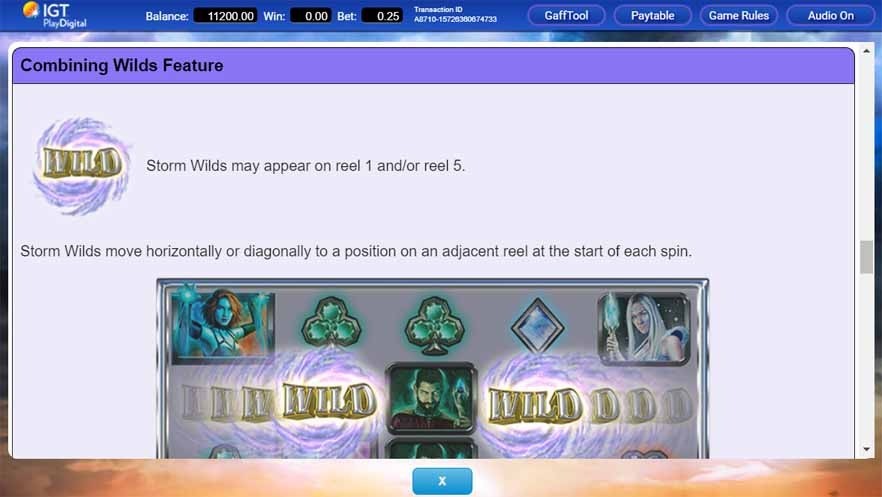 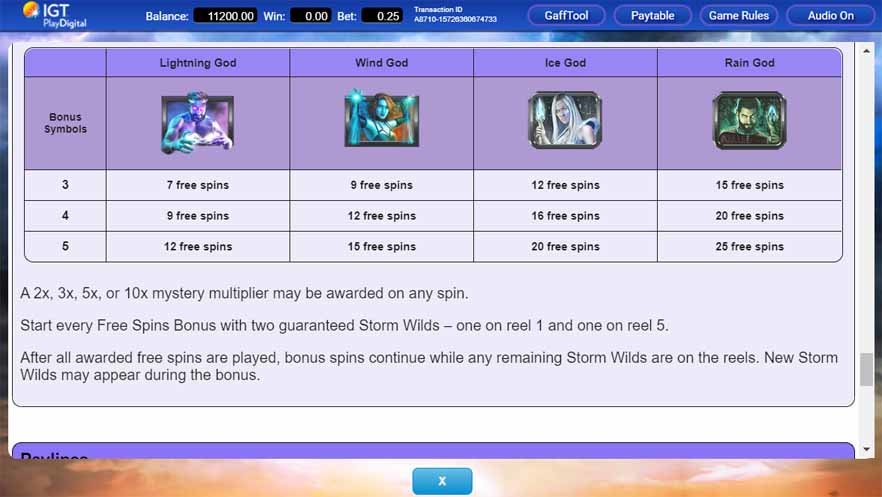 Though it lacks multiple bonuses, Raging Storm can still be a fun experience for players. Its visual aspects make it fun to watch. There is always something coming alive on the screen to keep players engaged in the game. For those who often play the slots, Raging Storms is reminiscent of The Invisible Man, Hyperion, and Theia. For fans of those games, Raging Storm is a natural progression.

Even players that have never tried a slot before will likely enjoy Raging Storms. The energy the game gives off makes it something that even newbies can get into. Its lack of complicated bonuses make it the ideal game for laid back players. The game proves that amazing graphics can make all the difference.