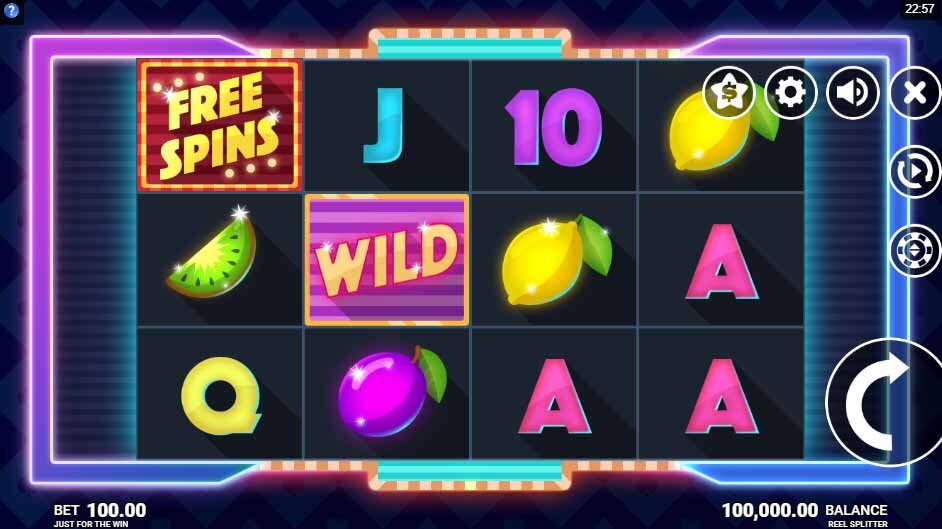 Reel Splitter is NetEnt’s attempt to bring back the classic 3 reel slot machines. However, it is making this type of slot appealing to a new generation of players. Modern elements are used to show players that 3 reel slots still have a place in the gambling industry.

Vivid fruit symbols are used on the reels. They include grapes, lemons, kiwi and cherries. While the word “wild” serves as the coveted bonus symbol, a trio of matching fruit symbols can also become wilds.

Four matching symbols on the reels may lead to respins being triggered. When this happens, an extra reel is added to the game screen. It appears between the second and third reels. The regular reels then become locked while the extra reel is spinning.

It only takes three to four of the bonus symbols for players to get eight to sixteen free spins. The third reel on the screen acts as a stacked wild reel while free spins are played. Win Both Ways applies to free spins, meaning winning combinations can run from left to right or right to left.

The bright neon colors and fun soundtrack breathe an air of excitement into Reel Splitter. It shows players that classic slots are even more fun than they were in the past. It combines the best of both worlds to attract old school and new slot machine players.

The retro style of Reel Splitter is likely to make an older generation of players reminiscent. For their younger counterparts, the style can be just as appealing. Either way, players should be drawn to this game. 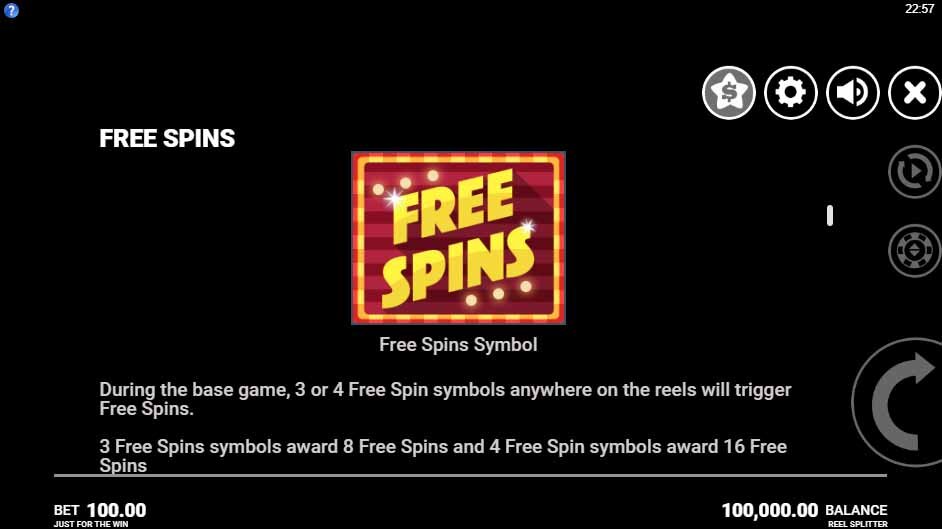 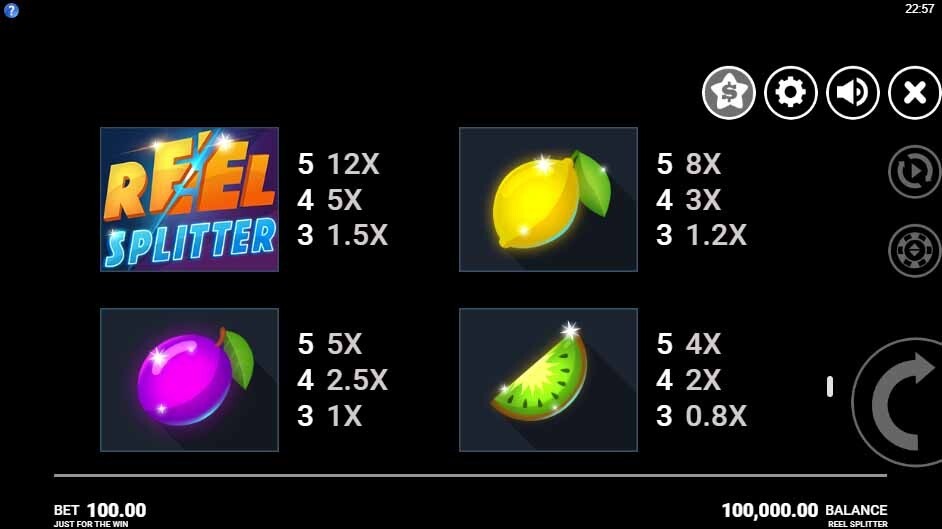 Its overwhelming simplicity makes Reel Splitter destined to become a classic on its own. At the same time, the inclusion of modern features sets this slot apart from most others. Every player can appreciate that the game generally offers four reels, which allows for 84 possible winning outcomes within the game. Even better, if the game board is expanded players have five reels and 243 ways to win. This adds an element of excitement many players would not expect to find in a classic slot machine. It is proof that there is more to Reel Splitter than meets the eye.

The re-spin and bonus symbol features make the game even more entertaining. They give players an adrenaline rush that would keep most coming back for more. In this way, players may give Reel Splitter a chance when they otherwise wouldn’t.

Everyone wants to be entertained when playing a slot machine. This game is sure to deliver that entertainment to countless players of all ages. It has enough modern day elements that players are often curious about its potential.