Anyone who enjoys the subject of magic will want to take a look at the online video slot Rise of Merlin. With a fantasy theme, it already has worldwide appeal to players. The game puts them in a virtual world where they are tasked with keeping Merlin’s castle safe from attacks.

Visually speaking, Rise of Merlin is a very dark game. Its dark blue background, meant to be the interior of the castle, gives it an aura of spookiness that drives home the magical aspect of it. The game’s most valuable symbols are of course Merlin, along with his animal companions. This includes dragons, some that are red and others that are blue and white. Owls round out the game’s important symbols. In this game, the wild and scatter symbols are one and the same. They are represented by a crystal ball.

A feature often seen in slot machines, that was incorporated into Rise of Merlin, is the gamble feature. Anytime players are awarded a cash prize they can take a chance to double their money. The luckiest players may even be able to quadruple it. To do this, players must make a correct guess. Choosing the right suite or color means that players increase their winnings, However, if they guess incorrectly they lose the money they just won. 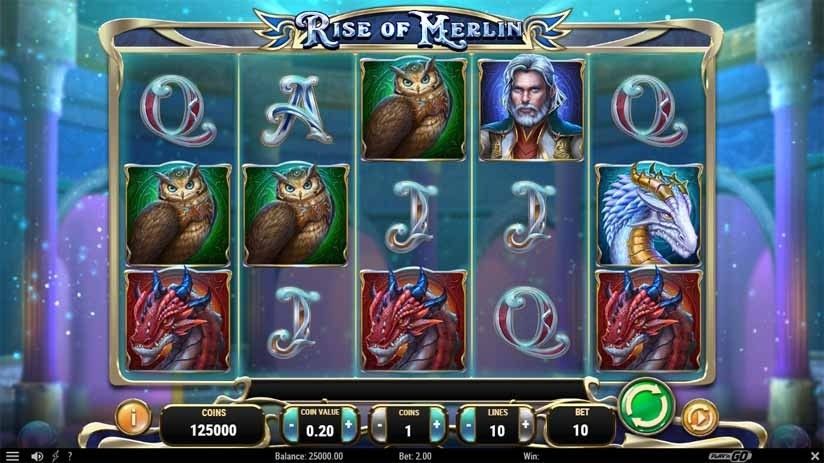 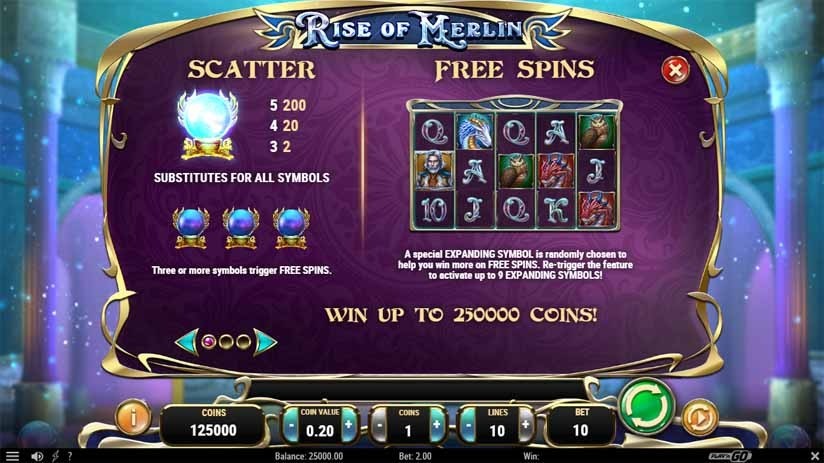 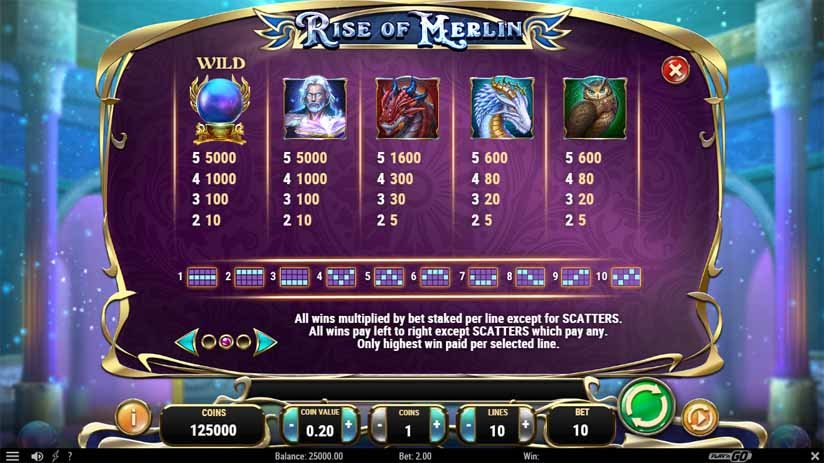 Rise of Merlin casts a magic spell on its players. It is an enchanting experience that they won’t soon forget. Eagle eyed players will notice the Merlin of the game is not as polished as the one in mythology. The one in the game is a less experienced version. This allows for the creative license needed for Merlin to live up to the title of the game.

The magic theme is one that other games have tackled as well. Yet Rise of Merlin still stands out among the others. It offers bonuses that keep players engaged in the game. This is how the game attracts new players.